While doing some research on the outspoken author and atheist Christopher Hitchens, I came across several articles from 2012 that mentioned his FBI file. Two of these articles linked to the documents, and in both cases, they had been deleted. I checked the FBI’s Vault, their online database of released files, but the documents weren’t there either.

Dismayed at the loss of such valuable archival material, I requested the documents myself and received them from the FBI a little over a month later.

While a mere nineteen pages, the file still manages to have a few interesting reveals - like the fact that the FBI was keeping an eye on Hitchens as early as 1970, when he was still a student at Oxford. 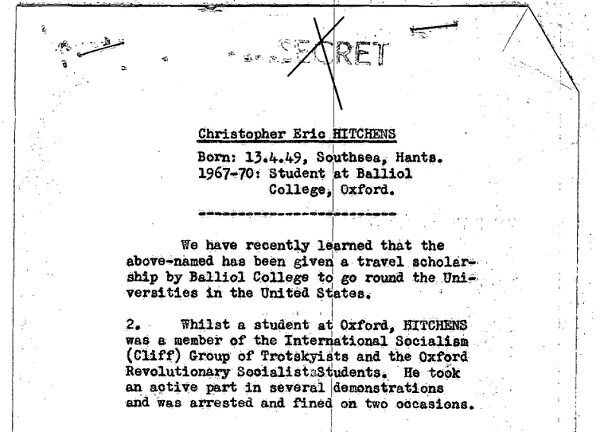 Included in the file is Hitchens 1983 application for permanent residence in the United States - an interesting historical artifact in its own right.

Most interestingly, huge chunks are still classified, will remain that way until a successful MDR. 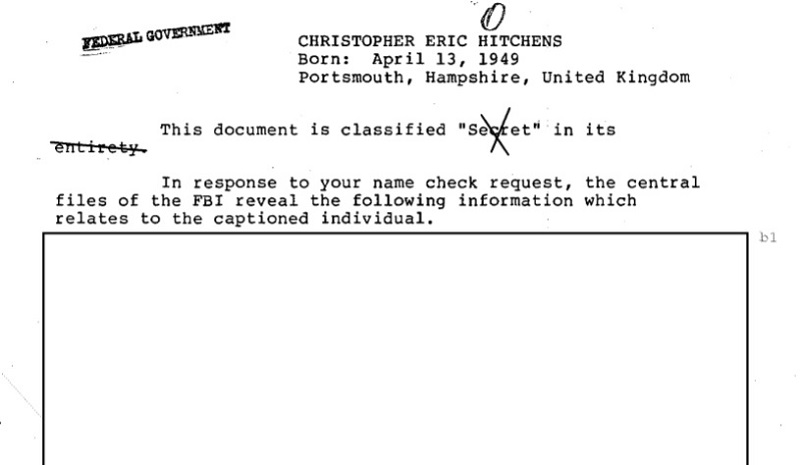 As we discussed last FOIA-side Chat, disappearing files like these are an important reminder that the FBI should not be trusted to be the sole keepers of their history. Take a look through their Vault, and if there’s a file you think should be on MuckRock, let us know at info@muckrock.com, or request it yourself!

Read through the complete file on the request page or embedded below.

Image by meesh via Wikimedia Commons and is licensed under CC BY-SA 2.0