All four drones — including one that property managers only realized was missing because of the audit — eventually made it back to an Army base in the homeland. But the company that’s paid billions of dollars to oversee military inventory had no idea where these drones were for months, and didn’t bother to report that sensitive technology was AWOL.

In 2010, the Army awarded a $1.4 billion contract to AC First. The Ft. Worth-based company, which has won dozens of Army contracts for administrative and logistical services, is responsible for keeping track of military equipment at storage yards in Bagram and Kandahar, Afghanistan. 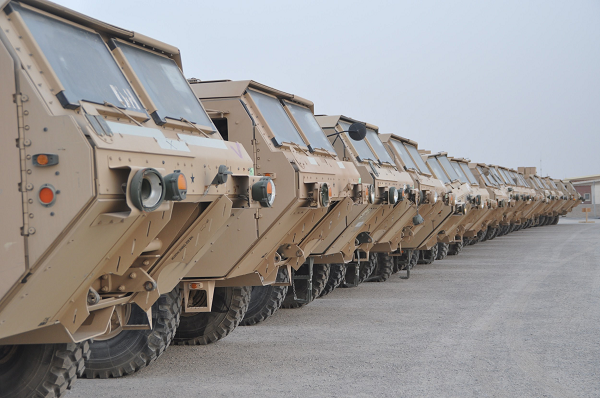 Under the contract, then, AC First should know where any given piece of Army hardware is from the moment it enters the warehouse until it’s either reissued to a military unit or shipped back to the United States. AC First personnel scan unique equipment barcodes upon arrival, and also conduct daily barcode scans.

Such standard inventory accounting mechanisms are meant to ensure that inventory stays current and identify missing equipment immediately. That’s the theory, at least.

When the Defense Department’s inspector general audited AC First’s records, they found millions of dollars in missing equipment, including high-caliber guns, remote battle stations and sensitive technology. Lax oversight allowed AC First to misplace equipment at storage yards without reporting the loss for weeks, or investigating how a particular item was lost in the first place.

Even with daily barcode scans, four Army surveillance drones went missing as they passed through warehouses managed by AC First in Afghanistan.

Three such RQ-20 Puma drones, each worth approximately $500,000 with accessories, arrived at the Kandahar property yard in September 2013, according to the audit report. The Marine Corps uses this hand-launched drone system to survey platoon routes and scan for improvised explosive devices. 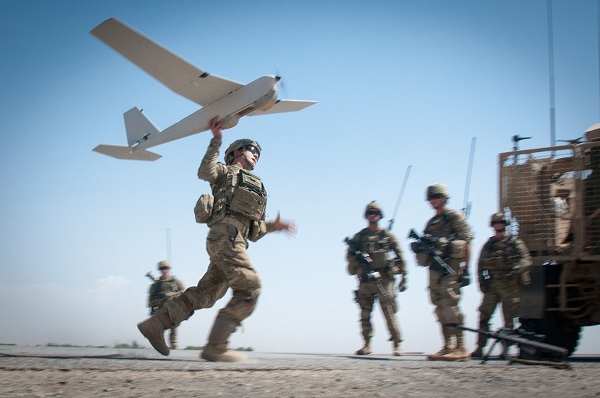 The three Puma drones were bound for an Army drone development office in Huntsville, Alabama. AC First employees scanned the systems upon arrival to the Kandahar warehouse, and continued to list them in daily inventory logs through Christmas Day 2013.

But after December 26, 2013, when the drones were transferred to Bagram en route to the US, property management contractors lost track of them. Their shipping records did not indicate that the drones had been received in Bagram, much less forwarded on to their destination. 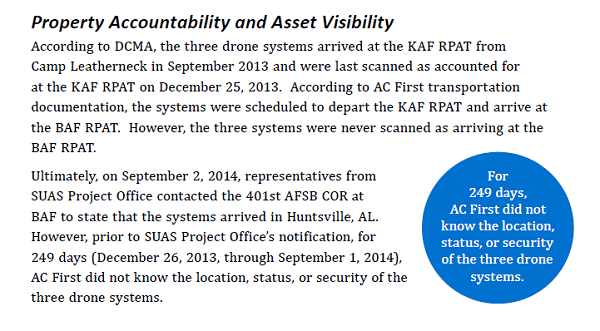 In September 2014, Army drone specialists in Alabama confirmed that all three systems were in Huntsville. But for eight months, the company specifically tasked with — and compensated handsomely for — tracking military equipment had no idea where they were.

“For 249 days (December 26, 2013, through September 1, 2014), AC First did not know the location, status, or security of the three drone systems,” the inspector general’s audit summarized.

That three flying spy cameras worth $1.5 million were missing in transit apparently raised no red flags, apparently. AC First didn’t even bother to report the matter for nearly three months, and never looked into how the surveillance equipment went astray until forced to do so more than a year later.

AC First employees, it turned out, mailed drone systems without requiring a signature upon receipt. (The National Oceanic and Atmospheric Administration shipped drone parts to a college kid in 2014, but at least they investigated what went wrong.) UPS will make you pick up your $15 Kindle case in the suburbs if you’re not around to sign, but this military contractor didn’t bother with first-class shipping on three drones worth more than most houses.

As the contractor worked to solve the mystery, they discovered that a fourth drone system had also disappeared from their inventory records in June 2014 under the same circumstances. This case had also gone unreported and uninvestigated, despite the sensitivity of the missing equipment.

“The government needs to be immediately notified of the loss of accountability of sensitive pieces of equipment, such as drone systems, to conduct a thorough and exhaustive search for the missing equipment to ensure the equipment has not fallen into the hands of our enemies,” the inspector general said.

It took numerous inquiries to the inspector general, the Defense Department, and the Army just to confirm that the fourth Puma drone finally made it back to the Army’s drone office in Alabama after being lost for several months. That’s the problem, in a $500,000 nutshell: why is keeping tabs on such sensitive technology so difficult?

And the craziest part is that AC First faces precious few repercussions for massively bungling its one job.

Under the vague terms of their contract, the Army held AC First to “95 percent property accountability.” Now, it’s reasonable to expect that a few things will get lost in transit. That’s logistics. But this 95 percent rule was a simple headcount that ignored a particular item’s retail value or sensitivity. 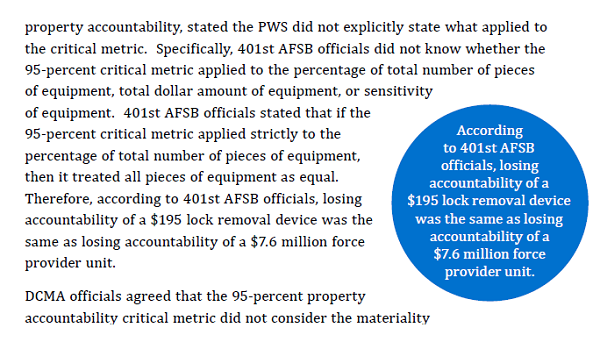 When it comes to misplacing drones and other sensitive equipment, this isn’t AC First’s first offense, either. A previous inspector general report released in 2014 found that inadequate accounting by the contractor’s property managers in Afghanistan contributed to the loss of a Raven B drone valued at $100k.

And yet, in January, the Army extended AC First’s contract through December 2015, and paid the company $46 million in March.

People justifiably flipped last month when Iraqis started tweeting selfies with a crashed Army drone worth $21 million. The four drones highlighted in this audit didn’t fall from the sky. They were lost in transit. And even the worst Fedex clerk would have tried harder to track down such a sensitive package.

Hopefully the military will spring for door-to-door tracking on future drone shipments. And maybe insurance, just in case.