This time, we focus on the state of Iowa, which recently installed the Iowa Public Information Board. MuckRock spoke with Carroll County police and courts reporter Jared Strong, who’s been working with public records his whole career.

Here are some war stories from his work in Des Moines and Carroll: 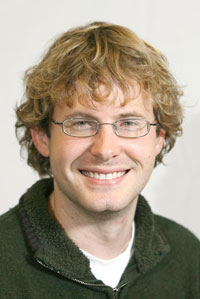 I worked for five years as a courts reporter at the Des Moines Register, and I’ve been here at the Carroll Daily Times Herald for three doing the same. They’re vastly different places to report news in Des Moines, the police are really accustomed to dealing with reporters and they’re a lot more forthcoming with details. Around here, before I came, people were used to putting out very very basic information about cases. In my time here I’ve had to fight very very hard to get people to release more about what happened. I think that for any criminal charge you need to have specific allegations that support that charge. That should be public. For example, even a simple thing like someone gets arrested for drunk driving drunk driving, initially nobody would tell me what their blood alcohol content was, or even why they were stopped. This is just stuff they had never released before. I think overall they’re not trying to hide anything, they just don’t want to jeopardize a case.

What kinds of requests do you usually make, and how do you use them?

Carroll is usually a pretty quiet place, but this summer has been very busy. We had a double murder in a nearby town, and just a few days before that we had a guy who allegedly tied up his ex-girlfriend in his basement, stabbed her, and kept her there overnight. He went off to work and she was able to escape, but they wouldn’t even tell me what she was stabbed with. So I drew search warrants. I love search warrants, they are one of the best ways for you to get information. Usually, you don’t have to request them through FOIA - once they’re not sealed they’re publicly available. I occasionally request unsealed search warrants that I assume exist, that’s been rare and I haven’t been successful.

With this case, I found out a ton through the   search warrants. The police chief had already told me he didn’t use a knife to stab her, so when I pulled the search warrant the only two sharp edged weapons they confiscated were a knife and a sword. So it was likely it was the sword - one plus one equals two.

What’s the worst experience you’ve had filing a request?

The county attorney here has four probation officers, who meet with people on probation periodically. One of these guys was over at the courthouse meeting with people on probation and it was maybe five or six o’clock, either after they’d finished the meetings or in some kind of lull. He was in the basement of the courthouse with another worker, and for some reason he wanted to show off his Derringer, which is a small pistol. He’s showing to the guy, and it goes off. Yeah.

Luckily, it fired upward, into concrete, nobody was hurt, and he wasn’t charged with anything. But, obviously, I tried to get more information about that from the county attorney - first off, information about his employment, how long he’d been employed, also why he had a gun in the courthouse. There are very specific rules in Iowa now banning weapons in the courthouse unless you’re law enforcement. I don’t think he exactly qualifies as law enforcement. And why the hell would he need a gun in there anyway? And to shoot it off?

The county attorney wouldn’t tell me if he was going to face any discipline, if he wasn’t going to be employed any longer, he wouldn’t tell me anything. At that point my only real avenue was to contact the ombudsman’s office that handles complaints in general. They have very limited ability to do anything beyond investigating, they can’t find anything and there’s was definitely no chance of them doing that in this case. So basically I got nowhere with that.

What’s it like to file in your state? Are there parts that you find harder or easier than other states?

We now have the Iowa Public Information Board that the legislature created, which is specifically about getting information from public officials and public entities and they have the power to subpoena and to fine. Perhaps the situation with the gun in the courthouse would have worked out differently if that had been established when this case was going on.

We had this weird situation happen in a neighboring town right after a city council election where there were new members on the board, and at the very first meeting they just abruptly voted to fire the city clerk. They did it in a way where they actually broke a bunch of laws - they didn’t publish proper notice and they didn’t go through the right procedures for firing someone who holds that appointed position. The firing had to be rescinded. We requested all the emails between the councilmembers, going back six months or a year, maybe longer than that. They were pretty defiant at first, so we filed, we took it to the public information board and they made it happen. We got all the emails. It’s made a huge difference having the board here - they’ve given us the power to do what the ombudsman can’t.

Maybe three or four a year. The most recent time was after my tangle with the county attorney over his employee whose gun went off in the courthouse. The attorney did not want to talk to me at all. Our only local news competitor here is a local radio station, and so he would tip them off about stories coming through the courts. Which is fine, the radio station needs the help they’re just not as good as we are at covering that stuff. But in once case, he sent court documents that hadn’t even been filed yet publicly. It wasn’t a huge story, but it was definitely something I would report on. And I also don’t like to get beat on anything. So when I tried to report it and I saw there were no documents at the courthouse on it, so my only means of getting them were through the county attorney. so I filed a records request asking for all emails he sent to the radio station in the last few weeks. That’s how I ended up getting those court documents.

What was your first request, and how did it go?

I’m pretty sure it was an email request. We were working on a story about the West Des Moines City Council, there was a councilmember who got arrested for stealing prescription medication. He was going through a really tough time in his life; going through a divorce, he was hard up for money, his business was failing. He was on all this medication that would cost him like $400 a month or something. So he’d get his prescription filled at the pharmacy and say he was going to pay up front, but then he’d just walk out with it. So he ended up getting arrested, then he was on the lam for a while. It got really weird because he left his house and town and was living in a camper that belonged to some police officer in town that he’d borrowed. He’d live in these random parks to avoid being seen basically. So the request I made was for emails pertaining to him between city councilmembers. It went off without a hitch. The people in that area are used to those kinds of requests, they know the law and they comply with it.

I get all this information and so many people think that I’m the only one who can get it. But this information is available to everybody, but they don’t know the process, some aren’t as assertive and will get shut down with some B.S. reason why they can’t have the documents. It’s good that a site like MuckRock exists to be an advocate for those people.

If I make a request that the “legal custodian” of the records refuses — the police, county attorney or whoever — then I take it to the public board of information. If it rules against my request, then I think we can file a lawsuit in court, but I’ve never done that.

Our paper did threaten to sue a judge who barred our reporter from taking notes during a trial with pen and paper, and after we threatened he relented.

Usually when I present people with the law, they comply. Squabbling with cops over public records usually gets me my biggest wins, even though it’s kind of minor. We publish a weekly record of the state’s transactions, mortgages stuff like that. The clerks would compile a PDF of all this stuff and email it to me, yet they wanted to charge us 50 cents per page. At the time it was during the financial collapse and there was a whole lot of stuff going on with real estate and mortgages so some of the documents would be 80 to 100, maybe 120 pages. They were trying to charge us 50 bucks for something that took them three minutes and no physical cost to them. The county attorney backed her up on it too here, they really dug in. But we talked to the ombudsman’s office and they were able to negotiate us to pay them an hourly rate. If you’ve got the law on your side it’s kind of hard to argue with that.