This time, we focus on the state of Louisiana. MuckRock spoke with Mark Ballard, Capitol news bureau chief for The Advocate in Baton Rogue, who shared a little about what working with public records is like down there. 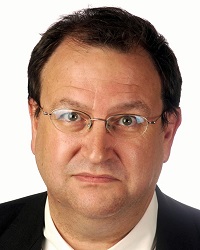 I’m a reporter for the state and federal desks, we cover government and politics for The Advocate.

How often do you use FOIA on a regular basis?

We use public records pretty regularly. At least once every other week, probably every week.

How frequently do you get the requests you file back? Is your success rate pretty good?

Yeah, I guess. A good success rate for us would be to turn stuff over immediately, all the time. But that’s not what happens.

What was the first request you ever made?

Working at this newsroom, it was a request for the listing of roads and intersections that are considered most dangerous by the state, with wrecks and that sort of thing. It took a while to get it back - it required some negotiation. Their first and initial reaction was ‘no way no how,’ which is generally the first thing we hear on everything we ask for.

Did you have to appeal to get that particular request? What’s the appeals process like?

We don’t really have an official appeals process in Louisiana. We have to take it to the courts, so it’s basically just whining until you get what you want.

What’s been the worst FOIA experience you’ve had in Louisiana?

Most of them are bad experiences, particularly under the current Jindal administration. They do not turn over records easily, unless it’s something they want us to have, in which case there’s always some kind of excuse. That’s not to say that the previous administration was great, but this is exponentially worse, by far. Seriously worse. When I was in Texas I found the same thing. Under Ann Richards it was a little easier to get documents. They weren’t really happy to throw them out, but once W. took over it was way more difficult.

This administration just fights it harder. They passed a law that they said would make everything more transparent, but it actually allows the governor to keep secret stuff from people who are giving him advice, and it’s expanded out to just about every state agency. But we sort of ran tests on the laws, filing requests asking the exact same things we’d asked for with the previous administration, and as always it’s been sort of a deliberative process. We’d get stuff back saying “you’re not specific enough, we don’t have that particular record so no you can’t have it,” etc. So you request something that says ‘the sun rises in the east or southeast,’ so they’ll give you that but nothing that just says the sun rises in the east. After doing tests like that we’d know what to do differently the next time.

How does the law help or hinder filers?

The thing that we’ve really run into and had big problems with are emails and text messages. What happened was that we’d request them from state phones, sometimes we would get it and sometimes we wouldn’t. Then they all started using private phones to talk, saying “well, this is my own private records so it doesn’t fall under public records.” The argument we use is that they’re talking public business on there, whether it’s your phone or not.

What have some of your successes been with filing requests?

We have been successful with some of the email and text message issues. Recently the head of our hospitals department was pressured to resign abruptly, and then they canceled what is the largest contract in the state because we have such a high percentage of Medicaid. It took literally months to get the information, and it was information that they used to make their decision to choose the particular contractor or vendor. Not only should that information have been public, but the lawyers for the guy who was pressured to resign wanted this information released, and got a judge to say ‘yes this is public information.’ It was still a matter of calling twice a day for like three months before they turned it over.

Getting travel records has been another one, not specifically from the governor but from the state police, national guard, etc. The administration has to pay bodyguards, and the bodyguards have to make these reports on the expenses they’re repaid for where where they go, so we can find out where the governor goes eventually via these guys that surround him. He doesn’t necessarily tell us. The travel records are technically open, but they redact a lot of information in them. The way we find those people that travel with the governor is through FAA manifests - the FAA requires that you log who’s flying on what aircraft.

What advice do you have for FOIA filers in your state?

First, go online and take a look at the law, the RS44:1 - that gives you a rundown of each and every section of the law and when it came to be. Other than that, my only advice for new filers is don’t give up. It does not matter who’s filing, their first reaction will be to block everything. They’re hoping you’ll just give up and go away. Don’t give up and go away. Persistence is the only way to get what you want.