In response to reports by baffled Amtrak riders of news and movie streaming websites blocked on the rail line’s WiFi, Michael Morisy requested for a list of blacklisted websites. Surprisingly, included on that list among YouTube, Netflix, and Hulu was a social network for amateur hypnotists. 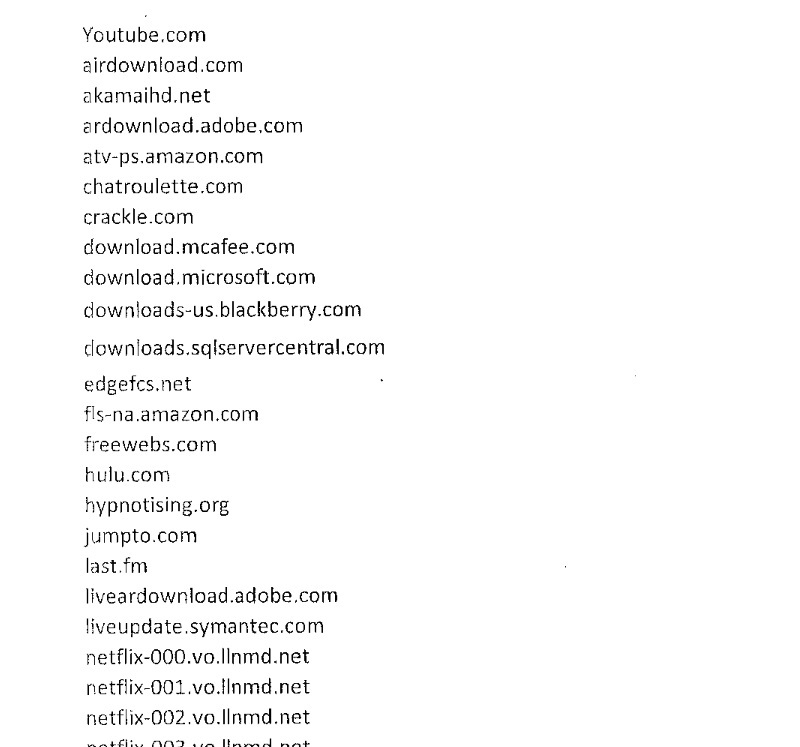 Though an accompanying cover letter explained that the agency relies upon a third-party for their block list, there was no indication as to why Hypnotising.org - described as the online headquarters of the Recreational Hypnosis Community, and the only .org on the list - had been singled out for the cut.

So next time you’re riding our nation’s railways and feel the urge to get the latest on the Recreational Hypnosis Community, you can thank the power of public records for making that possible.

Read the full block list embedded below, or on the request page.

Amtrak’s lounge car complaints are the ██████ of the ██████