The career of Hunter S. Thompson, chronicler of America’s counterculture movement, was closely followed by the FBI.

MuckRock user Cody Winchester requested Thompson’s FBI file in January. After nine months, during which the FBI said it destroyed relevant files and turned the request over to the National Archives, 58 pages of responsive documents were returned.

Thompson first came across the Bureau’s radar around the time of the 1967 publication of his book about riding along with the Hell’s Angels motorcycle gang.

Scattered among numerous clippings of his work, the file contains: 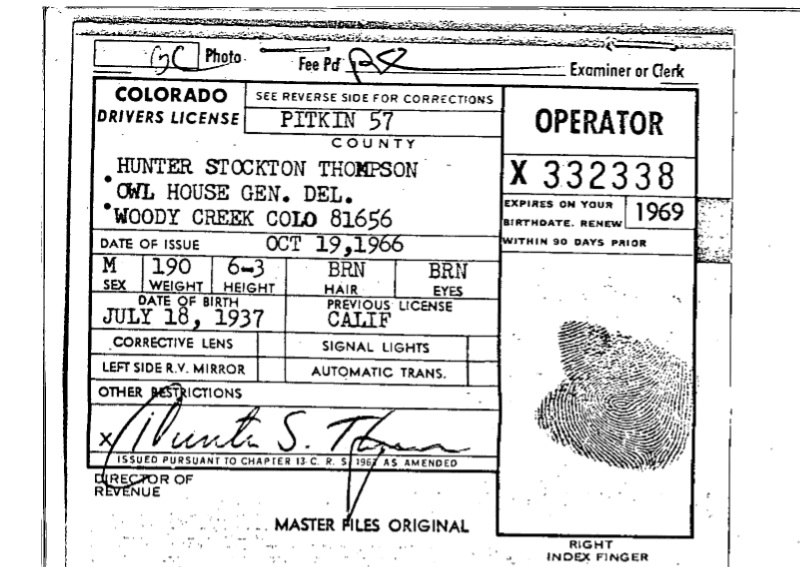 noting that it read “Impeach Nixon” with a swastika replacing the x when held up to the light. 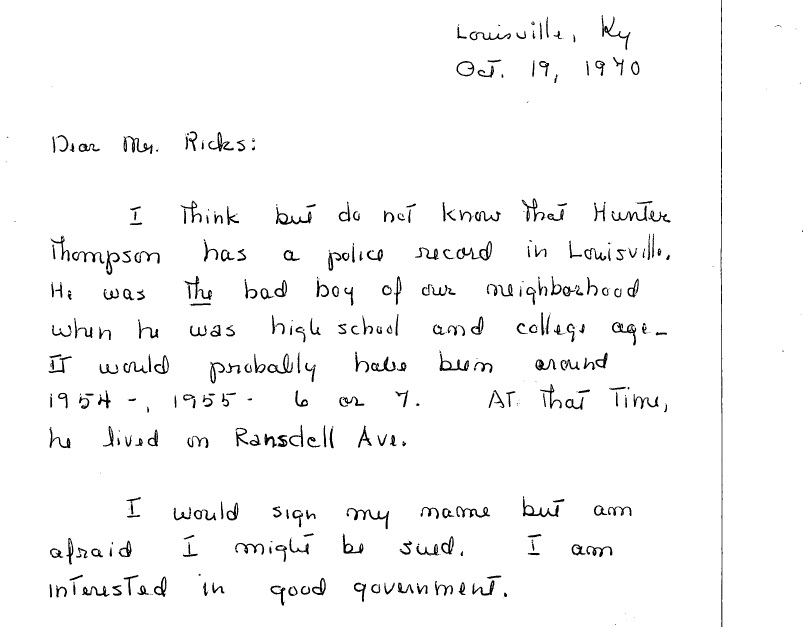 The FBI also kept tabs on Thompson’s unsuccessful campaign for sheriff of Pitkin County as Winchester notes on his blog.