In a first for Georgia, a City of Atlanta employee is facing criminal charges following an order to delay a local tv-station’s public records request.

State Attorney General Chris Carr filed two criminal citations with the Fulton County State Court following an investigation into violations of the Georgia Open Records Act committed by Jenna Garland, press secretary for former Atlanta Mayor Kasim Reed. The citations are the first of its kind in the state.

“This was a particularly egregious example of government institution blatantly setting out to make it difficult to get records,” said President of the Georgia First Amendment Foundation, Richard T. Griffiths. “It was a slam dunk case of outrageous behaviour against the act.”

The issue first came to light following WSB-TV’s public records request to Atlanta’s Department of Watershed Management for billing payments of Reed’s water bills. The records showed major discrepancies in the mayor’s water bill payments as well as his brother’s payments. In a later request, the tv station obtained text messages in which Garland told the department’s communications director to “drag this out” as long as possible and to provide the information “in the most confusing format available.” 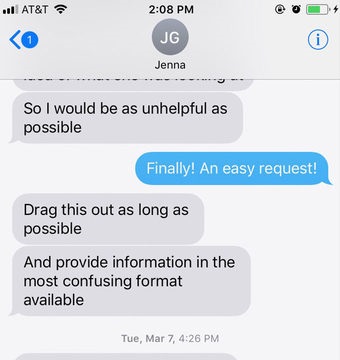 Once the matter reached the state level, the AG’s office requested the Georgia Bureau of Investigation to investigate the matter. The AG’s citations came as a result of the Bureau’s findings. Following the investigation, AG issued a press release pointing to the importance of openness and transparency in government, especially in light of Garland’s actions.

“Openness and transparency in government are vital to upholding the public trust. I am confident that this action sends a clear message that the Georgia Open Records Act will be enforced,” said Carr.

However, transparency advocates like Griffiths say Georgia officials are good at respecting the act and providing records in a timely manner.

“Most of the time when you ask a government agency to get documents, they’ll help you out long before the need to file a request,” added Griffiths. “9 out of 10 times it doesn’t have to go to an open records request. Certain topics are going to cause a fuss, but for the most part government officials on a whole want to be helpful. Records custodians want to be helpful. It requires major escalation to get it to open records request.”

Still, they hope Garland’s actions set a good example for officials to abide by records law or face legal consequences.

“It should put the fear of God into the public official that tries to dodge states open records laws,” noted Griffiths.

The first citation issued against Garland notes allegations that she instructed the Director of Communications for the City of Atlanta Department of Watershed Management to “drag [the request] out as long as possible” and “provide information in a confusing format.”

The second citation points to the Department of Watershed Management’s second records request from WSB-TV, in which Garland then told the Director of Communications to “hold all” responsive documents to the request until the requester asked for an update.

Garland is no longer employed by the City of Atlanta. Her actions in this situation violate the records act mandate on agency response times. Under the act, agencies are required to respond to records requests within three-days of submission, a statute that highly favors requesters in the state.

The individual in control of such public record or records shall have a reasonable amount of time to determine whether or not the record or records requested are subject to access under this article and to permit inspection and copying. In no event shall this time exceed three business days. Where responsive records exist but are not available within three business days of the request, a written description of such records, together with a timetable for their inspection and copying, shall be provided within that period; O.C.G.A. 50-18-70(f)

The former mayor, Garland’s previous employer, has not been charged with any records act violations. The case is currently being prosecuted by Assistant Attorney General Blair McGowan for the state of Georgia.

The first citation is embedded below.

Do you have issues getting records from your local elected office? Let us know via the form below! In the meantime, check out these related headlines:

Image via Bbenrath and Wikimedia Commons and is licensed under CC BY-SA 2.0