In this week’s FOIA roundup, a records request reveals what then-President-elect Donald Trump was briefed on by military officials in 2016, a South Dakota newspaper battles supermarket industry lobbyists at the Supreme Court over federal food stamps data, and new documents expose Baltimore County Police Department underreported the number of rape kits they destroyed by hundreds.

Documents obtained by The War Zone from a recent public records request include copies of documents and slides that were used in military briefings for then-President-elect Donald Trump in December 2016.

The documents show, for the first time, what was covered in the military’s series of briefings with Trump in the month leading up to his inauguration. This includes the Pentagon’s F-35 Fighter Jet program, which is more than six years behind schedule and has cost the government over $42 billion since it launched in 1994. 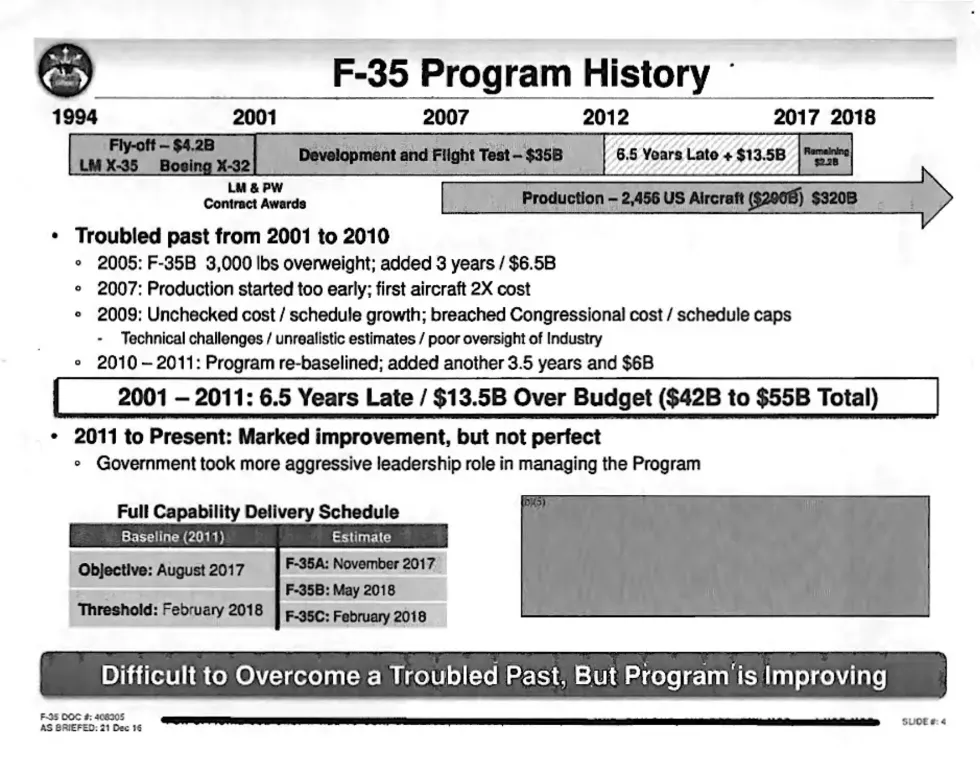 Just a week before this briefing, Trump tweeted that expenses for the F-35 program were “out of control.” But the defense spending bill he signed into law in September included funding for 93 new F-35 planes. According to an April 22 Bloomberg article, the F-35 program is still behind schedule, and will require an additional $22 billion in federal spending to complete, on top of the projected $42-55 billion already allocated.

Other briefing documents included talking points from the US Air Force, which push for increased funding to ensure continued American military supremacy in the air. USAF Vice Chief of Staff General Stephen Wilson, who presented the briefing, told Trump that more funding was needed to “dominate & crush the enemy … not 51-48 but 100-0.” 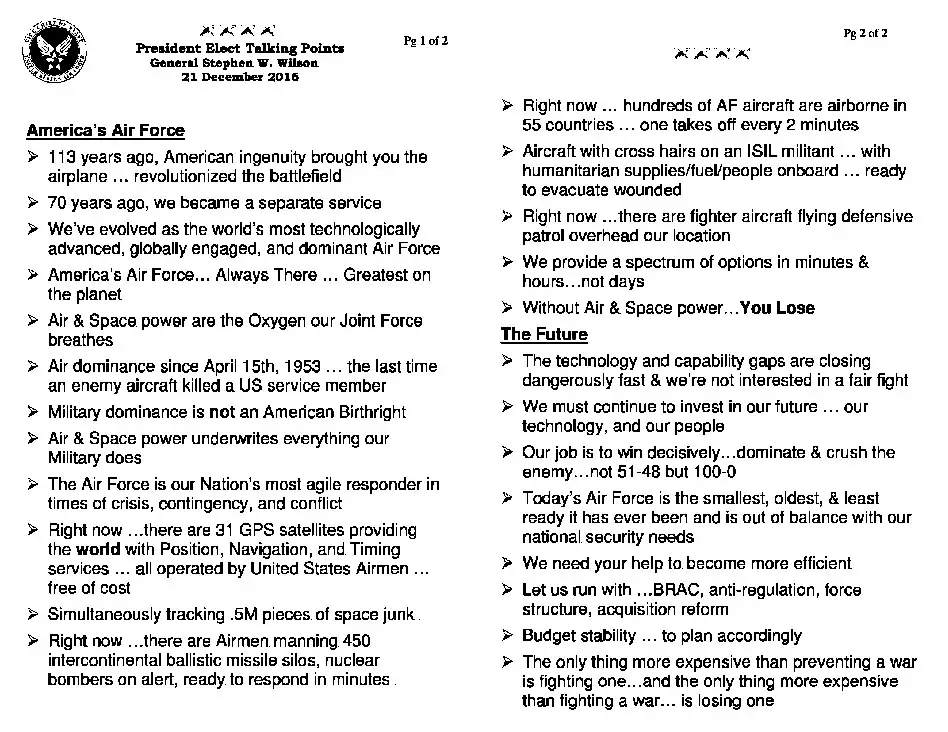 The Air Force’s 2019 budget is $156.3 billion, almost $100 billion more than what was allocated for education spending.

Over eight years ago, South Dakota newspaper the Argus Leader filed a FOIA lawsuit contesting the federal government’s withholding of records on government payments to stores that participate in the Supplemental Nutrition Assistance Program, more commonly known as food stamps. On monday, the Sioux Falls-based paper finally got their day in the U.S. Supreme Court in a case that could have wide-reaching consequences for FOIA law.

The fight to release this information has raged on despite the Argus Leader’s victory in their original FOIA lawsuit against the USDA, decided in January 2014, after which the government agreed to release the data. But supermarket trade lobbyist organization Food Marketing Institute challenged the decision, and after losing the initial appeal, the Supreme Court added it to their docket in October 2018.

SCOTUS, in considering this case, will have to interpret the Freedom of Information Act, specifically the definition of “confidential” under exemption 4. If the Argus Leader wins, the Supreme Court’s decision could narrow the definition of “confidential,” giving reporters and other transparency advocates greater access to information shared between the federal government and private corporations.

Monday’s hearing, however, appeared to go better for the industry lobbyists than the Leader. If the Supreme Court decides in favor of Food Marketing Institute, it could set a precedent that would allow broader exemptions to similar FOIA requests.

In 2016, Baltimore County Police reported that they had destroyed 231 rape kits from 2010 to 2015. This was a troubling enough revelation, considering that sexual assault cases have no statute of limitations in Maryland, and that BCPD has come under scrutiny for declaring large numbers of rape cases “unfounded” and leaving many more open for years.

But an evidence list obtained by the Baltimore Sun through a public records request showed that police had far underreported the number of rape kits they had destroyed from that period: the real number was 521.

In February, Baltimore County Executive Johnny Olszewski formed a task force to review police investigations of sexual assault cases, after a series of media investigations and a lawsuit from University of Maryland students and assault survivors called their handling into question.

Lisae Jordan, executive director of the Maryland Coalition Against Sexual Assault, told the Baltimore Sun that destroying rape kits at the rate that BCPD is can prevent survivors from seeing justice, and may also prevent serial rapists from being caught before committing more assaults.

“The very high discrepancy about the number of rape kits destroyed raises serious concerns about whether rape survivors are receiving the support they need during the criminal process,” Jordan said.

The Office of Government Information Services is hiring a Management and Program Analyst. You can read more details on the public posting here.