With Sunshine Week just around the corner, we wanted to count down the days to our favorite time of year with a closer look at what’s going on behind the black bars: the nine federal FOIA exemptions. Today, we’re looking at b(4), the “trade secrets” exemption.

AKA : “The Business of America Is Business” “Do Not Anger Our Corporate Overlords”

Common Reactions: “On second thought, maybe privatizing everything was a bad idea.” / “The corporate cyberpunk dystopia promised to us by William Gibson kinda sucks.”

What it says: “Trade secrets and commercial or financial information obtained from a person and privileged or confidential.”

What that means: At the federal level, one of the primary uses of FOIA is for corporate espionage. For some agencies, the percentage of commercial requests is as high as 95 percent. b(4) is supposed to give private entities some pushback against this usage, but with increasing privatization of pretty much everything, the exemption is ripe for abuse.

Who uses it? b(4) primarily comes up in contracts and communications with private entities, so while you’ll see it everwhere, expect to see a lot of it when you’re dealing with the Federal Communications Commission and Federal Trade Commission.

Silliest example of its use: Not so much “silly” as “incredibly gross,” the US Marshals Services used b(4) to deny Beryl Lipton the per-diem rates for prisoners being held at privately-operated facilities. 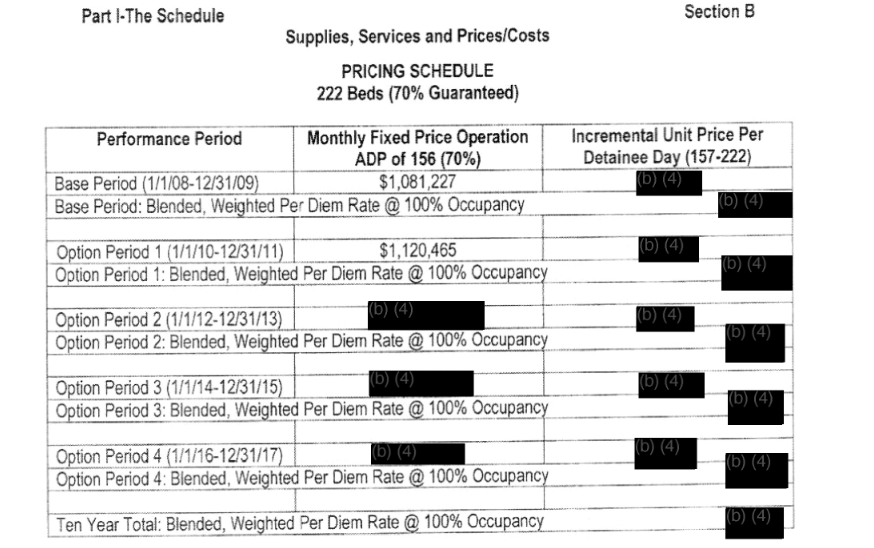 What you can do about it: The nice thing about b(4) is that it typically involves corporate lawyers. And while that sounds like the set-up to a joke, corporate lawyers are refreshingly exact in what they don’t want you to see and why, as well as what recourses you have to challenge them. FOIA Wiki has some great tips on pushing back on the “secret” part of trade secret - particularly if the information has been released elsewhere.

Any other resources? As mentioned above, FOIA Wiki has some great info, and Zack Sampson wrote about his experience with b(4) and Booz Allen Hamilton here. At the state and local level, very similar arguments are being made around the #AmazonHQ2 bids, which you can read about here.

Happy appeals! Any other b(4) tips we left out? Let us know via email, on Twitter, or on Facebook.