This school year, some Florida public school districts have invested in active shooter protection insurance policies and other security-related programming, such as active shooter response training.

According to the insurance policy obtained in a recent public records request, Palm Beach Public School District has paid a $100,000 premium to McGowan Program Administrators, a leader in the active shooter insurance industry, for active shooter protection this academic year.

This policy includes coverage of up to $500,000 in property damage, funeral expenses, and counseling services. Additionally, the policy covers financial losses resulting from a school closing and legal battles that may come out of an incident of gun violence. 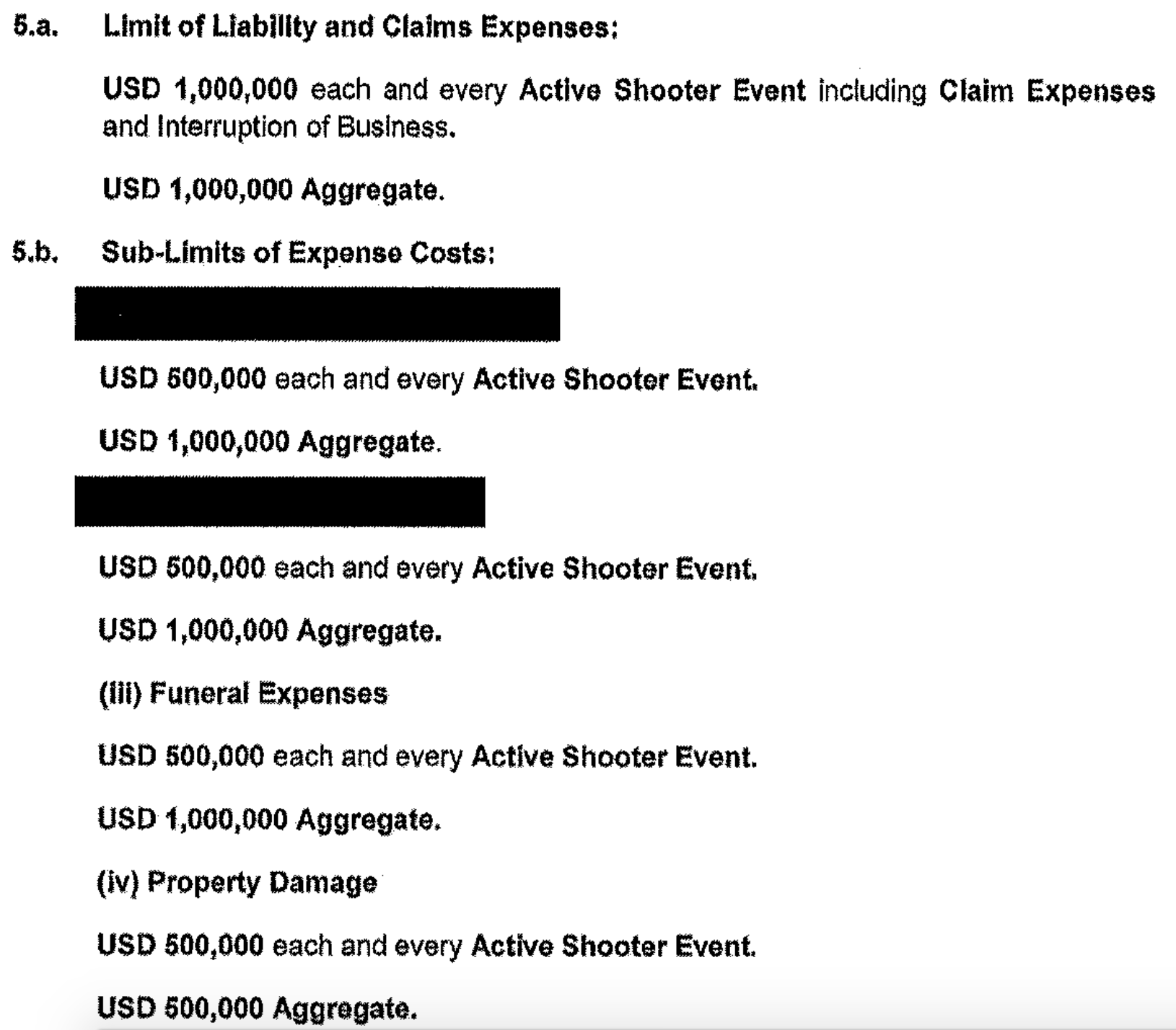 Martin County Public School District has invested in a less expensive MPA insurance policy - costing the district an over $25,000 premium per year - covering certain expenses caused by “an act of workplace violence or stalking threat.”

The insurance company advertises both policies as providing effective coverage in the aftermath of a shooting, according to its recent webinar presentation. 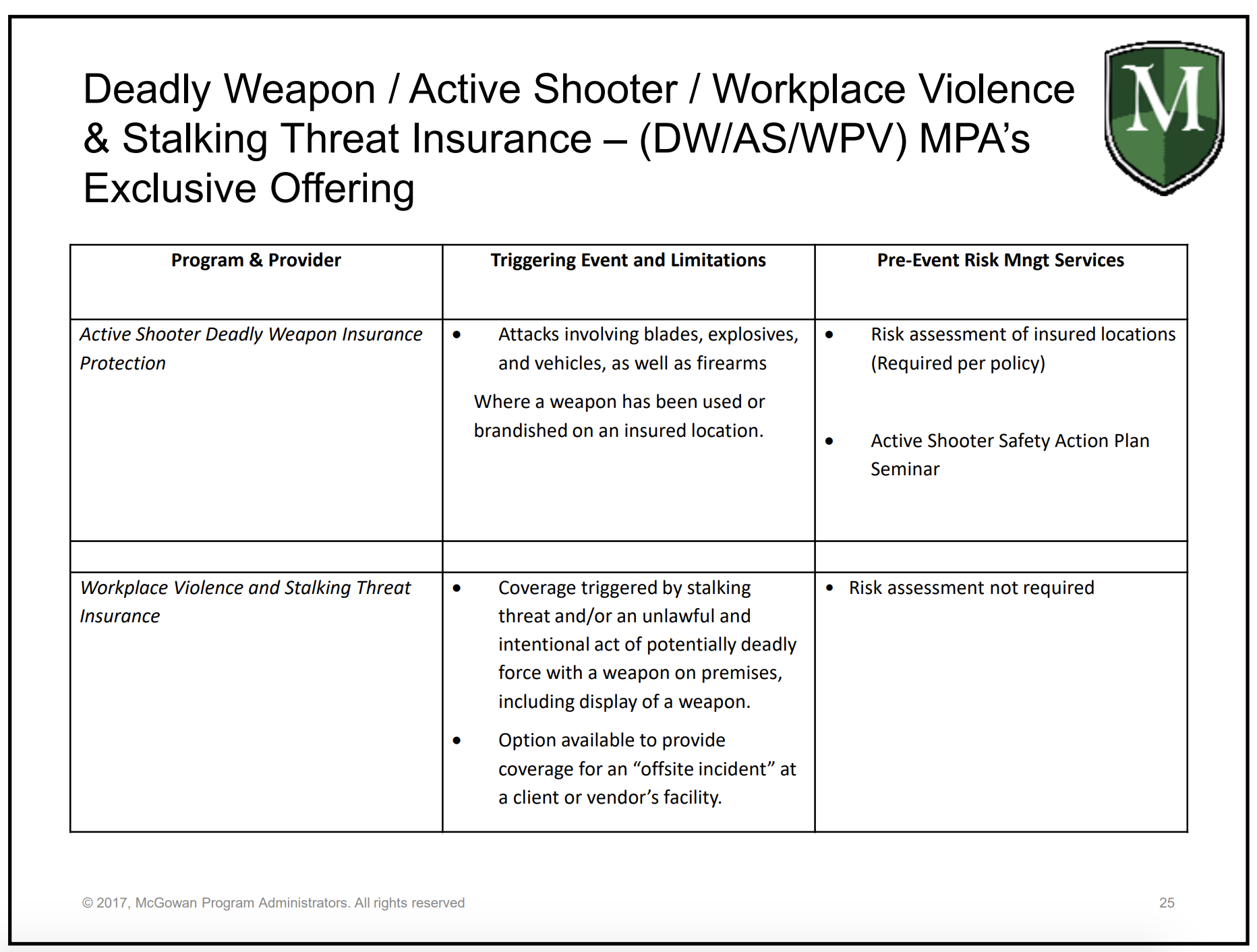 Despite the cost of an active shooter insurance policy, MPA states in its sales pitch that expenses lingering in the years following an unexpected act of violence can be even more burdensome. After the Sandy Hook Elementary shooting, for example, the district had to rebuild its elementary school, totalling $50 million in construction costs.

In addition to its active shooter insurance, Palm Beach public schools’ security expenses include a contract with its police department, which cost the district over $13,000 in 2017. 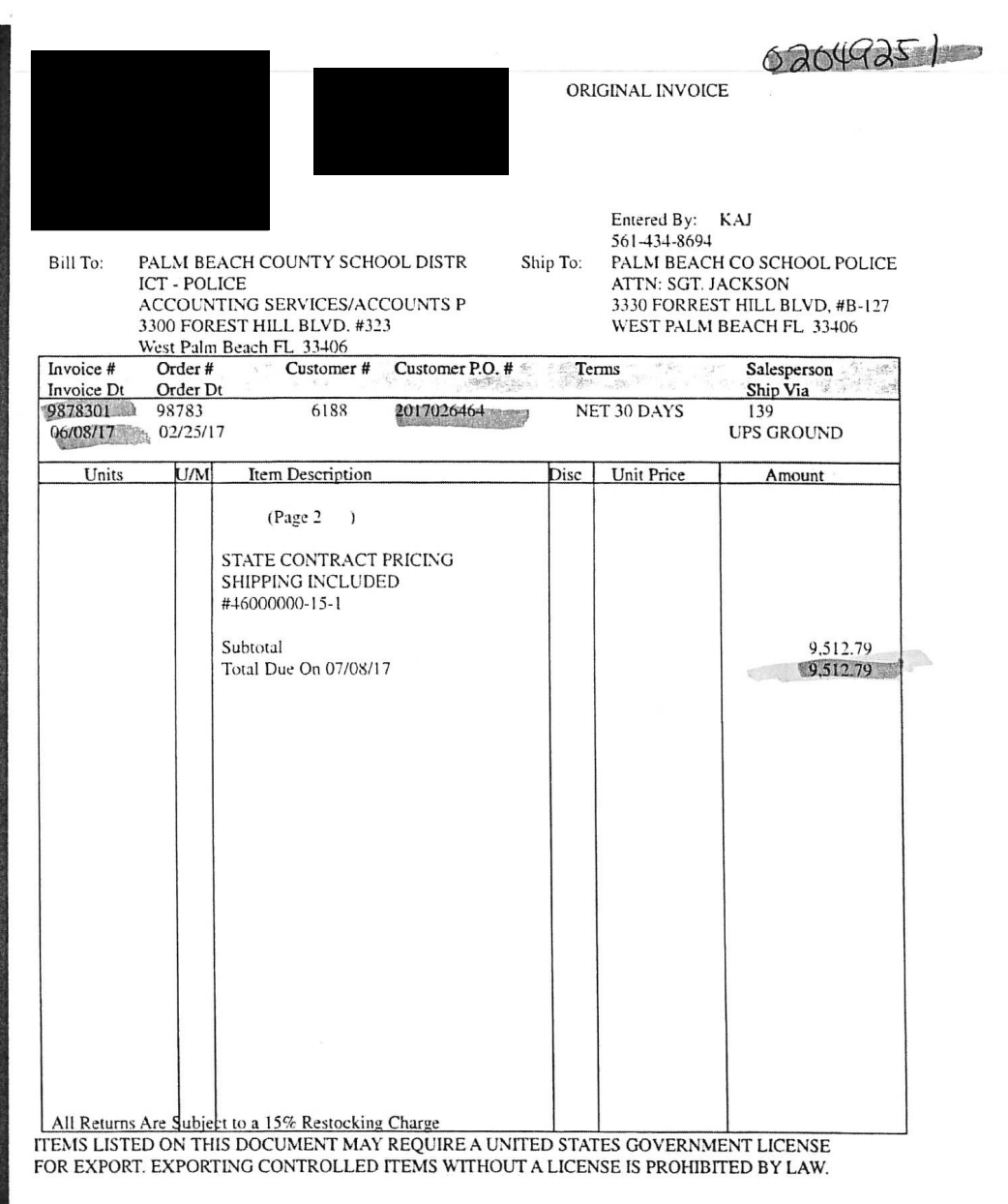 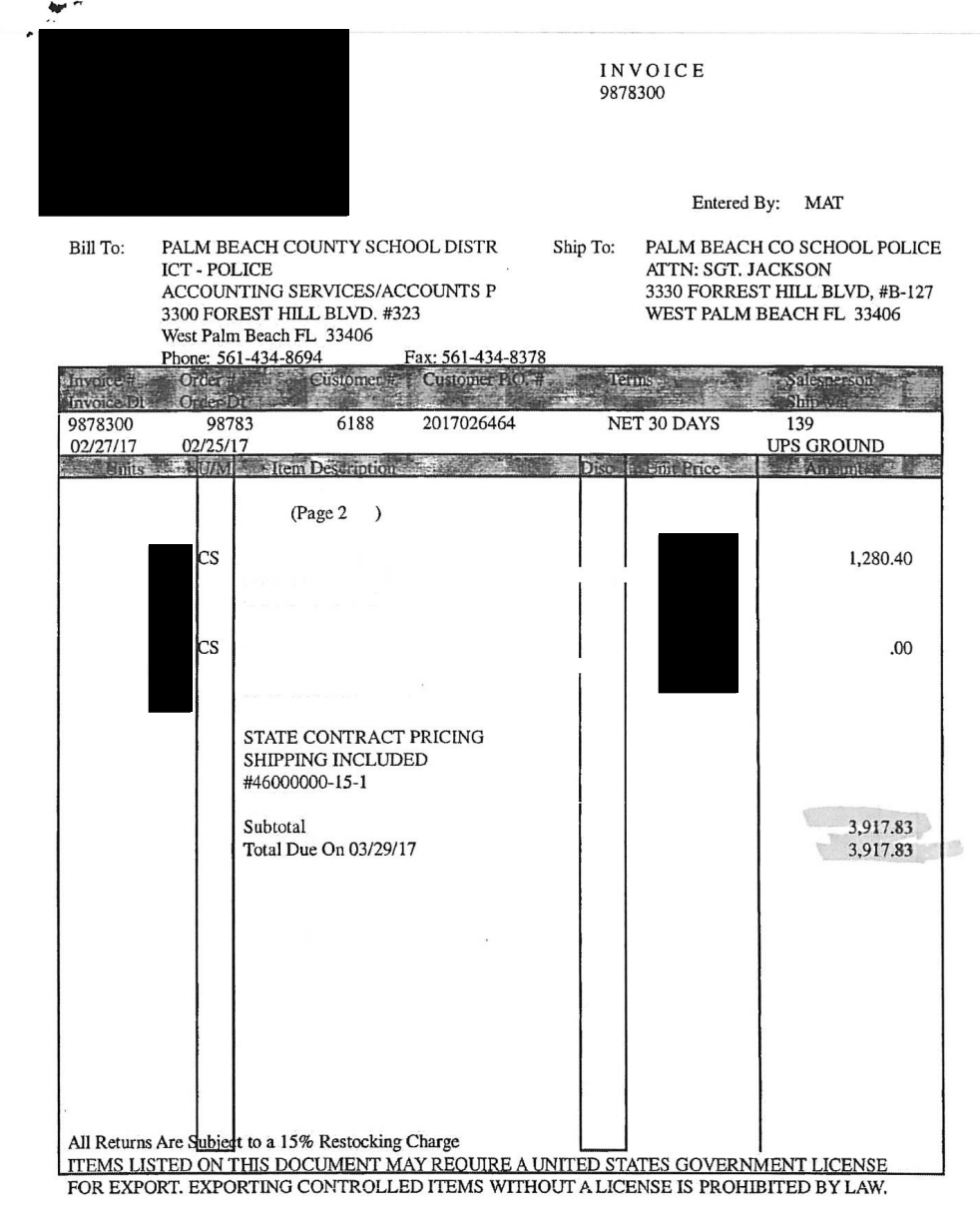 Martin County public schools hires ALICE, an active shooter response training administrator, for over $24,000 per year to prepare its students and faculty in the case an active shooter enters the school premises.

Other Florida school districts have followed suit. Hendry County School District has allocated over $20,000 for an active shooter insurance policy that has yet to be finalized, a cost that is only a fraction of the over $400,000 allocated to its school resource officer program and $159,00 to general security projects.

In this year alone, there have been 21 mass shootings in Florida, according to Gun Violence Archive. Most notably, 17 students at Marjory Stoneman Douglas High School were fatally shot.

A copy of Palm Beach’s insurance policies and the rest can be found on their request pages.

Image by Formulanone via Wikimedia Commons