Marijuana, unsurprisingly, has the largest number of entries … 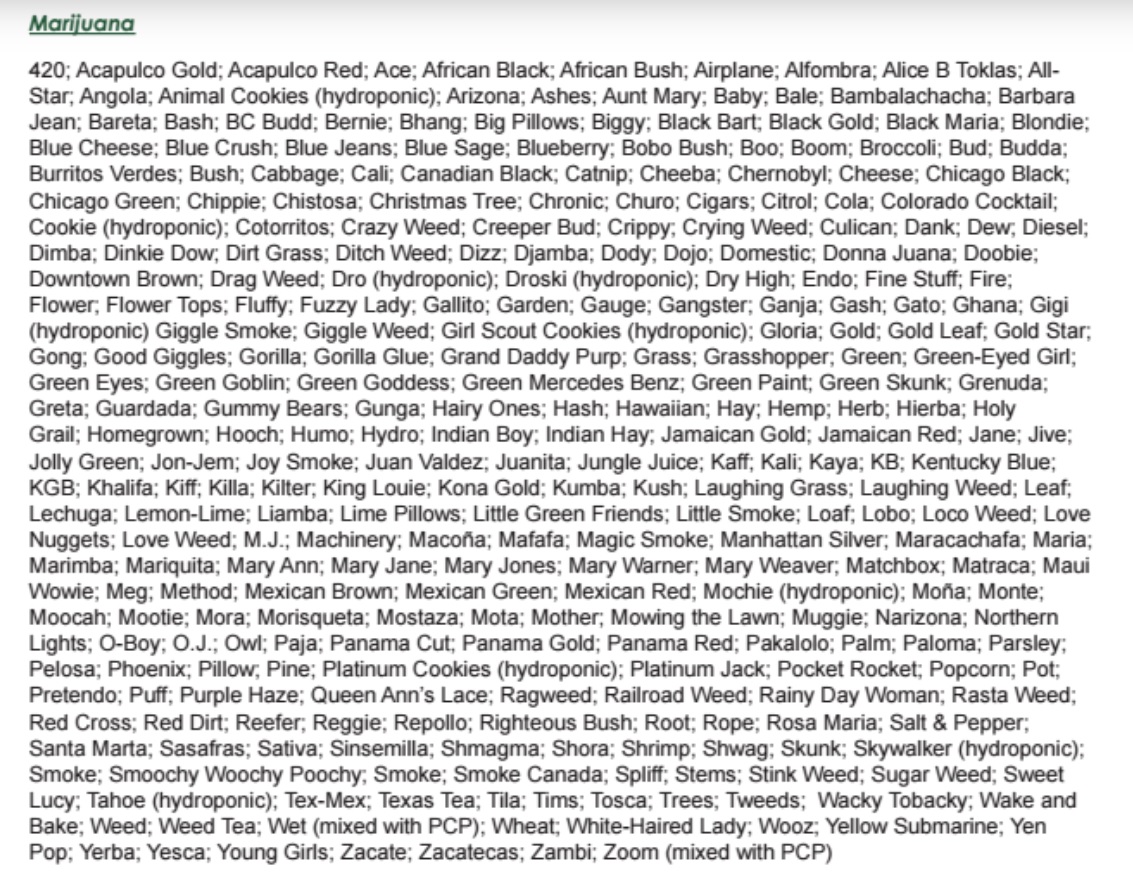 although, upon closer inspection, you have to wonder what the agents who compiled the list were smoking.

From the top, here’s five that stood out.

This is either a reference to Toklas’ 1954 cookbook entry for pot brownies or a middling Peter Sellers 1968 rom-com. You know, the two main pillars of modern youth drug culture.

While allowing that Chernobyl is a popular strain, Kids Today are probably not referencing a 30-year old Soviet nuclear disaster when trying to smoke loud.

There is no way that entry wasn’t written with heartbreaking confidence by the world’s lamest dad.

“Note: Smoochy Woochy Poochie died on its way back to its home planet.”

Dude, that’s a carrot. I know that getting mad at plants is kinda the DEA’s whole thing, but at this point you might as well raid the local health foods store for stockpiling St. John’s Wort with the intent to distribute.

Read the full DEA guide embedded below, or on Public Intelligence. Find anything that stands out? Let us know on Twitter or via info@muckrock.com

Image by Alan Turkus via Wikimedia Commons and licensed under Creative Commons BY-SA 2.0.