The Satanic Panic era that started in the ’80s is typically referenced with a sort of anti-nostalgia - one may call a literal modern-day witch hunt. Police officers, social workers, attorneys, judges, and particularly the public at large became convinced that organized groups of Satanists were abducting and torturing children en masse. Many a sexual assault or murder trial took a dark turn when the crime - if one occurred at all - was alleged to have involved “Satanic ritual abuse.” Innocent people were thrown in jail, where some remain to this day, as the horror of devil-inspired violence prevented a rational consideration of the evidence. Convictions were overturned on appeal, and the moral panic virtually disappeared from public view as we all became a lot less certain the second time around. 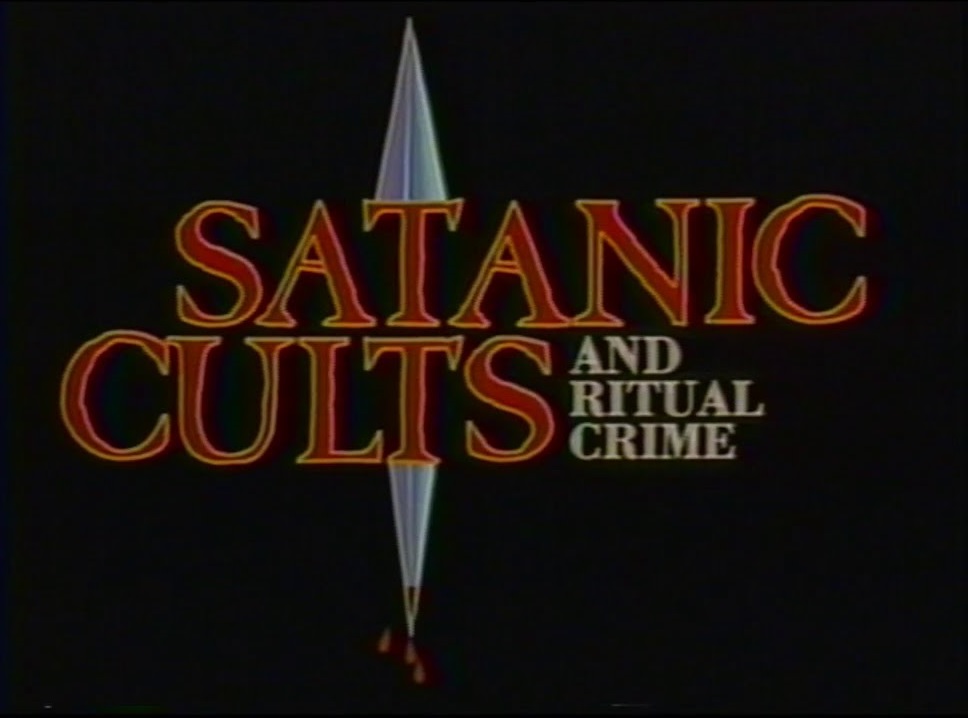 But the Satanic Panic never left. It’s just flown under the radar.

There exists a network of mental health counselors, therapists, psychiatrists, and social workers who not only believe in the existence of Satanic ritual abuse, but frequently tell their clients and patients that they have been victims of it. These providers, who join groups such as the International Society for the Study of Trauma and Dissociation (ISSTD) and Stop Mind Control and Ritual Abuse Today (SMART), frequently meet at conferences to discuss their truly bizarre theories. Some of them discuss their own alleged experiences of being subjected to ritual abuse.

Seeking help for an episode of depression or anxiety, numerous individuals have walked away from the first few sessions with one of these professionals convinced that they were subjected during childhood to unspeakable horrors perpetrated by Satanists. They’re often told that their own parents were willing participants in the abuse.The memories, they’re informed, were repressed - too awful to be accessed by the conscious mind. Those struggling with symptoms of mental illness who seek help can end up convinced that the occasional panic attack is the least of their worries.

The controversial theory of repressed memories – which runs contrary to the conception of memory derived from cognitive science – has pervaded pop culture.

The Keepers, a documentary series available on Netflix, centers around the supposedly repressed memories of Jean Wehner, who in 1992 came to believe she’d been sexually abused while attending Archbishop Keough high school from 1968 to 1971. Jean says she had no knowledge or memory of any such abuse for over two decades, until an “uncomfortable” feeling about her upcoming high school reunion prompted attempts to remember something. Her recovered “memory” of one incident and perpetrator quickly grew to include several ongoing incidents which took place over an extended period of time, and involved several abusers, both male and female. In episode two, she describes being abused while one of the priests prayed over her in Latin, a common feature in Ritual Abuse narratives from the ’80s and early ’90s. Jean later describes an incident in which she left the office (after being abused) and immediately became confused, stating she “couldn’t figure out where [she] was supposed to be.” At the end of episode four, she again suggests that she didn’t merely repress memories, but that “some of it was purposely done.” She also came to believe that she, herself, had committed crimes.

These themes – abuse by multiple perpetrators, confusion, perpetrators somehow deliberately causing the victim to have complete amnesia of the abuse events, that the victim was forced to commit crimes, and that this “repression” is a normal and common response to traumatic events – are very common themes in recovered memory narratives. The belief in “repression” goes hand-in-hand with the Dissociative Identity Disorder diagnosis (then known as Multiple Personality Disorder). The amnesia is said to occur when another “alter personality” is in control of the “host’s” consciousness, and the “memories,” when later “recovered” as if from cold storage, were believed to be as accurate and pristine as when the event first occurred. Although The Keepers implies that Jean did not recover her memories with the help of a therapist, she had been in various forms of recovered-memory therapy since 1981 and was regularly practicing self-help techniques like “inner-child dialoguing” which are known to produce confabulations. She was adept at putting herself into a meditative trance, which she purposely did each time she set out to “recover” more “memories.”

But at least some of the “memories” Wehner once claimed to have “recovered” are admittedly false.

Similarly, many of those who have made unsubstantiated claims of being subjected to Satanic ritual abuse have recanted their allegations and place the blame for their false memories on the psychiatrists, mental health counselors, social workers, and others who use questionable methods – including recovered-memory therapy – to construct the ritual abuse narrative. Though these professionals aim to do good by exposing a nonexistent satanic conspiracy, the consequence is a muddying of the waters that mixes fact with fiction - innocent people get locked up and actual abusers are set free.

Mental health consumers are victimized by their providers, who traumatize them with fantasies of a treacherous childhood they never knew they had. And the licensing boards charged with preventing precisely this kind of malpractice are nowhere to be found.

Through FOIA requests, analysis of publicly available documents including court transcripts, and all sorts of other methods, this project will shine a light into some dark corners inhabited by psychiatrists and mental health counselors who may be causing unaccounted-for damage to their clients by peddling conspiratorial theories of organized groups of Satanists engaged in ritual abuse. Follow along with the project via the link below.

Evan Anderson sent this request to the Office of Consumer Affairs and Business, Division of Professional Licensure of Massachusetts

Documents regarding surrender of license by Dr. Ralph Allison

Release Notes: The return of project embeds and much more on DocumentCloud

Digging Deeper: An investigation into corporate control of water