In the 1920s, 400 Armenian girls spent 18 months making an elaborate woven rug by hand to show their gratitude to the United States for its efforts to ease their suffering as the survivors of the world’s first modern genocide – an event commemorated each year on April 24 by the global Armenian diaspora. The Ghazir Rug, or the Armenian Orphan Rug, ended up in President Calvin Coolidge’s White House in 1925 until the end of his term. 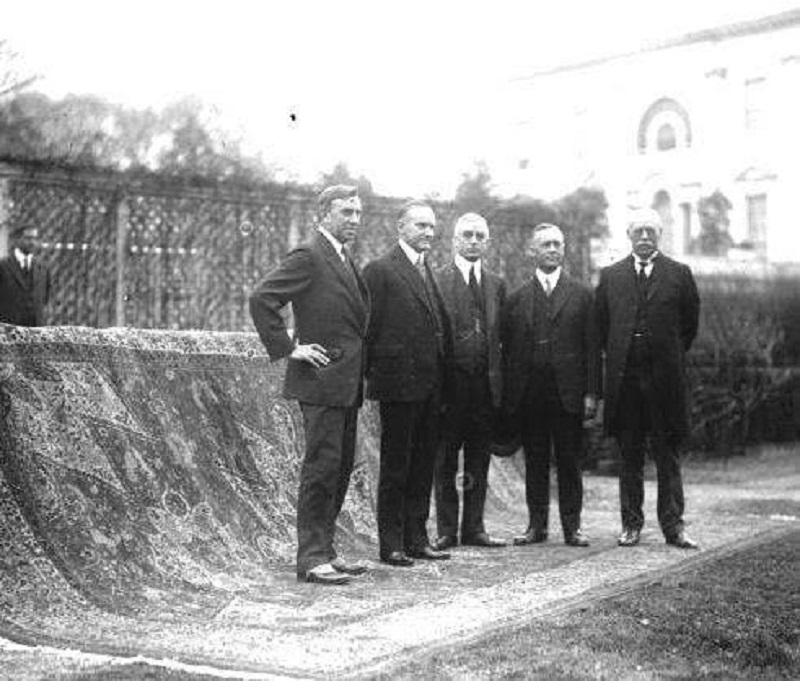 But as the centennial of the Armenian genocide loomed in 2014, the rug was stripped of its meaning and couched in language that denied those girls’ suffering in one of the more bizarre examples of how far the U.S. government will go to attempt to both appease Armenian Americans’ desire for acknowledgment of the genocide and avoid offending powerful military ally Turkey, which has long denied that its founding involved the massacre of at least 1.5 million Armenians.

Scholars traditionally consider April 24,1915 – the date when the Ottoman government first began the round-up and arrest of Armenian intellectuals – the start of the systematic killing of the Armenians in that region. More than 25 countries, the United Nations and historians widely acknowledge the Armenian genocide. While the US has not formally recognized it, the majority of US states have passed genocide recognition resolutions, and several former presidents have directly or indirectly addressed the issue. In 2008, then presidential candidate Barack Obama said: “The Armenian genocide is not an allegation, a personal opinion, or a point of view, but rather a widely documented fact supported by an overwhelming body of historical evidence.” On April 24, 2009 he released a statement that did not use the term.

Records requested by Tom Nash and released by the National Park Service (NPS) reveal that subject of recognition – particularly use of the word genocide in internal documents – is still a delicate one for the federal government. 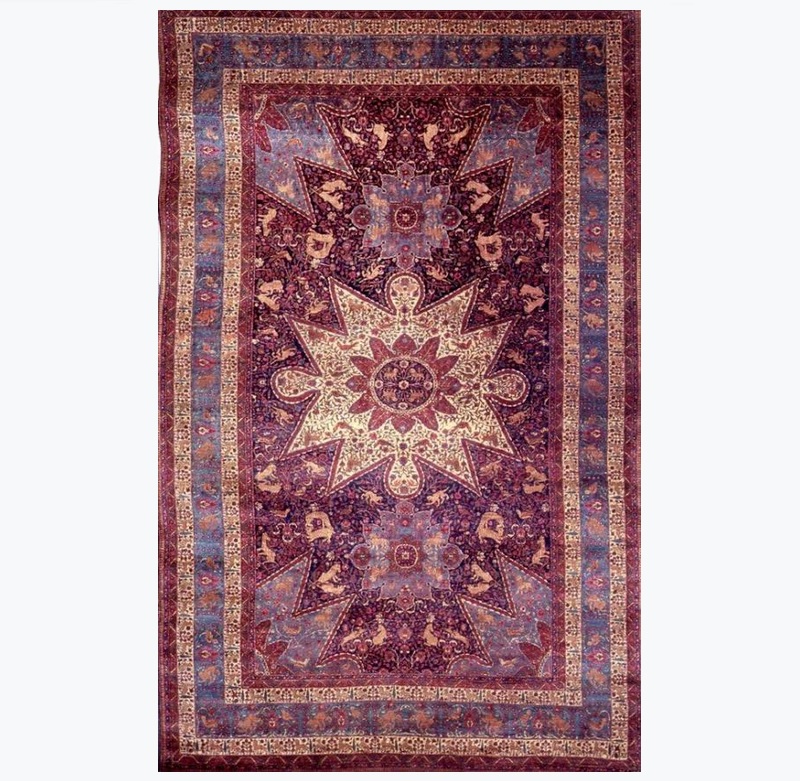 The subject centers on requests in 2014 for the new White House Visitor Center to display the rug. A July 31, 2014, briefing statement by NPS regarding displaying the rug avoids the term genocide in its description of the orphans, favoring instead the vague “who had been displaced” - without mentioning who or what had displaced them.

Near East Relief - an American humanitarian organization which assisted more than 1,000 orphans and refugees fleeing the Ottoman government’s murder of Armenians beginning in 1915 - presented Coolidge the rug in 1925 where it was subsequently displayed in the White House’s Blue Room until his end of term. The rug stayed at Coolidge’s family home until it was donated back to the White House by the Coolidge family in 1982. The White House then placed the rug in storage where it remained except for two private viewings. According to the 2014 document, the White House Curator’s Office had warned of both the “historical” and “recent” controversy associated with the rug.

The “historical” would seem to allude to the actual debate over whether or not the events of 1915 were tantamount to genocide, and the “recent” controversy, as indicated by the accompanying links on the document, referred to a 2013 request by the Smithsonian to borrow and display the “Orphan rug” for a book launch for Hagop Deranian’s President Calvin Coolidge and the Armenian Orphan Rug. In the book, the now late Deranian, himself the son of a genocide survivor, traced the history of the rug and referred to it as a “story of America’s compassion.” The White House denied the request, a move largely viewed by Armenian American organizations as a political one to avoid increased tensions with Turkey. As a result, a bipartisan group of 33 US Congressmen led by Adam Schiff (D-Calif,) petitioned the removal of the rug from storage. The White House in turn responded that display of the rug for a private book launch would be an “inappropriate use of U.S. government property.” The end of the NPS briefing contains six links to news articles on the subject.

The NPS document goes on to cite the concerns of the White House Historical Association (WHHA) about “inviting political controversy” that could “tarnish the reputation of the new center and their organization” if the rug were displayed during the opening months of the new visitor center. WHHA goes as far as to say it will “publicly distance themselves from the exhibit” should it open in the initial months.

WH Curator’s Office wished to avoid “political controversy” by preventing a 2015 display of the rug because of the year’s historical significance as the centennial of the Armenian genocide, which could have be viewed as an unofficial White House referendum on the topic.

They originally settled on a potential 2016 display date; however, pushback from members of congress and the Armenian American community likely impacted this decision to delay.

Instead, as indicated by the official loan agreement between the Office of the White House Curator and the White House Visitor Center included in the file, NPS pushed up the exhibit date to November 2014. The loan period listed is November 13, 2014 to December 1, 2014 and the visitor center displayed it for one week. As requested, the exhibit titled “Thank You to the United States: Three Gifts to Presidents in Gratitude for American Generosity Abroad,” took place just shy of 2015 centennial year.

The released documents include the exhibit text, which describes the Armenian girls as “Orphaned during World War I,” leaving it unclear whether or not they were orphaned as a result of World War I. The description makes no mention of the genocide, the year 1915, or the conditions that led to the need for humanitarian efforts by the Near East Relief organization or the US. 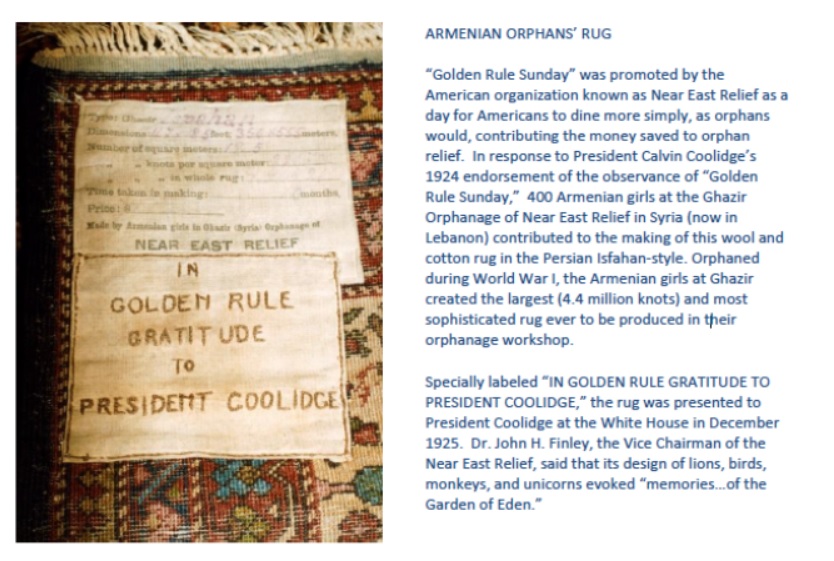 The exhibit displayed the rug along with a vase given to President Hoover for American Relief efforts in post-war France and two ornamental blocks encasing cherry and dogwood blossoms presented to President Barack Obama for natural disaster recovery efforts in Japan after the earthquake and tsunami in 2010.

The rug subsequently returned to storage at the end of the exhibit. Red the exhibit text embedded below, or on the request page.

The KAPIKILL Files, chapter 1: FBI files reveal the inside story of the 1982 assassination of a Turkish diplomat outside Boston and the hunt to find his killers