If you want to find the oldest computers in government, then you might as well just wait until government up and decides to find them all itself. So congratulations everybody, we found all of them! Well, the Government Accountability Office (GAO) did.

This report was covered pretty widely after it was released, however much of the reporting only recycled the language and findings contained on the first page. That’s not surprising, but it means there are some goodies that didn’t get reported on that may be of particular interest to you, dear reader. 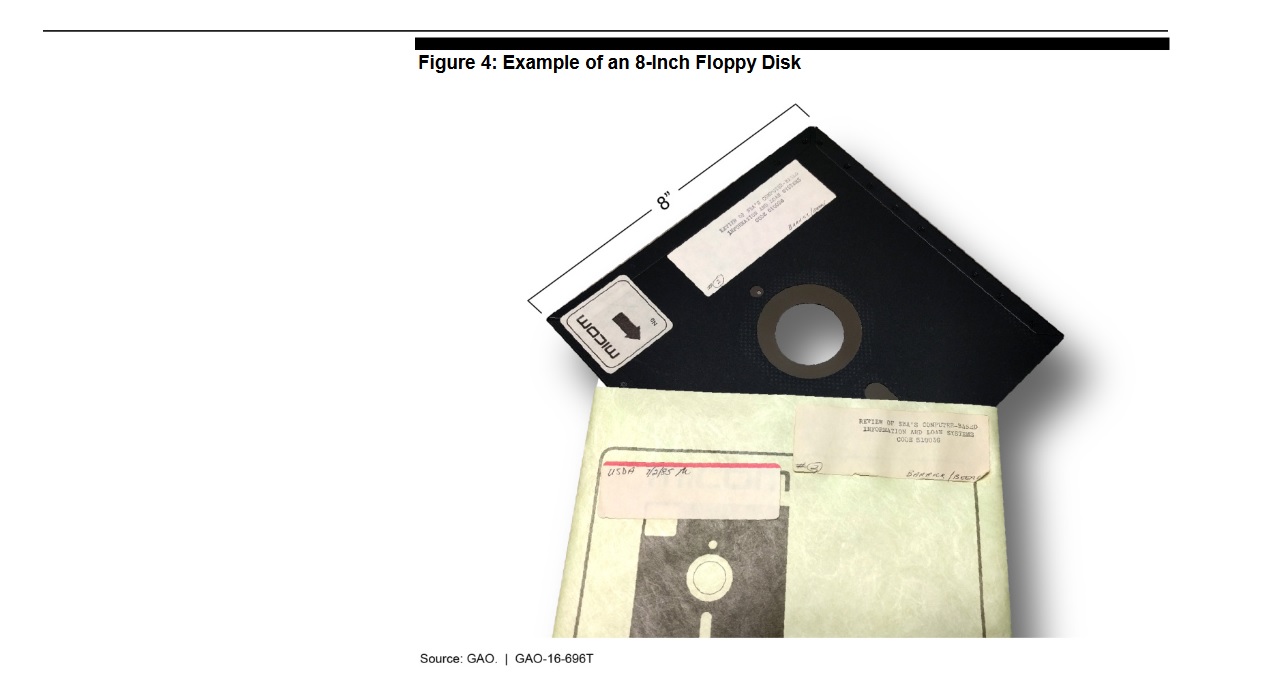 Since the start of my project, one of my goals has been to find repeatable language for getting information about computer inventories from agencies. This report contains one very helpful step towards that goal: it brought the Clinger-Cohen Act of 1996 to my attention. This act requires the Office of Management and Budget to:

establish processes to analyze, track, and evaluate the risks and results of major capital investments in information systems made by federal agencies and report to Congress on the net program performance benefits achieved as a result of these investments

In other words: follow the money. One of this report’s key findings was that of all the money the Federal Government spends on their information systems, about 75% of that is spent on operations and maintenance (O&M) alone, with “5,233 of the government’s approximately 7,000 IT investments […] spending all of their funds on O&M activities.” This means that there’s less funding available for new investments or upgrades to existing ones. Instead, we’re just spending all of our time making sure that what we already have works.

I thought that requesting inventory reports was the way to go, but now it seems the best language to use when requesting old computer stuff involves information systems investments. Specifically, records produced in compliance with the Clinger-Cohen Act.

Also, the age of an investment isn’t determined by hardware alone: neglecting software upgrades can also hold back the age of an investment. For this reason, the Department of Treasury’s master tax record system is stuck in the mid–60’s. While they’ve upgraded the hardware to more modern IBM mainframes, those mainframes are still running vintage assembly. When considering systems investments, this makes the Treasury’s the oldest in the Federal government.

So, mission accomplished, right? We found the oldest computer! And it’s the computers inside the IRS that makes sure everybody is paying their taxes! The Simpsons did it!

Well, yes and no.

We did indeed find the oldest computer in government, but it’s not really a computer at all; it’s computer software. In some ways that’s satisfying: old software needs just as much maintenance, expertise, and money to keep it running the machines correctly. It’s also what’s most exploitable, even if exploits written against custom assembly are unlikely. Anyway, the hardware can’t run without the software. If this is the oldest hardware, then the machines running the nuclear defense system are the clear winners of the “oldest computer prize.”

Not that it’s a prize you’d want to win, but still.

However, there remains a lot more research to be done. In particular, I’m starting to have a lot of questions about this tax software and the management around it. Why’s it not been updated? Is anybody inside Treasury advocating for it to be updated? Does anyone care? What are the consequences of catastrophic systems failure within the IRS? And the perennial computing question: have they made backups?

This report also only covers the federal government. We have 50 states, some with HVAC systems run by Amigas.

Perhaps I ought to rename this project, “Hunting Government’s Old Computers,” rather than just the oldest. From this GAO report, there’s plenty of information system investments to be looked into, questioned, and examined closely (however much the agencies in possession of those systems would dislike that). How can we turn the news cycle back onto old hardware in government again and again, instead of just once after the report is published? I’m not sure, but I’m eager to find out.