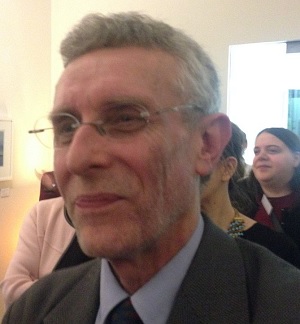 Next week’s Sunshine Week is a special one as we approach the Freedom of Information Act’s 50th anniversary, so I decided to speak with someone who hasn’t had public access as a right for as long as we have in the States. In the United Kingdom, Right to Know was only put into practice in 2005 — and has come under repeated fire by politicians ever since.

Maurice Frankel, director of the Campaign for Freedom of Information, talks about the United Kingdom’s fight for transparency — and how to keep transparency strong when politicians work to keep the public in the dark.

What inspired the Campaign for Freedom of Information to say that a Right to Know law is something worth fighting for?

We had been set up solely to get a Freedom of Information Act in the UK.

[Freedom of Information] had been discussed here at the same time it was being discussed in Australia, Canada, and New Zealand, and those countries all went ahead and legislated in 1982. Britain then had Ms. Thatcher’s Conservative government, which, unlike the other parties, was opposed in principle to freedom of information. Some of the other parties were in favor of it in principle, but had practical problems with it. Ms. Thatcher’s administration was opposed to it in principle. Our job was to try and ensure that it remained on the agenda, and would happen at some future time.

We were set up in 1984, but it took until 2000 before the legislation was passed here. It was four years later, at the beginning of 2005, that it came into force. We had at least three significant attacks on the legislation since then.

One brought by the government that introduced it, 18 months after it came into force, which wanted to severely restrict the scope of the Act. That was the previous government, which was a Labor government.

Then we had a coalition between Conservatives and Liberal Democrats, and they looked at ways of limiting the burden on public authorities, but they didn’t get around to doing it.

Then this government, which is a single party, Conservative administration, had another go at limiting the Act. It set up a commission to look at whether the Act is providing too much openness, and too little retention.

This commission received thirty thousand responses to its consultation, and nearly all of them in favor of protecting and improving [FOIA].

We’ve just had a massive campaign around that, and the impressive thing was that the press actually threw itself into this campaign with great vigor, particularly the papers that normally tend to support and sympathize with the government. [The push to restrict Right to Know] didn’t actually have a friend anywhere outside of the realm of government and public authorities. This commission received thirty thousand responses to its consultation, and nearly all of them in favor of protecting and improving the Act.

What helped the rally the public and press around protecting the act?

Well you know, we had a big parliamentary review of the Act published in 2012 which recommended some improvements to it, but didn’t find that it was causing an excessive burden or an excessive threat to necessary discussions within the government. That review, because it didn’t have a preformed agenda, made it easier to refute this commission.

In general, our requests are entirely free. With the exception of a couple of authorities, who are in a special situation, nobody gets a chance to even charge for photocopies, let alone application fees or time spent processing a request. I mean that’s a very healthy situation, but it’s one that makes public authorities feel that they’re not protected against people going over the top in the volume of requests.

[Tony Blair] said more or less, [FOIA] is his biggest mistake. Which for a Prime Minister that went in on the invasion of Iraq, is remarkable.

Actually, they are quite well protected by other administrative measures in the Act, though they don’t appreciate it. There’s a lot of pressure, a lot of resentment from some authorities that it’s too easy to make requests which they can’t refuse. There’s a lot of pressure from government at the top levels to have greater protection for internal discussions. The former Prime Minister, Tony Blair reproached himself for allowing that to go through. He said more or less, it’s his biggest mistake. Which for a Prime Minister that went in on the invasion of Iraq, is remarkable.

That act is very heavily used here, and has become a very prominent part of the press, campaign organizations use it, research bodies use it, and the general public use it. It’s got quite a good, high profile. Partly because of what it did in exposing the abuse of Members of Parliament’s expenses, where the Act showed that MPs were improving their houses at public expense.

Some of them had two homes, one near Westminster, so those people who didn’t live near London had somewhere to stay during the week, and one wherever they lived in their constituencies. What some of them where doing, is they were periodically switching the designation of their main home from one to the other, then they were allowed to cover the maintenance and redecoration costs, and so on, of their main home.

They were doing it to improve two homes sequentially. I mean a number of MPs lost their seats as a result of this, and a small number actually went to prison for fraudulently claiming public money. It made a big impact on public awareness [through Right to Know].

I think this was the first time the government made a sort of hamfisted attempt to neuter the Act. Had they done this in a more intelligent way, they might have made more progress with it. They saw what they regarded as a prize, and they made a lunge for it.

Do you think there’s anything that can be done so that politicians don’t see the Act as something that should be gutted?

Well, I think it is a difficult task to prevent government becoming very negative about transparency legislation. I think one thing that helps is when you have a regular change of government. You find that the politicians, when they’re in opposition, are using the legislation both to obtain information from the government, with whom they’re not sympathetic, but also to obtain information in their local areas. From local councils, from health service bodies, from the police, and so on. If the politicians themselves are using the Act, which quite a lot of them are, because the Act gives them stronger rights to information then their positions as members of parliament, I think that helps.

If the politicians themselves are using [FOIA], which quite a lot of them are, I think that helps.

The majority of the government party are usually not very enthusiastic about it. I think that is probably an immutable law if the Act is any good. If parliament has got a weak act, it probably wouldn’t bother.

Your organization started in 1984 and lobbied for this for a long time. What changed that after over a decade of fighting for this, it finally became a reality?

What brought the government to introduce it is the fact that we had a Labor party that was out of government for a very long period of time. Part of its critique of the Conservatives, who were in government, was that they were secretive. They made repeated promises, in fact I think it was in successive election manifestos, to introduce freedom of information. By the time they actually did come into government, it was very difficult for them not to do it. Simply the political competition between the parties helped us here. We have got some vocal friends in parliament who take the legislation seriously and are very alarmed at any attempt to try and weaken it.

You know, even so, one of the things that parliament attempted to do was to remove itself from the scope of the Act. Unlike the U.S., our parliament is subject to the Freedom of Information Act, as happens in a number of countries. What MPs probably didn’t anticipate was, that their their expenses claims, would be subject to scrutiny after it passed. When they discovered that, a bill was introduced with covert support from the government and opposition from benches, to remove parliament from the Act. That was justified by reference to the need to protect constituents’ ability to communicate privately with their MPs. That correspondence is not subject to the Act anyway, because the MPs are not subject to the Act, it’s parliament, and parliament doesn’t hold the individual MPs’ correspondence.

At the same time, it was a sign of how vulnerable the legislation was.

That produced a massive attack from the press here, so while the government got its bill through the House of Commons here, but there was a lot of blood spilled. By the time the bill had its turn to go to the upper house, nobody in the House of Lords was prepared to take it on, to face the kind of pressure and criticism that they would have got by trying to do this. They don’t have the same system of expenses claims as our MPs do, so they didn’t have that much to gain from it.

At the same time, it was a sign of how vulnerable the legislation was.

Beyond the expense reports, are there other sort of watershed moments where you think people kind of really saw the value from this?

The fact that we have one single act that covers central government, and the rest of the public sector as well, also helps, because there’s no doubt about what the law is that’s causing this benefit.

People value [FOIA] as they don't have many rights of this kind, which they enjoy in their own relation to the whole government.

For a lot of people, it’s not great political scandals, most of the time, they’re learning about local decisions, and local events, and things about excessive car parking charges, or hygiene standards in restaurants, or bad decisions about planning matters, and so on. Which people value, as they don’t have many rights of this kind, which they enjoy in their own relation to the whole government. Even when they don’t use it, they want to see other people using it on their behalf.

Any advice you have to other campaigners who are either trying to get a sunshine law, or trying to keep their existing one strong?

Our advice is always to form the broadest possible coalition. I mean when we were campaigning for the Act, we had about a hundred national organizations supporting us in this including the leading press bodies, campaign organizations, violence organizations, animal welfare organizations, organizations that wanted to see less animal testing, safety organizations that wanted to see more animal testing. Religious churches, other religious organizations, professional bodies. It turned out to be a wide constituency. Although most of them preferred somebody else to be doing the campaigning and the lobbying, going in, they did want this to happen, and they did put their voices behind it. Now that there’s a functioning act, and it’s being widely used, those people will come out and support the Act when it’s under threat. The people using it will come out and support it when it’s under threat. I’ve been impressed by the way that they’ve actually done that this time around.

At the end of the day, we all have a key part in this.

At the end of the day, we all have a key part in this.

Header Image via Campaign for Freedom of Information