As we mentioned in our earlier write up, the FBI’s files on outlaw icon Johnny Cash are surprisingly tame. Well, once you get past that part where he burned down a national forest. After that youthful indiscretion, the file consists mainly of investigations into various death threats the House of Cash received over the decades - including one that stands out due to the odd choice of medium, and the even odder investigation.

In May of 1979, just days before the release of his 62nd album, Cash’s manager received a letter addressed to Cash with no return address. 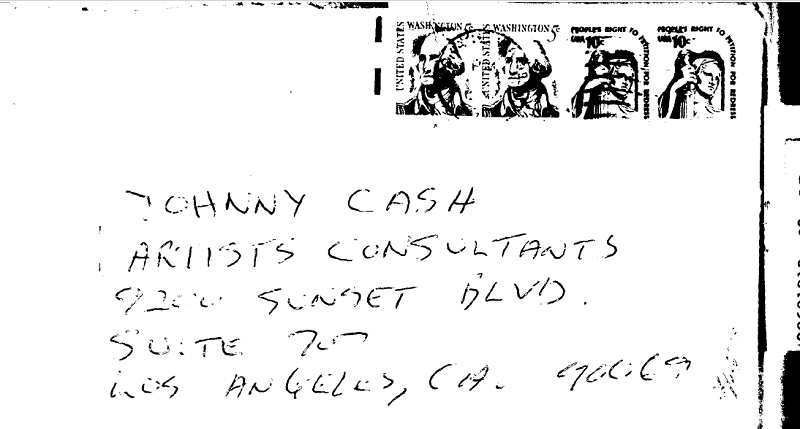 Enclosed was a letter from someone claiming to be an ex of one of Cash’s six daughters (the letter doesn’t specify which). As Cash’s manager herself put it, the letter is “non-sensible,” vowing that Cash’s daughter “won’t ever forget Xmas 1978 or me” (despite being mailed in the Summer of the next year) …

All pretty creepy, sure, but nothing Cash hadn’t seen before. What was new, and what pushed this from the “anonymous crank” to “maybe give the Feds a call” territory was what came after the letter - a surprisingly intimidating computer printout of a simple BASIC program wishing the Cash family a Merry Christmas and a Happy New Year … over and over and over, The Shining style.

To save you the trouble of counting just how many Merry Christmases were in there, the program happily provides that information at that end.

And if that wasn’t enough Silence of the Lambs meets Hackers for you, another program printout repeats “I LOVE YOU” in English and German ad nauseam … 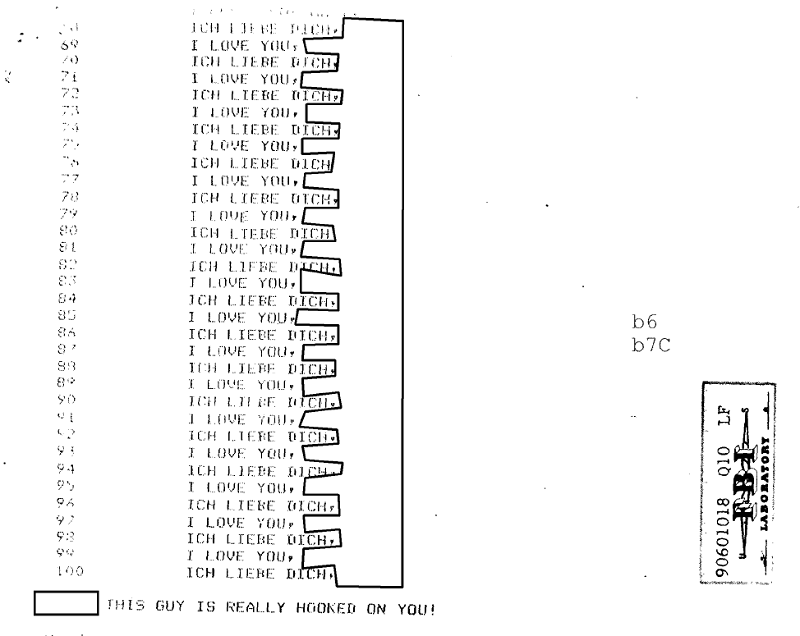 And speaking of nausea, according to the program code itself (apparently included in the letter by accident), the program was originally written as a gift to the programmer’s mother.

The truly novel nature of the threat, combined with a lengthy post-script that claiming that this was only one of a thousand more printouts to come …

lead Cash to alert the FBI, who pretty quickly tracked the suspect down to Chandler, Arizona. Pretty impressive detective work, only slightly undercut by the fact that the suspect had included his business card in the letter.

Then, in a fascinating blend of 20th and 21st century police work, the FBI seized the BASIC bandit’s software - so they could dust it for prints. 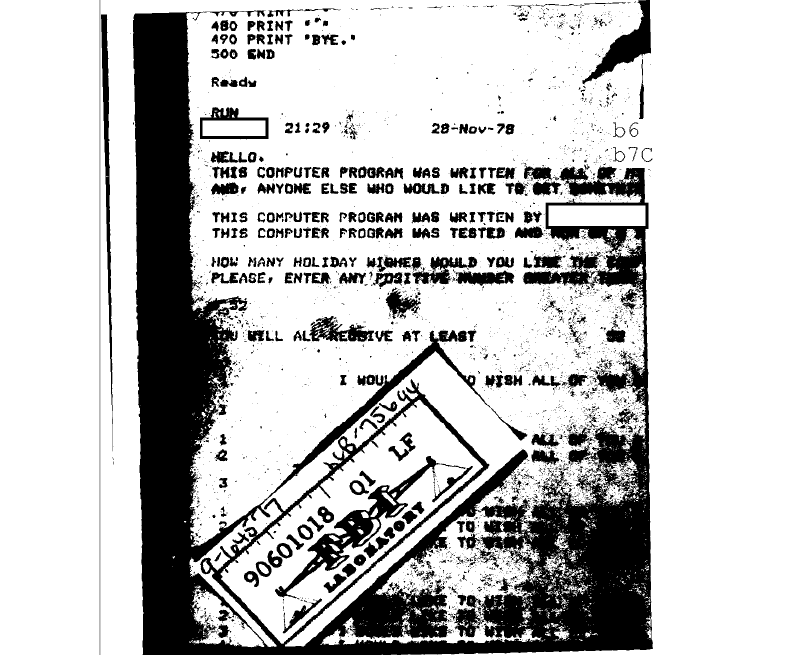 In the end, the suspect freely confessed to sending the letter, as well as hundreds of others. And what was his motivation? In his own words, “to impress his girlfriend.”

With the suspect identified as a known mental patient and deemed utterly harmless, Cash decided not to press charges, and the FBI closed their case - a surprisingly inauspicious beginning for what would eventually become the Cyber Crime Division. 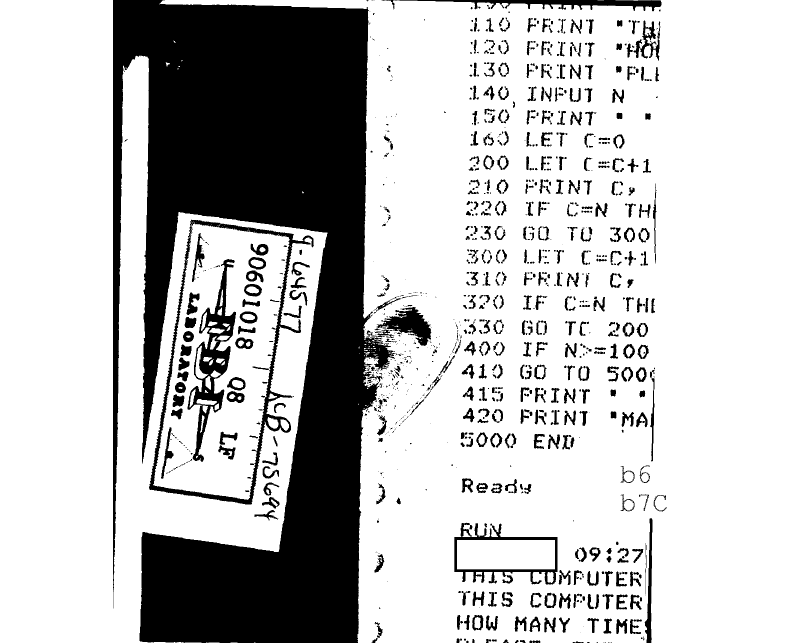