Richard Feynman’s sprawling FBI file covers two-thirds of the physicist’s legendary career, from drama over his invitation to speak at a Soviet science conference to an unnamed colleague citing his hobby of cracking safes at Los Alamos as evidence he was a “master of deception and enemy of America.” But the file stops abruptly in 1958, and for a very Feynmanian reason: Feynman asked them to.

After decades of Bureau inquiries, it appears a fed-up Feynman simply pulled the “I made the atomic bomb” card and asked to be left alone.

To their credit (and perhaps due to Feynman’s not inconsiderable clout), the FBI obeyed Feynman’s wishes, with Hoover even writing a chastising memo reminding agents not to bother the man without a damn good reason. 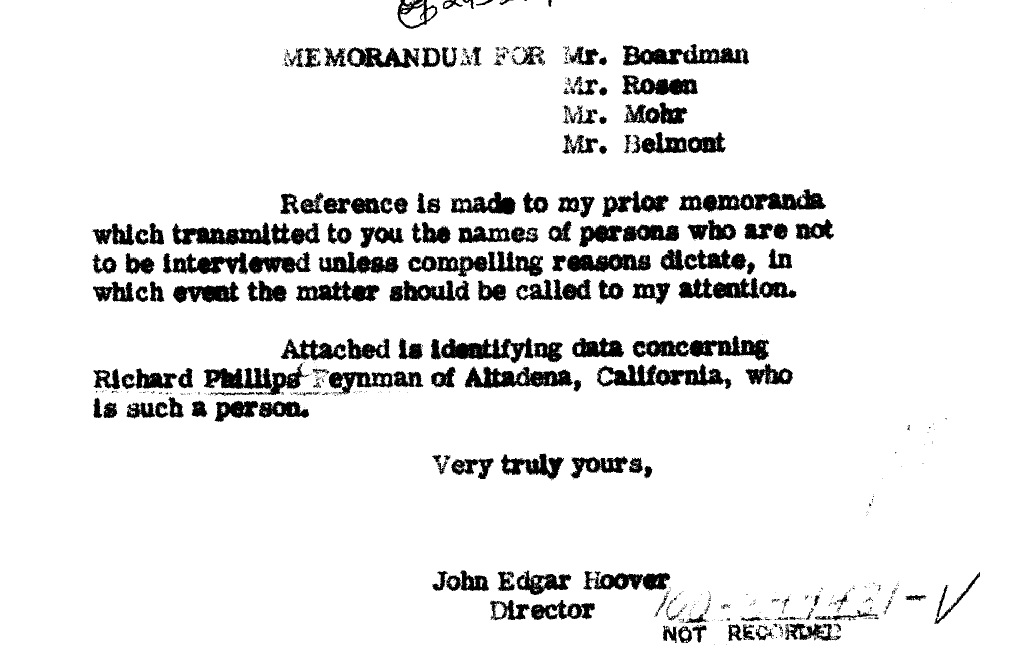 So there you have it: if you ever wanted to get the Bureau off your back, try to get a job on the Manhattan Project.

Read Feynman’s full file embedded below, or on the request page.