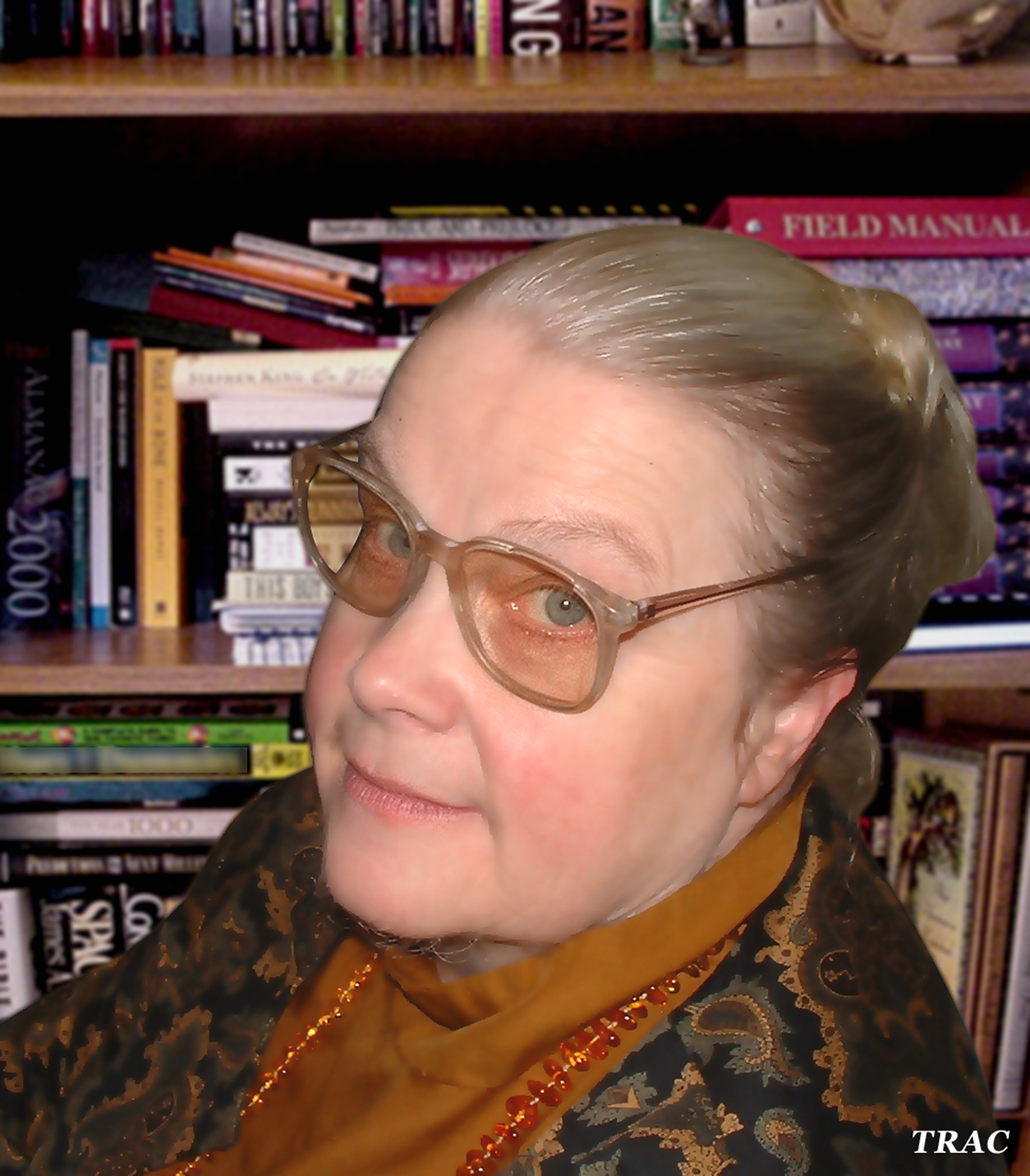 Sue Long, co-founder of Syracuse’s Transactional Records Access Clearinghouse and The FOIA Project, is one of the field’s legends. She has been pulling databases out of agencies since they were stored on tape reels — and well before “data journalism” was a hot trend. TRAC offers cleaned up databases on everything from immigration enforcement to IRS audit trends to news organizations around the country. The relatively new FOIA Project tracks FOIA lawsuits, helping requesters and litigators stay on top of the ever-shifting legal landscape. Long shares advice for other requesters, how she accidentally found herself as a FOIA pioneer, and why despite its flaws, FOIA is still critical.

How did you decide to start TRAC, and what prompted your interest in FOIA?

Both David Burnham and I, who were the co-directors when Trac started in 1989, had a much longer history of using data to examine what the federal government was doing. My experience making requests under FOIA for data actually goes back to January 1970. Back then we’re talking big open-reel computer tapes.

My experience making requests under FOIA for data actually goes back to January 1970. Back then we're talking big open-reel computer tapes.

And from our experience, we had seen that it is often difficult to get the information that you need, and so we thought that an organization would be helpful. I was a faculty member at Syracuse University and convinced the university and David to establish the center. We are a self-supporting center. Obviously the university is very helpful in providing our office and administrative supports services, but in terms of our operations we are self supporting.

What kinds of services has TRAC offered over the years, and has that evolved?

Well, we started way before the days of the internet, so yes. We’ve always produced reports and data and made them available. What’s changed is the mechanisms that are available for how you distribute that information, obviously.

We did printed reports!

Even internally, our communications have changed. Even though we spend time in our Washington DC TRAC office, I’m up in Syracuse, so, communications even between our offices have undergone revolution, as you can imagine.

It’s really revolutionized the ability — assuming you can get the information — to make it useful and available to the public.

You mentioned you had FOIA’d data before TRAC. What was that for?

Well, we’d have to go back to a January in 1970. At that point, I was a graduate student and my husband and I were looking for information because his small family business had been audited. And we were looking for information about the Internal Revenue Service and its procedures for ourselves. And we … saw that according to a librarian that there was supposed to be a public reading room where all the instructions to staff that affect the members of the public would be public in an index and so we went to Washington, DC and then attempt to visit the reading room. In those days, they were physical entities: You had to go to Washington to see it. And I’m originally from the Seattle area, so across the country.

We were turned down, so we did a bit of research.

And we were told — even though it was on the building’s directory when you walk in the door — we were told the reading room had been closed. And so we just looked at the directory because it was just opened.

“Well when did this happen?” And we asked if we could see a copy of whatever the memorandum was that had closed the reading room because we could see things on the shelf there.

And we said well, can’t we see some material here, what’s the harm? And they responded, oh well, there was a director who said they were supposed to take all of those things off the shelf, and then after that we could see.

We were turned down, so we did a bit of research.

At that point, obviously FOIA was pretty brand new, so we started making requests and of course the IRS was not giving any response, and we eventually decided that this wasn’t right, so we filed the first successful lawsuit ever against the Internal Revenue Service over the Freedom of Information Act, and ended up with a series of twelve or thirteen lawsuits.

It was our series of lawsuits that broke all of that public.

Eventually it broke loose and made public the Internal Revenue manual, which is now online, and instructions to staff. It affected member of the public: It was thirty-two feet of shelf space. And we also got just sort of just basic statistic: The number of audits that occurred in the country of high income versus low income, big business versus small business, audits that took place in New York versus California. It was all classified information and not public. It was our series of lawsuits that broke all of that public.

Barlett and Steele won the Pulitzer Prize for their story on the IRS and credit us because they couldn’t get the data, and they got the data from us.

And David King, because he was doing a book about the Internal Revenue Service and realized we had data, that is how we ended up helping David on developing specific numbers on the book as to what the IRS was doing. And out of that, we decided maybe we need to do a broader collaboration: TRAC.

When you started going after data from agencies with requests, as opposed to documents, was there a lot of push back from agencies at that point?

Oh yes. Absolutely. There was a lot of push backs from agencies, but I will say not anymore then than there are today from some agencies. So, you know, the world unfortunately hasn’t changed in some respects. There is a ninth circuit ruling that entered into the law in I think 1979 holding that computer tapes were in fact subject to the Freedom of Information Act. This was all before eFOIA or anything like that.

Where does FOIA work well, and where does it fall short today?

Because there aren’t any realistic sanctions for violating the law, some agencies take advantage of that fact and they fight the law. And they get away with it, or at least drag it out for a decade or more. And there’s also a resource issues and delay, delay, delay is obviously a huge problem, even for a cooperative agency.

Despite all the delays and all the other challenges, is there anywhere where you find the law does work well?

Oh, it’s absolutely central. Without it, you’d be dead in the water. The question is, is the glass half empty or half full, right? I remember the days before Freedom of Information, they could just say no. I mean what do you do? Write your congressman? So it’s extremely important. It would be nice if it worked perfectly, but you know, we live in a real world and things don’t necessarily work perfectly.

FOIA is turning fifty this year; what would you like to see change about it?

Well, my desires are probably not realistic, seeing that it hasn’t happened in 50 years. I think we need real sanctions.

I think we need real sanctions.

Realistic sanctions would make a really big difference. I also think that the court procedures have really deteriorated in handling for cases. Over the period of time I’ve seen it, it is making it difficult to litigate any matter than has factual questions involved because essentially, anything the government says is almost understood as the truth, and it’s very hard to challenge it. To challenge it, you’re told — Well, you can’t possibly challenge it because you’re not really at the agencies so we believe what the government says.

How often do you file FOIAs?

We don’t count, but every day I’m spending part of my time on FOIA, either filing a new request, or reading what has come in, and preparing an appeal or some litigation matter that I have to attend to. Because these things don’t move quickly, as you know, you have to be very persistent and we have litigation that has been ongoing.

Do you have a favorite request you’ve filed?

So many! No single favorite, but you know, a recent example was involving trying to get basic data about what Immigration and Customs Enforcement is doing, just basic statistics about how it enforces the law, and whether or not what it’s doing is consistent with its stated objectives. We filed every request, and it came up again, the barrier saying that the agency didn’t really believe that TRAC was a part of Syracuse University, or that they insisted that we had to pay all these fees because we were commercial organization, before they would even do a search. So, we filed suit. The comptroller of Syracuse University issued the checks [for the requests], right?

And they still contested that we weren’t part of Syracuse University, and so we won that, and you know, you can see the clock going by in a matter of years. And then, we finally got a response from the agency saying we hadn’t adequately described what we wanted and they refused to process it.

And they still contested that we weren't part of Syracuse University, and so we won that, and you can see the clock going by in a matter of years.

And so, we appealed that. We named the database! So it’s not that there was any secret about what it was that we were asking for, and the appeal was turned down. So we asked for information to help narrow our request, and we were told that they couldn’t provide any information about what the databases contained so that we could narrow it.

Do you have any advice for a first time FOIA filer? Any common mistakes?

Well, I think one should not expect the world to open for you magically, but that shouldn’t dissuade you from going forward. There are lots of resources online, and you should be persistent, and just follow up with the agency, and not be dissuaded because you’re doing a service not only for yourself, but for everyone in America, I think, because information and having agencies comply with FOIA is really, really important for the health of our democracy.

You're doing a service not only for yourself, but for everyone in America.

Do you think the media spends enough time filing its own requests?

Any tips or tricks for more advanced filers that you’ve learned?

Well, I think it is doing your homework in advance. If you’re trying to go after data, then it’s very useful to go online now and read what the agency has posted about their data systems and the descriptions of their data systems. If you read what the agency is publishing in terms of statistics, then that means it must come from some sort of database that they’re collecting, and so you can use their very words to say that you want to see the underlying data. And then, to follow up and see whether that particular FOIA office is amenable to any discussion to facilitate responding to that request.