Since late 2012, the Department of Homeland Security has been evaluating small drones for public safety applications. One of the sites for the testing program is an urban obstacle course dubbed “Liberty City.”

Like its Grand Theft Auto namesake, the feds’ Liberty City offers challenges to be tackled by joysticks and buttons. But the goal at the drone evaluation site is to impress public safety officials, rather than outrun and outgun them. 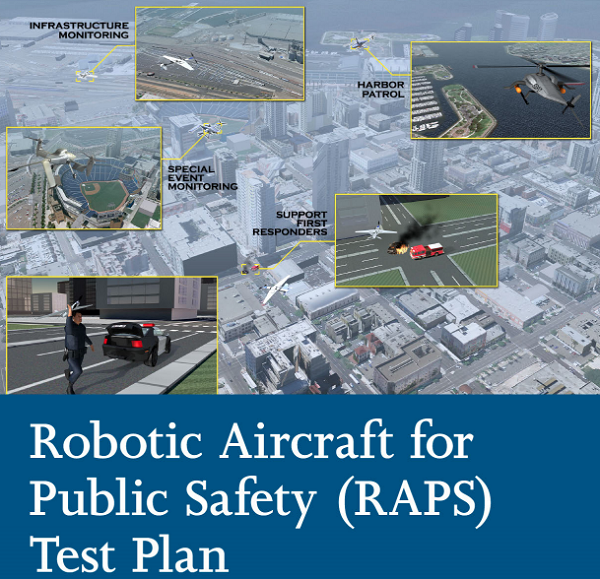 Liberty City is one of several sites used by the Robotic Aircraft for Public Safety (RAPS) evaluation program, an initiative spearheaded by the Department of Homeland Security’s science and technology division. Documents released last month in response to a Freedom of Information Act request show that RAPS traces back to 2009, when a sheriff asked DHS for help deciding which drone model on the market would best suit his department’s needs.

As part of a (pilotless) pilot run in 2010 and 2011, DHS experts evaluated three models of fixed-wing, hand-launched drones at two “relatively remote” sites approved by the Federal Aviation Administration. The department launched the full RAPS program in September 2012 via a call for drone manufacturers to submit unmanned models for evaluation.

The broad objective of RAPS is to determine whether drones can play a practical role in a broad range of public safety deployments. Such applications include law enforcement, firefighting, disaster response and search-and-rescue. The RAPS testing program evaluates each drone model for ease of operation, durability and performance in simulated scenarios. Reviewers compile their findings into a database for first responders nationwide to use when weighing a drone purchase. 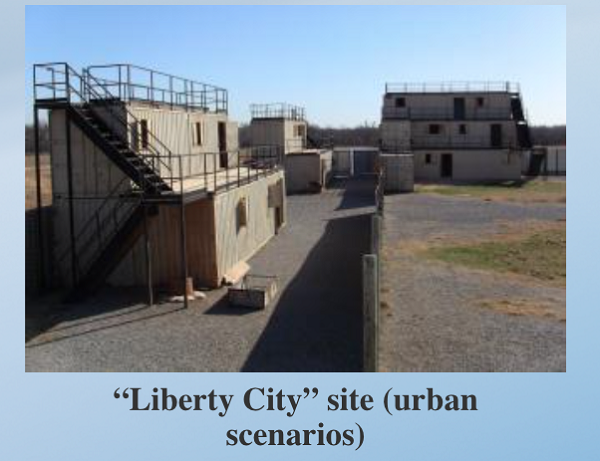 And, of course, there’s Liberty City. Military trainees use this part of Ft. Sill for simulated urban operations scenarios. Evaluations for the RAPS program leverage Liberty City’s mix of buildings and storage containers to test each drone’s ability to distinguish bystanders from assailants, track fleeing suspects and scan urban scenes for items of interest. 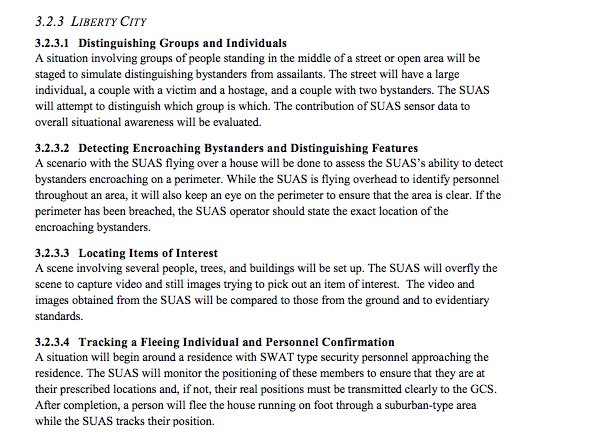 Tests at Liberty City thus simulate active shooter, hostage, or bomb threat situations where a SWAT team or other specialized squad requires accurate, real-time intelligence. Scenarios at other sites evaluate drone systems’ abilities to spot people in wooded terrain, zero-in on the source of a fire, or detect radiation.

Since RAPS testing began in December 2012, the program has evaluated a mix of fixed- and rotary-wing models, including drones manufactured by Lockheed Martin, AeroVironment, and Aurora. As expected, no single single platform excels across all scenarios, and evaluators continue to explore how unmanned vehicles best integrate into public safety operations.

So far, the Department of Homeland Security has not released detailed findings from RAPS testing. While program officials indicate that summaries of each evaluation should be released online, last year DHS rejected in full a request for RAPS assessment reports, citing concerns over release of sensitive material that might contain trade secrets and law enforcement techniques.

The RAPS program is not classified. Its findings are meant to help first responders around the country make better decisions when it comes to buying a drone. But it took more than a year of unnecessary review and haggling over fees — including sending the same check three times — to get the Department of Homeland Security to release its RAPS test plan.

Once DHS did release these basic records, they were heavily redacted. Slides from a presentation given by RAPS officials at a 2013 drone conference indicate that the test plan was approved for public release in November 2012. These same slides, which were posted online without redactions, include many testing parameters that were blacked out from documents released upon FOIA request.

For example, compare portions of the test plan released to MuckRock… 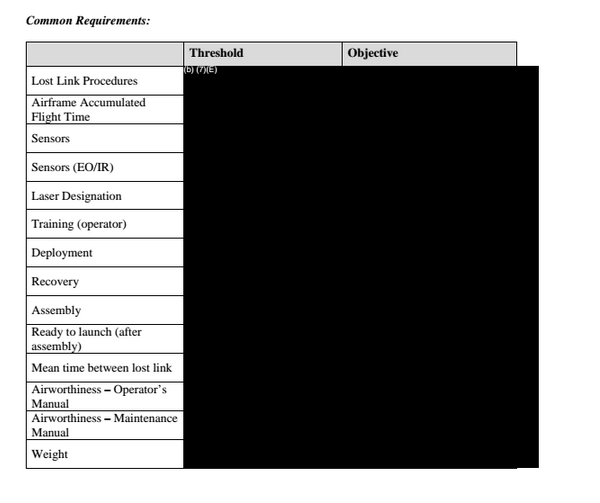 … to the same information posted online by RAPS evaluators in a June 2014 slide deck: 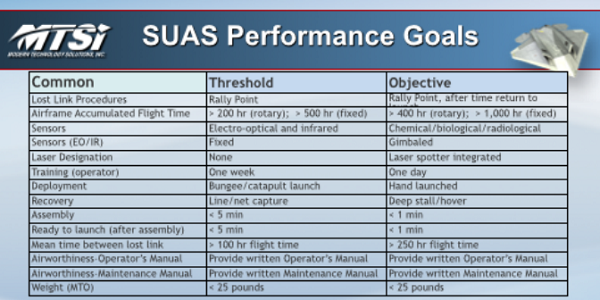 The Department of Homeland Security claims that RAPS evaluation details — such as the target weight for public safety drones (under 25 pounds) or required assembly time (under 5 minutes and ideally under a minute) — constitute sensitive law enforcement information.

MuckRock is appealing these unnecessary redactions, and has also submitted fresh FOIA requests for all RAPS assessments completed to date and for other reports submitted by RAPS evaluators regarding their progress and findings. In the meantime, we’ve asked for RAPS evaluations from program officials themselves, since many of these documents should already be public.

Read through the full report on the request page, or embedded below:

The most passive-aggressive public records response in MuckRock history

LAPD *still* doesn’t know what to do with its drones