The MuckRock 50 States of FOIA Project aims to shed light on what it’s like to work with public records around the U.S., through the voices of requesters state by state. This time, we focus on the state of Illinois. MuckRock spoke with Matt Topic, legal counsel for the Better Government Association.

I am a government transparency and intellectual property attorney at Loevy & Loevy in Chicago, and I am the Outside General Counsel for the Better Government Association. 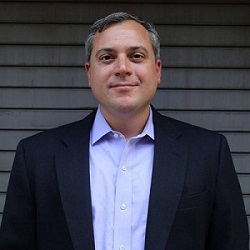 Why were you interested in working with the BGA?

I was introduced to the BGA through a former colleague who was in intern there, but more generally, I very deeply believe that democracy can only function properly when people know what their government is doing.

Unfortunately, Illinois has a sad history of corruption problems, privatizing government functions in a way that isn’t transparent, and even bullying people who make FOIA requests, so we find it very rewarding when we can change policies and practices through FOIA.

How often do you file FOIAs?

BGA files over a thousand FOIA requests a year.

Can you shed some light on the appeals process in Illinois?

There used to be a provision in Illinois that said if your request was denied, you had to then take an appeal to the head of the public body before you could pursue your right to appeal any other way, but that’s no longer the case.

Now, if a public body denies a request or fails to meet a deadline, the requester has the right to either file what’s called a request for review with the Attorney General or to file a lawsuit. The Attorney General process will resolve in most cases by issuing either a “binding” or “non-binding opinion” to the government that it violated FOIA or not. The vast majority of time, they’ll issue a non-binding opinion.

Hopefully, the public body will comply, but there’s an increasing trend of public bodies not following non-binding opinions to produce records.Once in a while, maybe ten out of several thousand times, the Attorney General will issue a binding opinion, and then the public body is required to follow that or to file a lawsuit against the Attorney General - but that happens only in very rare instances.The other option is to file suit in the state court to decide if there’s been a violation. The court can award attorney fees and costs, and it can also award civil penalties for willful and intentional violations of the law.

Have you had any recent successes?

We win our FOIA suits, because we only sue when we know we’re entitled to the records.  Yet still we’re forced to file suits on a regular basis. For example, we recently sued the Chicago Public School system for repeatedly failing to respond to requests in a timely manner.

Can you speak a little about that process and the results?

The BGA requested certain basic agreements from the Chicago Public Schools and other school district that are not exempt under FOIA. We got an email back acknowledging that they had gotten the request and claiming that the request was too broad because it didn’t have a time period. It actually did have a time period, which we immediately pointed out, but we got no further response for four months, and so rather than just continue to sit and wait, we filed a suit against CPS to get those records.

In the course of putting the suit together, we also looked at how often CPS was responding in a timely manner for other requesters, and we found over 40 instances in a 15 month time period in which they gave no response the requester went to the attorney general’s office to try to get a ruling.

There looked to be a real pattern of delay, and anecdotally, I had heard from people who had the same issue with CPS taking too long to respond and not complying with deadlines. So the point of the suit is not only to get the records we wanted, but also to have the court to supervise CPS making reforms that would correct this problem for the future.It seems to me that the fundamental problem is that there’s only one person at CPS who’s responsible for responding to a lot of FOIA requests, and they’re getting far more requests than one person can reasonably keep up with. The statute requires that they devote the necessary resources to requests, so they have to put an appropriate number of people on this to keep up with the number of requests they receive. The fact that people want to know what’s going on at CPS is a good thing for transparency, and CPS needs to respond to that.

How often do you have to file suits with the BGA?

We have been recently filing 1 to 2 lawsuits per month, and it’s disappointing that the number has to be so high. Often in the process of a suit or an appeal, we go back and forth with the government, only to get the information and find out that there wasn’t even anything controversial about it. Other times we learn that they were hiding something embarrassing.

Do you have any advice for first time filers?

If there’s something you want to know, just ask for the records about it. If there’s an exemption, there’s still no harm in asking. If it’s an agency you suspect will be difficult to work with, get familiar with the jargon first, so you can request exactly what you want. If you get denied, push back.