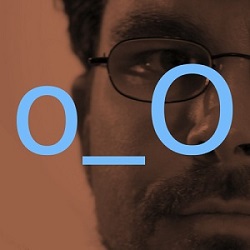 With nearly 300 requests under his belt, Phil Mocek is one of MuckRock’s most prolific users. Here, he shares how he’s used public access to show governmental duplicity, gives his advice for first-time requesters, and talks about some of his favorite requests — and what he would have done differently.

You’re a self-described activist on a number of issues, from drug policy reform to civil liberties. How did your activism intersect with public records requests, and how often do you see this areas overlapping?

The things that motivate me to dedicate my spare time to pushing for political and social change often involve governmental infringement upon individuals’ liberties. Whether government staff are at the root of some problem or not, we’re typically going to need their involvement in order to bring about significant change. So a view into their operations, either to expose malfeasance or to evaluate performance improvements, is very often useful to activists.

I believe strongly in the need for institutional transparency. Oversight of what our government staff do in our names and with public resources is vitally important. If an ostensibly public record is not readily available to the public, I think we should make it so. Forcing governmental transparency by requesting, receiving and publishing otherwise-obscured public records is, itself, a form of activism.

What was your first request, and how did it go? Why did you try using public records in the first place?

The first request I remember well was placed in 2009. I was the victim of wrongful arrest while attempting to return home from a political convention. My polite, non-disruptive and lawful behavior bothered some public employees, so they brought in the police, who arrested me, put me in jail, and made up a story to support their actions. (I was later acquitted of all charges by a jury.)

After I posted bail and flew home, someone helpfully pointed out to me that while I would need an attorney in order to subpoena related records (e.g., airport security camera recordings, audio recordings of police radio, call center dispatch, officers’ “belt tapes,” etc.), I could file a FOIA request for those records by myself. I sent my requests to the United States Transportation Security Administration and to the City of Albuquerque via next-day air delivery to provide a paper trail and ensure that recordings weren’t purged before someone discovered that they were of interest. My requests effectively froze those records, because destroying them after I requested them would have been a violation of open records laws.

Lately, I’ve filed about five requests per month for public records, both under the United States Freedom of Information Act and the Washington State Public Records Act. That rate is trending upward, as the more I discover, the more my curiosity is piqued.

How do you use public records requests? Does it start with when you get results, or is just filing the request a useful activity?

Receipt of records I request satisfies my curiosity and affirms that we are entitled observe the operation of our government. I hope it doesn’t end there, though. I believe that information I dig up is often useful to others, and that shining light on governmental activity will facilitate others’ work to inform the public and improve our government.

Do you find them useful for lobbying for change or raising awareness about an issue, or building credibility?

I see records requests primarily as investigatory in nature, but when the results are published, they can serve as a public notice that something claimed to exist does or does not, in fact, exist. For example, Seattle Mayor Mike McGinn publicly stated that Seattle Police Department “granted permits on the fly” for a political demonstration consisting of several thousand people marching in the streets of downtown Seattle, but neither his office, nor the police, nor the department of transportation were able to find any record of such when I asked. And Officer Rik Hall of Seattle Police Department stated under penalty of perjury that he received training on anarchism, but Seattle Police Department was unable to find any record of such. I don’t know what to do when I find that a politician or peace officer is unable to back his claim with documentation, but I feel some satisfaction in forcing their empty hands instead of just remaining quietly skeptical. They don’t have to answer follow-up questions, but they have to respond to records requests.

Where does FOIA shine as an activist’s tool, and where does it fall short?

If one’s activism involves analysis of the activities of the United States government or of simply shining light on government activities about which we’re otherwise kept in the dark, FOIA is the tool.

What advice do you have for a first time FOIA filer?

Grab some boilerplate from RCFP’s FOIA Letter Generator or from a request on MuckRock and demand (or if you want to be extra friendly, ask) to see our public record. Publish it on the Web so the next person who wants to see it can do so without the hassle you endured. If you include some context in the wording of your request, others who read it later will be more likely to understand why the record was of interest, and a records clerk searching for the record will be less likely to tell you it doesn’t exist when in fact it does. For example, if the record you seek was mentioned in a newspaper article or in a memo issued by someone else at that agency, cite the reference in your description of the record. If it is mentioned at a city council meeting, link to the video archive.

I don’t know how to evaluate the requests I’ve placed in a manner that would land one clearly at the top. The following are some of the most memorable, and comprise about 5% of those I’ve placed:

Do you [think] the general public take enough advantage of public records laws?

No, I do not. Many people think of government as this hazy thing that surrounds us, operated by people who have authority to do mostly whatever they want to us, rarely if ever considering that we have the right to demand to see what our public staff are up to. We can and should insist on reviewing the activity of our public servants, from top to bottom. The more they attempt to hide what they’re doing, the harder we should try to observe.

Where did you learn about the public records process?

I learned bits and pieces about FOIA over the years from various sources. I learned of Washington State Public Records Act at a meeting of Seattle Community Council Federation at which a representative from Washington Coalition for Open Government delivered a presentation about our state’s Public Records Act and Open Public Meetings Act. There, I discovered that the PRA is stronger than FOIA. Among other advantages, it requires pubic agencies to pay legal fees of plaintiffs when successfully sued for violations of the act.

The Washington State Public Records Act, passed decades ago after the Watergate scandal awakened Americans to inappropriate secrecy in government, states, “The people of this state do not yield their sovereignty to the agencies that serve them. The people, in delegating authority, do not give their public servants the right to decide what is good for the people to know and what is not good for them to know. The people insist on remaining informed so that they may maintain control over the instruments that they have created. This chapter shall be liberally construed and its exemptions narrowly construed to promote this public policy and to assure that the public interest will be fully protected. In the event of conflict between the provisions of this chapter and any other act, the provisions of this chapter shall govern.”

I find that inspiring and emboldening. I hope others do as well.

Image by Rattlhed via Wikimedia Commons