Back in the ’80s, in response to requests for assisting in tracing drugs, the DEA lab developed a method for detecting traces of cocaine as small as .25mg.

Don’t try this at home, however - the method relies heavily on chloroform. 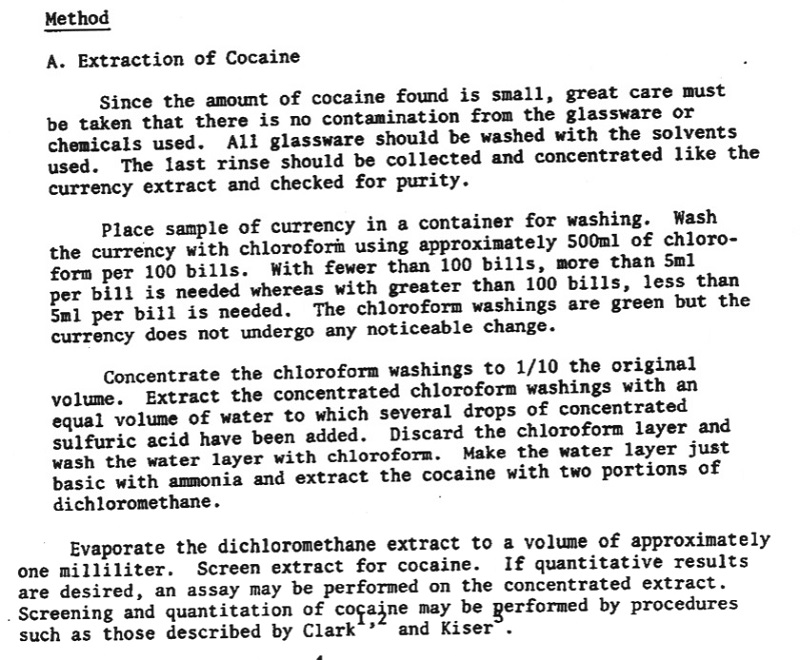 So what’s the problem with this method? A study of Chicago Federal Reserve Bank cash found a third of randomly selected money samples of $50 and $100 bills in general circulation failed the test.

Even worse, it turns out the Federal Reserve’s cocaine-tainted machinery was itself responsible.

Without much more use than a nifty party trick, the DEA quietly recommended “the project be terminated.”