Back when the National Security Agency still measured data in megabytes rather than by the square mile of servers, the agency took it upon itself to catalogue the output of a newswire service and publications of the wider intelligence community. One NSA database called ANCHORY catalogs intelligence analysis and reports from the CIA, State Department and Defense Intelligence Agency, plus Reuters for good measure.

According to March 1993 and April 2000 memos released to MuckRock user Jason Gulledge, the ANCHORY system “provides timely retrieval of textual data by keyword and other relevant information on a 24-hours per day, 7 day per week basis.”

ANCHORY was just one database codename revealed in the wake of Edward Snowden’s NSA leaks. The database name was listed on a number of LinkedIn profiles for intelligence analysts based in Maryland. 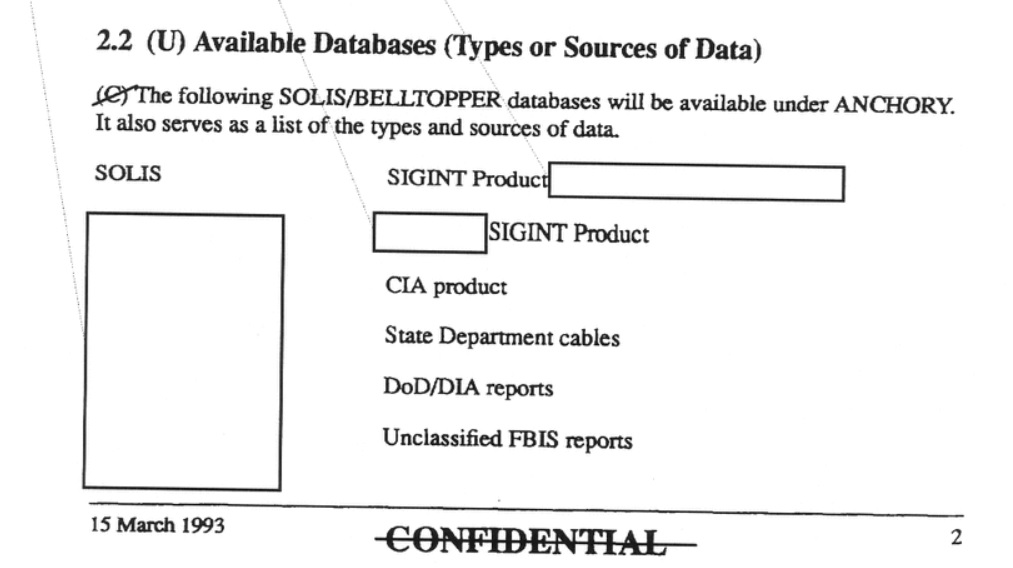 The documents also makes reference to a Multimedia Access User Interface, but is otherwise heavily redacted. The total size of the database was apparently capped at 16 gigabytes.

The ANCHORY documents were released as part of Gulledge’s Freedom of Information request to the NSA for information on several programs. NSA FOIA officer Pamela Phillips rejected Gulledge’s request for a fee waiver and submitted that his request was too broad for other documents to be retrieved.

Read the full release below, or on the request page:

Request for information on government programs