Until recently, most of the details of the National Operation Center’s twitter account,@DHSNOCMMC1, were not public knowledge. The account appears to be used strictly for monitoring, with no tweets having been sent out from the account, nor does it accept follow requests. However, thanks to a FOIA request by Carlton Purvis, we now know who that account is following, and even what apps are used to manage it.

Despite that last caveat, the account only follows two individuals - former District of Columbia Mayor Vincent Gray and FEMA Administrator Craig Fugate. The other 335 are a mix of police and fire departments, emergency management agencies, news organizations and utility companies. 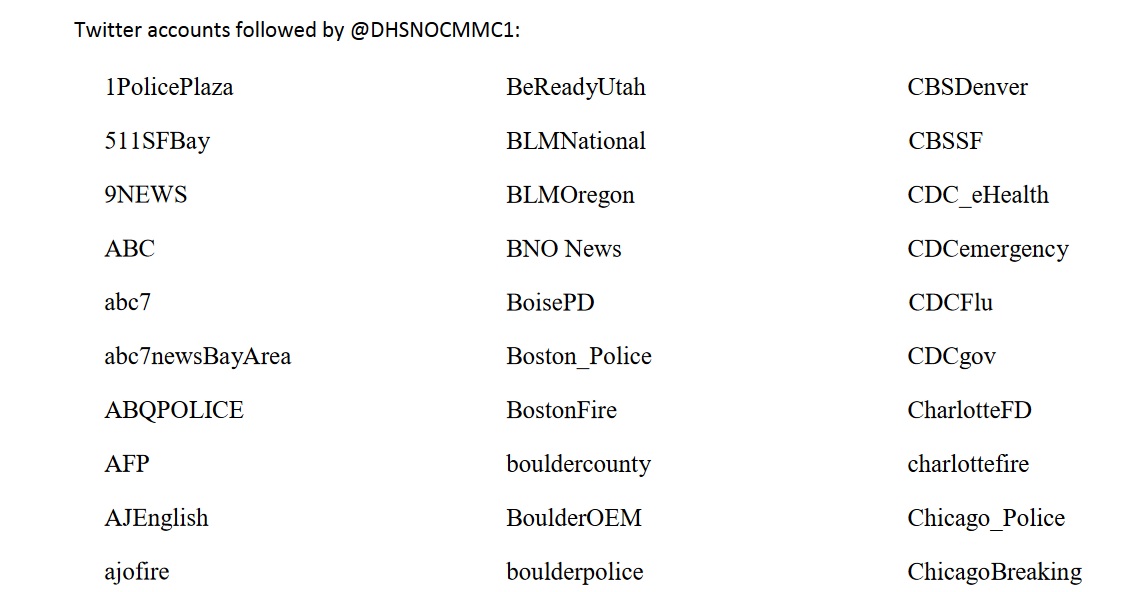 California Watch reported on the Department of Homeland Security’s efforts to leverage social media to monitor threats last year. The story says in a 6-month period, the National Operations Center “generated more than 9,300 ‘item-of-interest’ reports from its social media monitoring program.” MuckRock’s Todd Feathers managed to get a partial list of reports released.

Read the full list of @DHSNOCMMC1 followers embedded below, or on the request page.