The Boston jail that faced intense scrutiny after the accused “Craigslist Killer” committed suicide while in custody mixed in clip art and celebrity gossip in a slideshow used for suicide prevention training.

The Nashua Street Jail has a “fairly good record” on preventing suicide among its inmates, but the facility has been the site of three reported suicides since 2003, including that of Philip Markoff, the medical student arrested as the possible “Craigslist Killer.” Markoff’s high-profile death in 2010 raised questions concerning the effectiveness of the Suffolk County Sheriff Department’s policies on suicide prevention in its corrective and detention centers.

MuckRock requested the Sheriff Department’s policy guidelines on suicide prevention in the wake of that incident. After a two-year wait, the Sheriff’s Department finally released responsive documents that suggest jail staff is avoiding any mention of the lessons learned from Markoff’s suicide.

According to the guidelines, all inmates admitted to facilities under the department’s purview are assessed for suicide risk by a nurse. All staff members responsible for inmate supervision are trained to identify “at-risk” inmates and take action toward preventing self-harm.

Among the training materials for staff members is a slideshow entitled “Suicide Awareness,” which Public Information Officer Peter Van Delft said is used by members of the Training Division up to 50 times a year. It’s geared toward an understanding of suicide among the general population rather than preventing suicide in the prison system. 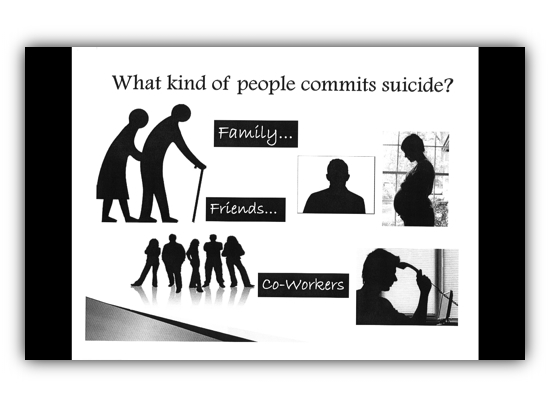 Van Delft said that the purpose of the slideshow was “to help staff to recognize and respond to inmates and detainees who may be exhibiting early warning signs that could potentially lead them to acts of self-harm.”

While the slideshow obtained by MuckRock is dated 2012 — two years after Markoff’s high profile suicide — the slideshow is full of facts that appear irrelevant to suicide, inmates, or both. For example, one slide features a pictured list of “celebrities who suffers [sic] from depression,” while another states that “suicide is the 11th leading cause of death in the U.S.,” even though the same slideshow states suicide is the number one cause of death among inmates. In fact, only two of the nearly 30 slides in the presentation pertain to suicide in prisons. 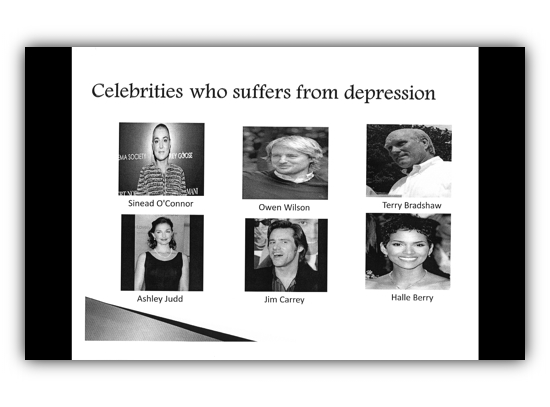 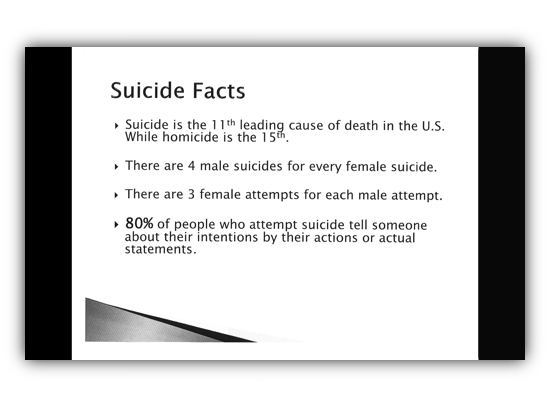 That questionable relevance of the training materials to the prison population is also reflected in the sources that the authors of the slideshow used. The Sheriff’s Department states that the slideshow’s authors drew from “many different sources for information, including Mental Health America, Massachusetts Department of Mental Health, National Institute of Corrections, National Commission of Correctional Healthcare.”

However, none of these organizations were cited in the slideshow. Rather, one slide contains information from a dubiously sourced website called Listverse.com, while other slides cited non-prison-related organizations like the Centers for Disease Control and the World Health Organization. 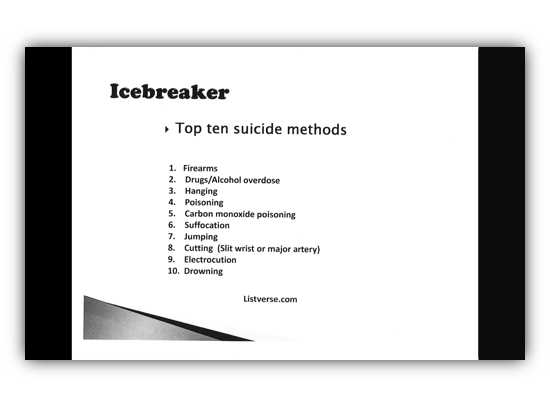 The last slide in the presentation features a gruesome and gratuitous photo of a female suicide victim who apparently died in prison.

It is unclear how long this slideshow has been in use, but Van Delft stated that “the slideshow is continuously evaluated and updated” and has been approved by the agency’s Director of Mental Health.

Read the full slide show, along with other suicide-prevention policy materials, embedded below or on the request page.