On November 24, 1971, a man identifying himself as Dan Cooper (aka D.B. Cooper) boarded a Boeing 727 from Portland, Oregon to Seattle, Washington and executed the only unsolved skyjacking crime to this date.

Cooper ordered a bourbon and soda, told a stewardess that he had a bomb, and gave her this message:

He held the plane’s passengers ransom until his demands were met. He exchanged the passengers and two flight attendants for the money and instructed the pilot to fly him to Mexico City. Somewhere between Seattle and Reno, Nevada, Cooper jumped out of the plane with the money, never to be seen again.

The case has puzzled the Federal Bureau of Investigation for over 40 years, attested to by Cooper’s 30-part FBI file, featuring an array of news clippings, leads, and even hoaxes. As of 2016, the FBI is no longer actively pursuing the case, but investigators are willing to reopen the case if compelling evidence arises. The closing of the case has not dissuaded its devotees, as the decades-long investigation continues to inspire former federal agents and amateur sleuths alike.

Just this year, two different suspects were named by separate independent investigators into the case. As we approach the 47th anniversary of D.B. Cooper’s disappearance, let’s take a look back at some of the suspects and dead ends in the Cooper mystery.

On April 7, 1972, another plane was hijacked under similar circumstances. The suspect had a hand grenade, held the occupants of the plane hostage, and parachuted out of the plane after receiving $500,000 ransom money. The hijacker of this plane was Richard Floyd McCoy, Jr., who quickly became a suspect in the FBI’s investigation into Cooper. McCoy was a Vietnam veteran and experienced skydiver capable of pulling off the parachute operation. Additionally, $499,970 were supposedly found in his house, according to the FBI.

McCoy was sentenced to 45 years in prison for the 1972 hijacking, but he was killed in a police shootout after escaping prison in 1974. McCoy was ruled out as a suspect in the Cooper case because investigators did not feel that he matched the description of Cooper. McCoy was also 29-years-old at the time of his hijacking, and Cooper was described as a man in his mid-forties to early-fifties. 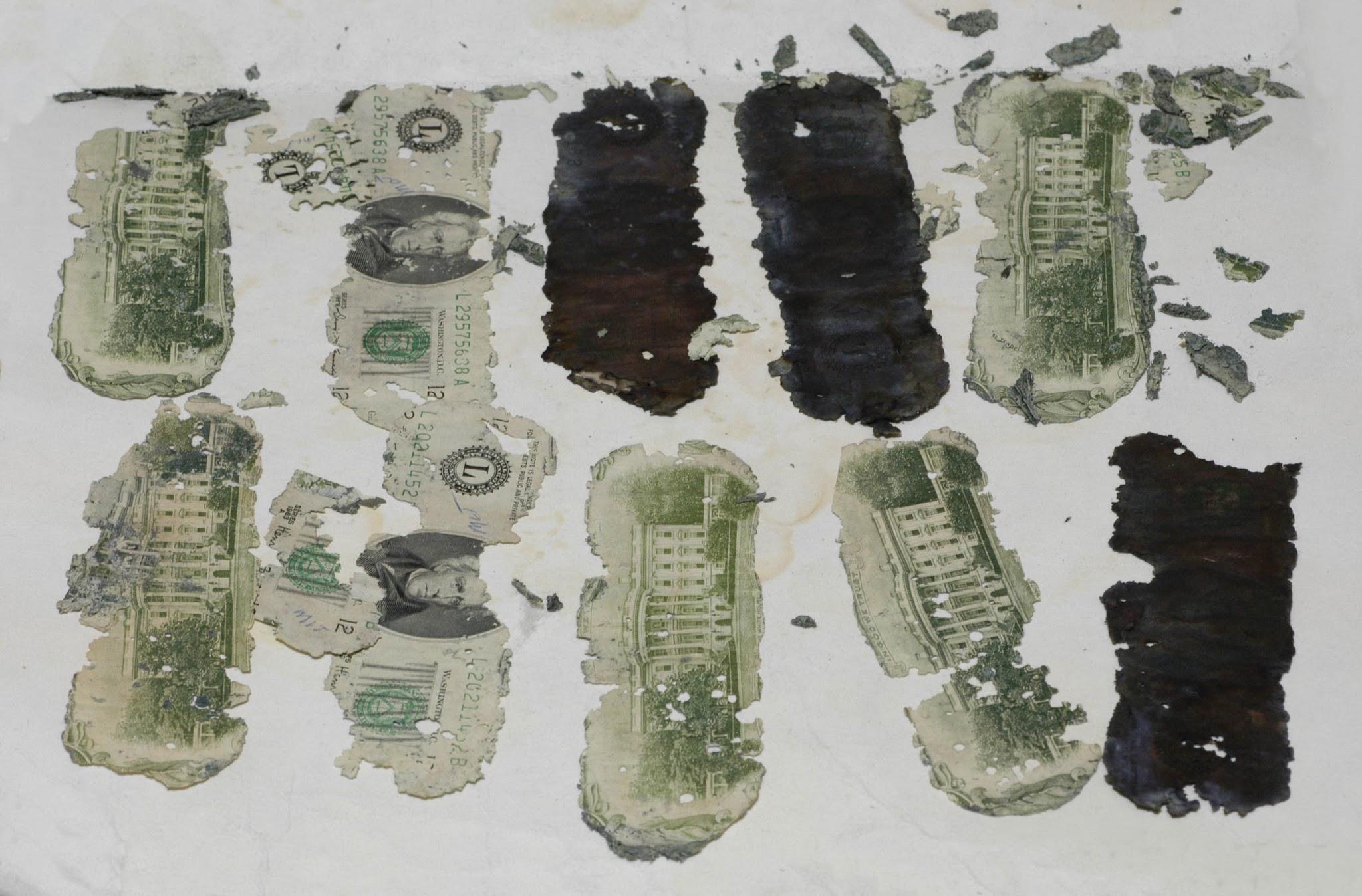 A few months after the crime, the FBI and Attorney General John M. Mitchell released a “ransom list” of serial numbers associated with the bills that Cooper stole. In August 1980, an eight-year-old boy found $5,800 worth of $20 bills matching the serial numbers of the stolen bills in the Columbia River. The FBI searched the area for more bills and clues to D.B. Cooper’s whereabouts and/or his body. The lost cash fueled speculation that Cooper may be dead:

Ultimately, the search came up empty.

In May 2018, Carl Laurin published a memoir about his longtime friend, Walter R. Reca, who he claims was Cooper. Reca was a former military paratrooper, and Laurin had long suspected his friend of being the mysterious skyjacker. Laurin prodded his friend for years until Reca gave him a confession around a decade ago. Reca, who died in 2014, reportedly gave Laurin a taped confession to be released after his death. According to the Washington Post, the FBI’s Seattle division declined to comment on this specific tip but said that none of the new information has led to a definitive identification of Cooper.

Then, in June 2018, filmmaker and author Thomas Colbert and his team named Vietnam veteran Robert Rackstraw, 74, as the mysterious Cooper. Rackstraw had been implicated in the crime before, back in the ’70s when the FBI listed him as a person of interest and again in an independent investigation in 2016. Colbert and his constituents filed a FOIA request to the FBI for a pair of letters that they claim had coded messages that pointed to Rackstraw as the hijacker.

Rackstraw was cleared by the FBI in 1979. The FBI did not indicate that they were going to look into Colbert’s tip, but Colbert insisted that his team cracked the case, according to an interview with Seattle PI. Rackstraw did not confirm or deny the allegations set forth by Colbert’s team when asked by Seattle PI in November.

Read the part of Cooper’s file (originally requested by J.K. Trotter) embedded below and the rest on the request page.

J.K. Trotter sent this request to the Federal Bureau of Investigation of the United States of America