After a two-year legal battle, a Suffolk County District Judge has ordered three District Attorneys in Massachusetts to release records to The Boston Globe following a lawsuit spearheaded by the state’s Attorney General, Maura Healey.

The 2016 lawsuit is an unprecedented move - as the Globe reports, this is the first time the state AG has sued another agency for failing to release records. 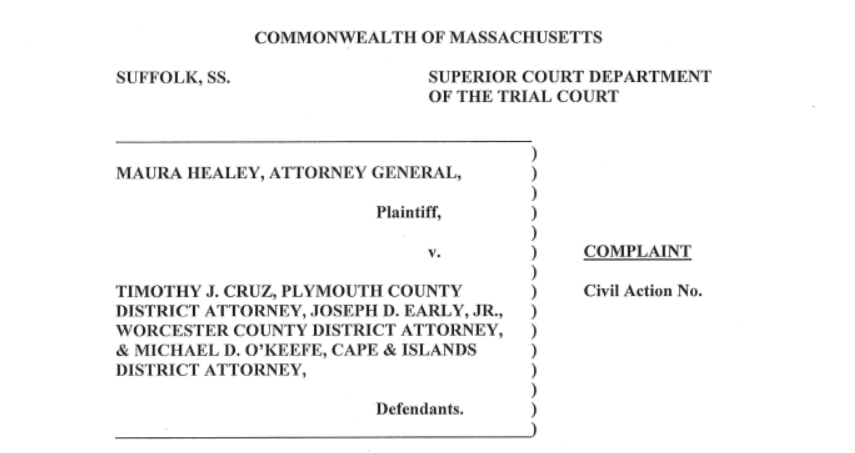 Furthermore, all three District Attorneys Offices argued that the requested records are, in part, exempt from disclosure under the law and if released, would violate attorney-client communication privileges. Additionally, the Plymouth and Cape Islands District Attorney’s argued that the request would require the creation of a new record, which is not required by law for agencies to fulfill.

Suffolk County District Judge Rosemary Connolly’s 31-page opinion rejects these arguments. Additionally, the AG’s office noted that Connolly ordered the district attorneys to produce the requested records within 90 days, or file an appeal within 60 days of her ruling. 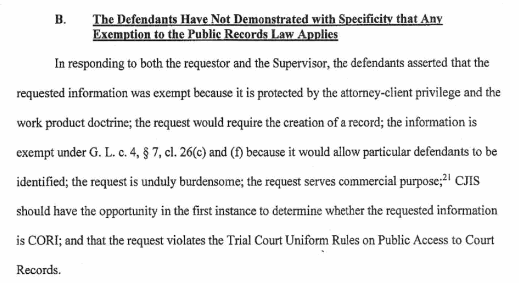 It’s unclear if any of the three DA offices will appeal Connolly’s ruling. Lindsay Corcoran, Deputy Director of Communications for Worcester District Attorney, says their attorney is “currently reviewing the decision.” But after a two-year records battle, it seems like even the Massachusetts AG is not immune to the state’s infamously tedious records process.

Connolly’s ruling is embedded below.