While in the process of asking police departments around the nation about their policies on off-duty officers, we received Boston Police Department’s Rule 102 - ”The Conduct and General Rights and Responsibilities of Department Personnel,” which contains all the rules and regulations that a BPD officer must live by. 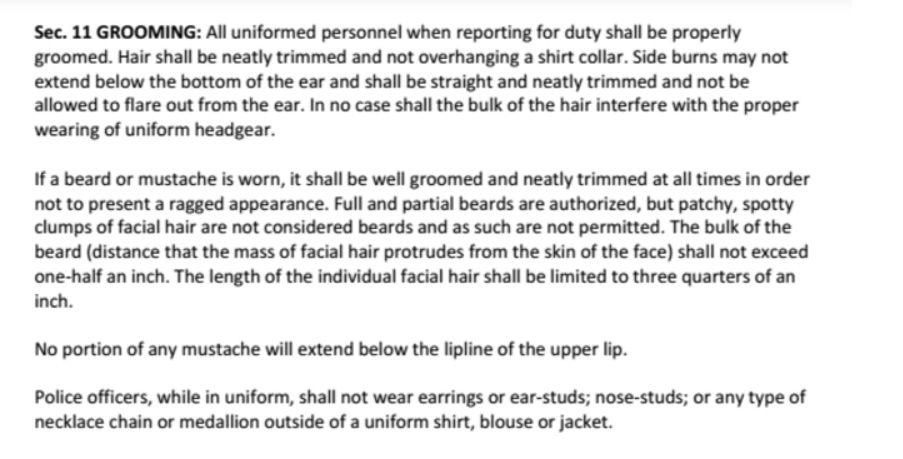 Does your facial hair, haircut, or piercings meet BPD standards? I am pretty positive mine don’t. Personally, I think it’s rude for BPD to discriminate like this on patchy facial hair - some guys just can’t grow a lustrous full beard, no matter how hard they try.

I suppose if you don’t put it in the rule book you would have officers thinking it was cool to just crash in their cruisers for an afternoon or something? 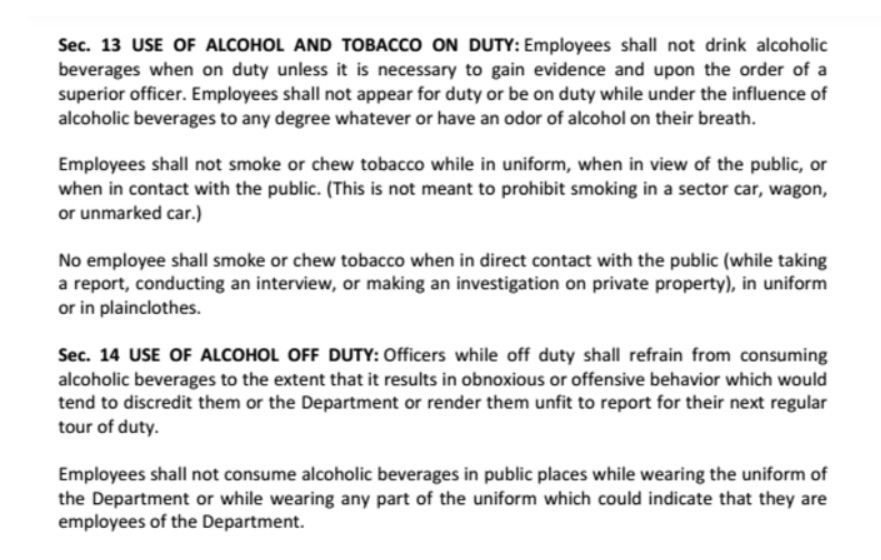 More discrimination here, this time against smokers. At least they leave the car option though, that is generous.

The no-alcohol on-duty is very understandable, and I think I can speak for most Bostonians here and say, we are all very grateful BPD thought to include this in their manual. But what about Boston cops drinking off-duty? The answer is very carefully.

It is good that BPD has three separate rules regarding alcohol. Very good. 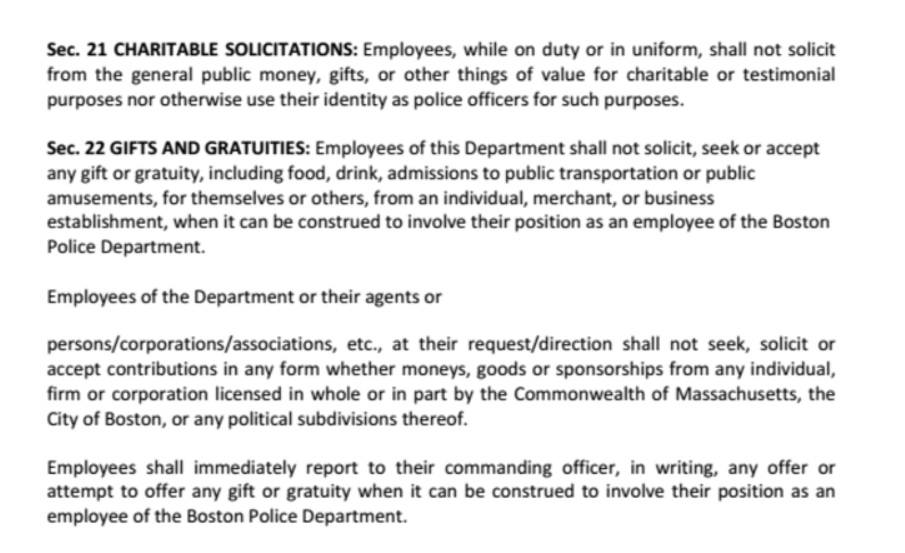 These ones are pretty funny, mostly because they are literally just saying not to take bribes.

Yeah cops! You have to obey the law too! Well, except murder, apparently that one’s fine.

Don’t be friends with criminals! Except if they are family or whatever. 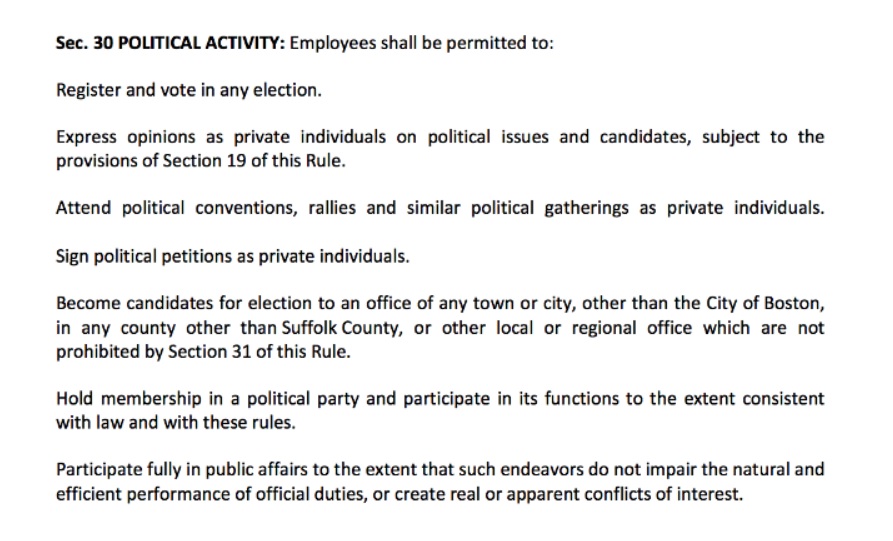 Out of the manual’s 14 pages, nearly three of them are rules governing what officers can do politically. For real. 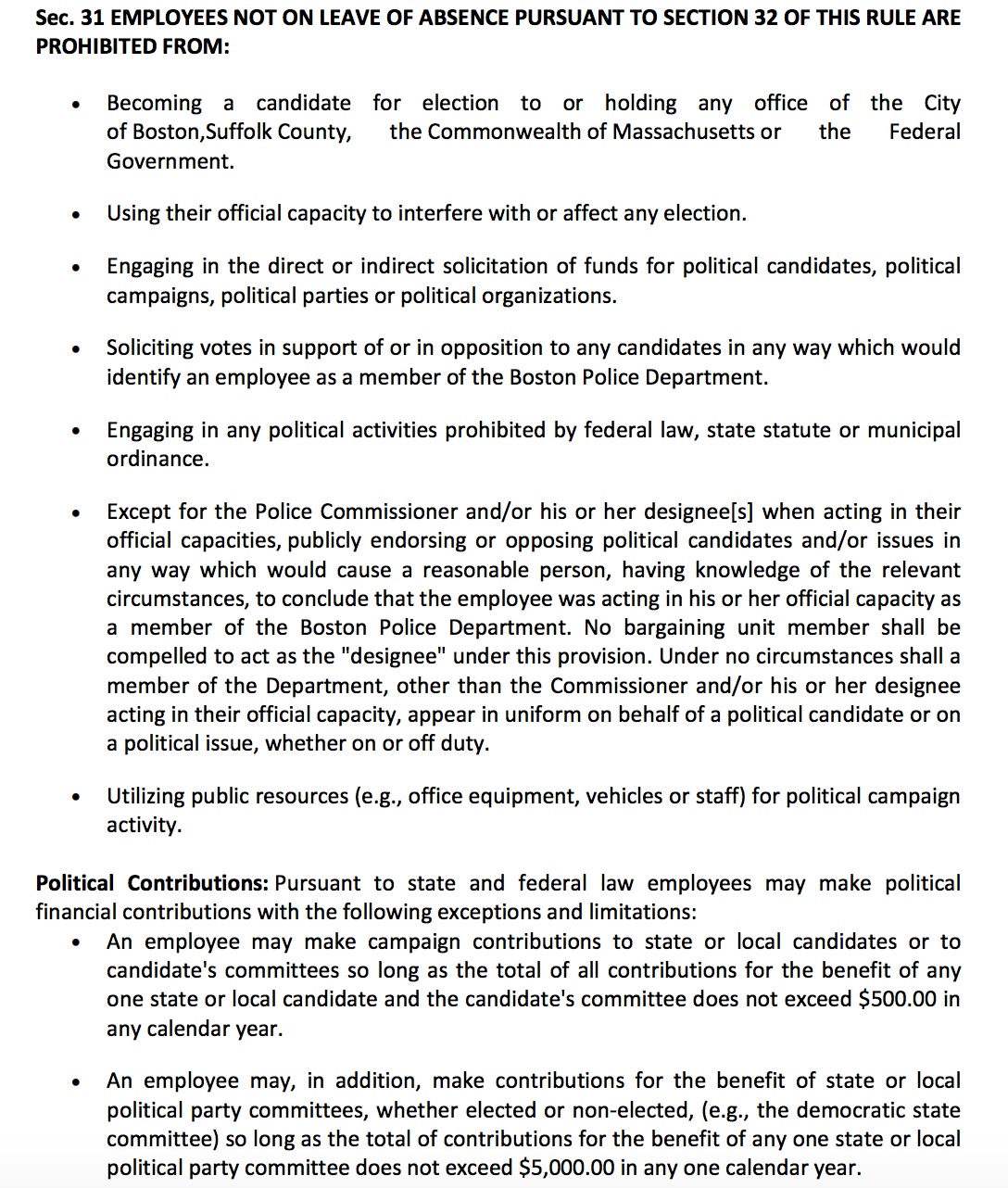 Really, the rules just bar them from donating ludicrous amounts of money to politicians, running for office while also a BPD officer, and using their job in law enforcement to try and sway an election. Common sense stuff, right up there with no bribes or crime. 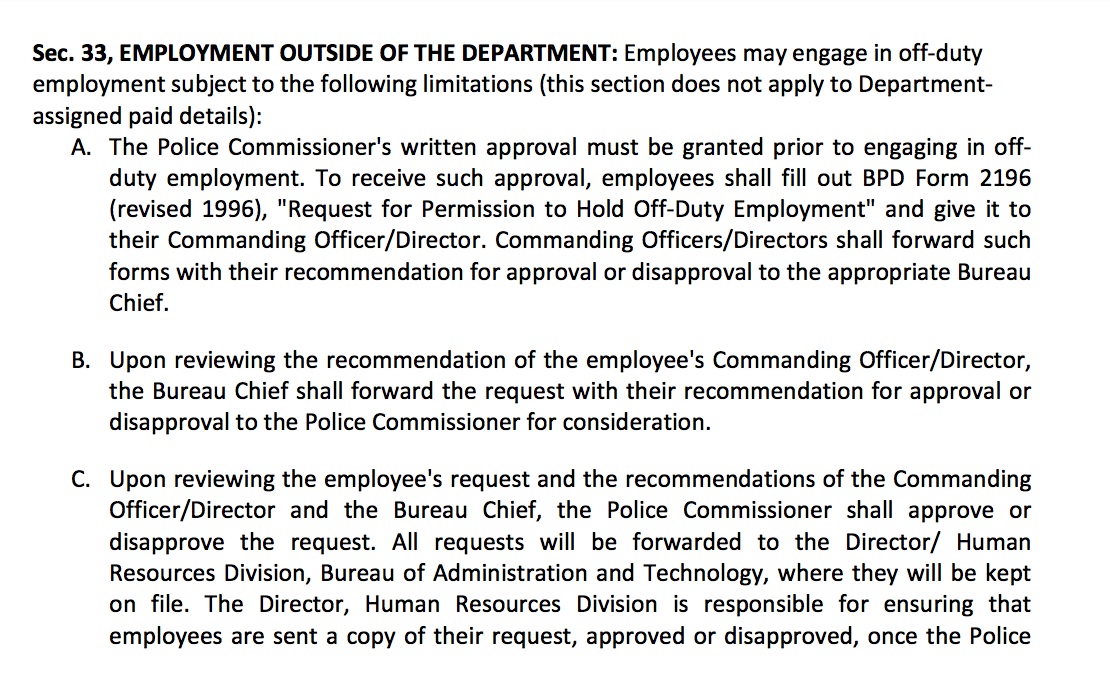 There is also a ton about working outside the department. In another section of this manual it mentions officers cannot work more than 90 hours a week, counting overtime (an incredibly long work week, my god), so it doesn’t really seem like a ton of officers would need a second job, or want one, but I assume there are some who endure the experience of working more than double the amount of hours that are deemed healthy by the Fair Labor Standards Act.

Anyway, there are a whole lot of these rules. Apparently you need a Commanding Officer to sign off on your request, and there are strict stipulations about what kind of work you can do. Moonlighting at a liquor store? BPD doesn’t think so. 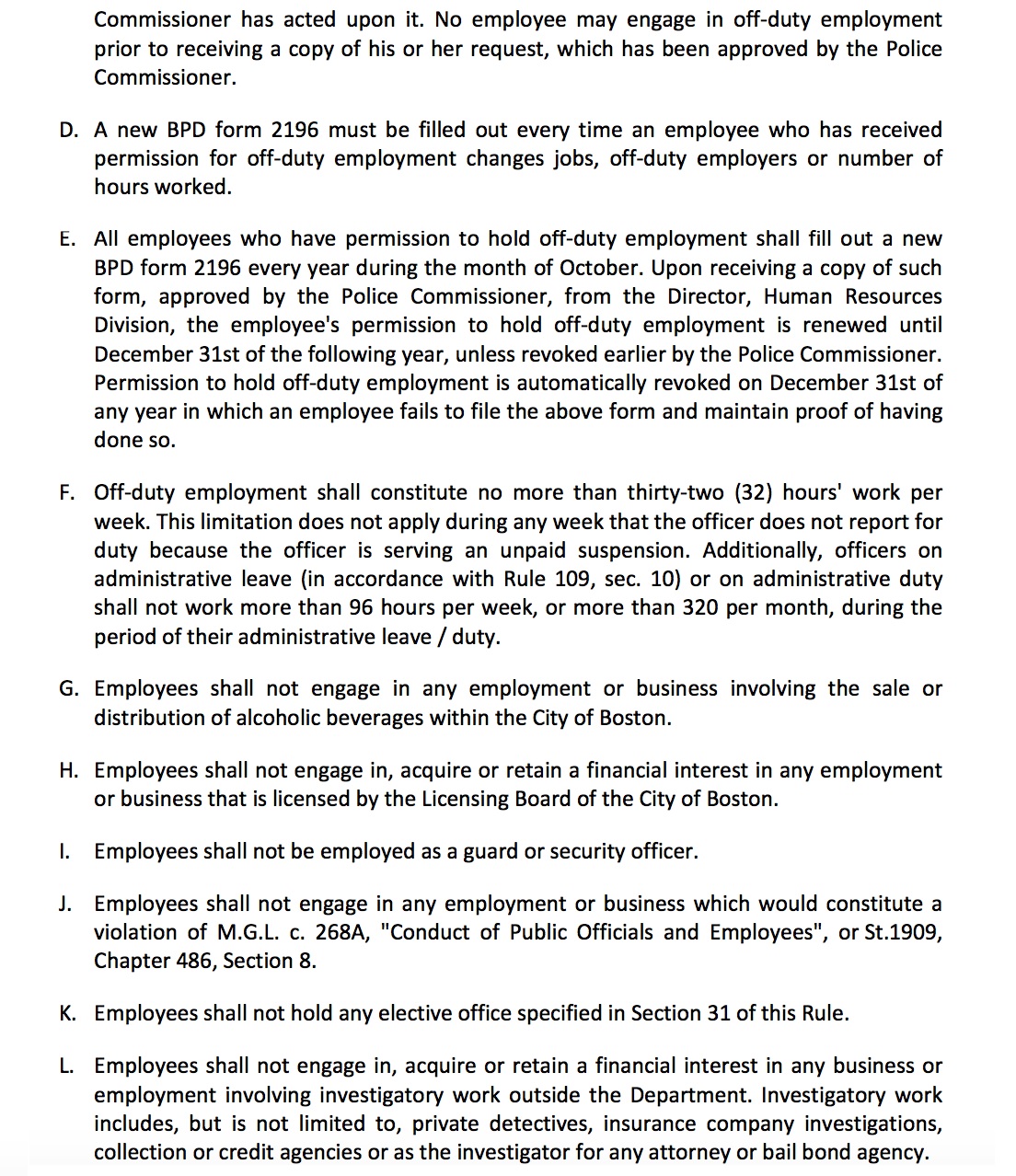 I had to read this one a few times before I got it. Basically, if a superior officer gives you an order that you can’t follow because you’re already following an order, or it’s a wrong or dangerous order, and the superior officer does not rescind the order when called on it, then the officer who got the order has to just figure it out and do it anyway. That sucks.

Feel free to check the rest of the manual embedded below, or on the request page.

Image by Paul Keleher via Wikimedia Commons and licensed under Creative Commons BY-SA 2.0.

Curtis Waltman sent this request to the Boston Police Department of Boston, MA