The thing about being a public official subject to FOIA: we get to look at your emails.

Corey Stewart, native Minnesotan, fired Trump campaign advisor, and chairman of the Prince William County Board of Supervisors, is campaigning to be the Republican nominee for governor of Virginia. His “Take Back Virginia” platform makes no secret in its intent around immigration, and opposition to the “politically correct” movement to remove Confederate monuments around the commonwealth.

In his spare time from the Prince William board role, Stewart has campaigned throughout Virginia around Confederate monuments. In a May 15 Facebook post in response to a white supremacist rally that occurred in Charlottesville in protest of the removal of a Confederate statue, Stewart took aim at a black city council member who voted to remove it, denouncing him as a “bigot” who “foments racial hatred.”

A few weeks before that incredible statement, I was curious to find out what his email inbox looked like. I sent in a request asking for any emails mentioning the Confederate monuments (also the terms “Yankee” and “carpetbagger,” just to be thorough) and waited.

MuckRock has fought for years now against Virginia’s anti-transparency policy that requires in-state residency to obtain documents. Go figure the Prince William County Attorney’s Office did not miss a chance to make me show my papers.

Yikes. But the solution is simple: Any MuckRock user can file a request in my name, using my blessed status as a “Virginia citizen.” It has been a reliable workaround, and no agency has denied a request from me (you) yet.

So what’s in Stewart’s mailbag? Well, The Sons of Confederate Veterans’ Alexandria chapter invited him to speak in 2018 … 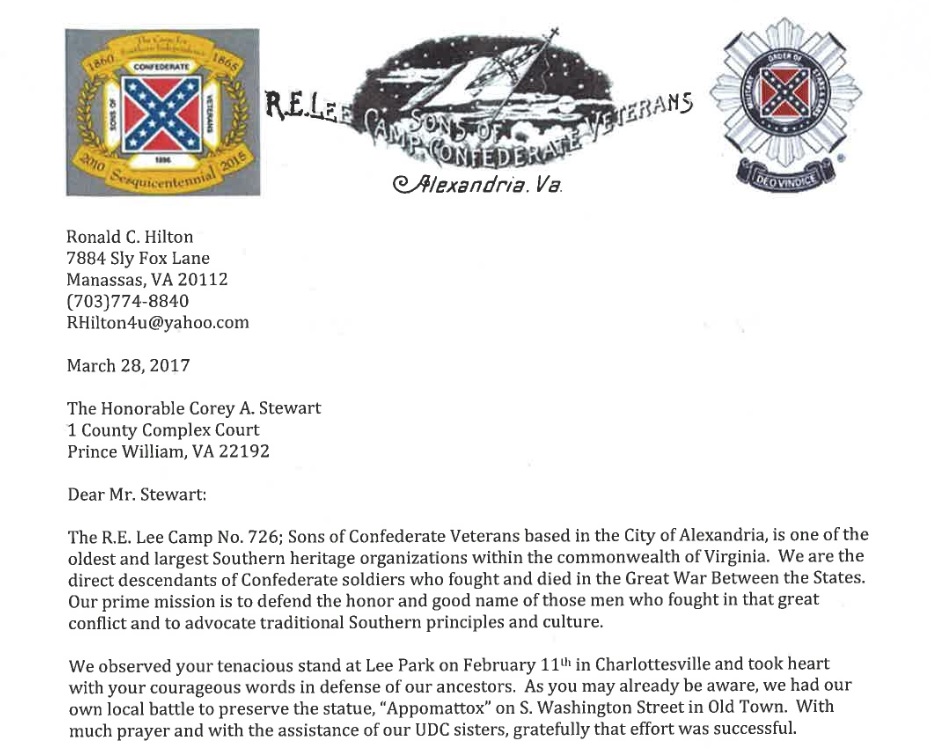 some folks who want him to resign …

and then there’s this.

Did you think I was being a little ridiculous when I asked for them to search for the terms Yankee and carpetbagger?

The only email written by Stewart himself, beyond a request for a Confederate heritage group member to get in touch with his scheduler, comes in response to someone asking him to condemn the bomb threats being made to Jewish schools in the region.

While Stewart promises to keep up his campaign, even in the face of flagging poll numbers, we should keep watch on his words and actions as closely as we can. Think you have a good request? File it here. In the meantime, you can read the emails embedded below or on the request page:

Image by Gage Skidmore via Wikimedia Commons and is licensed under CC BY 2.0

Tom Nash sent this request to the Board of Supervisors of Prince William County, VA