In February 1981, FBI Director William H. Webster received a priority memo from the Bureau’s Alexandria office - a source of known standing had uncovered a possible plot to assassinate Prime Minister Margaret Thatcher during her upcoming visit to the United States.

How had he stumbled upon this information? By quite literally stumbling into it - he had been out drinking at a bar when he overheard two men with “English or Irish accents” doing what can only be described as “plotting.”

The source recalled their suspiciously detailed conversation in suspicious detail …

and gave an equally suspiciously detailed descriptions of the individuals.

As for motive, the source also provided a list of overheard phrases that reads like the word bank for a Northern Ireland conflict word jumble. 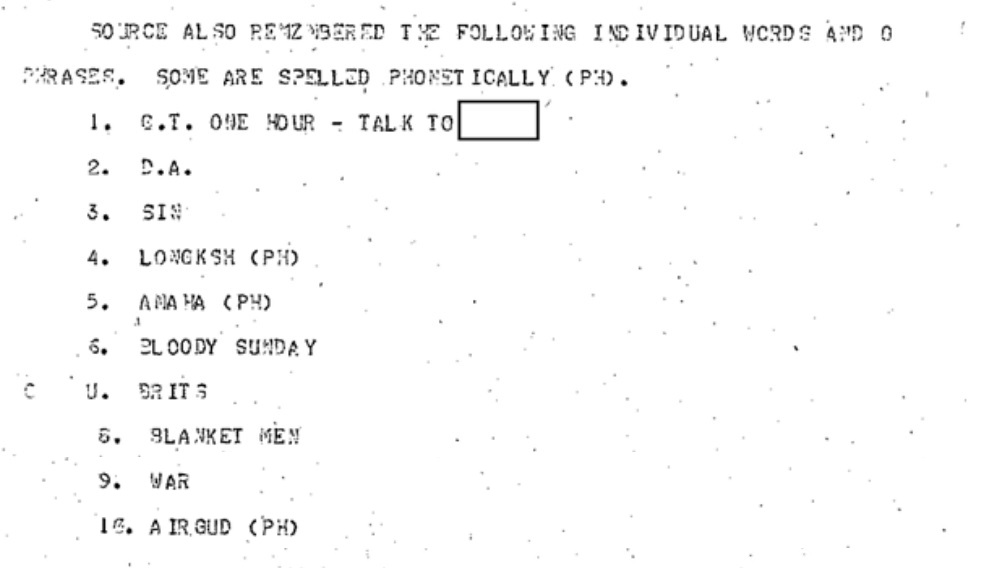 The FBI ran the whole thing by their Northern Irish experts, who confirmed that, yes, they were talking about Northern Ireland, and additionally provided background on the “H” mentioned by the two suspects.

So without a moment to lose and Thatcher’s life hanging in the balance, the FBI leapt into action, interviewing bar staff for potential leads on the suspects and informing local Bureau offices to alert for the IRA gearing up to make a move.

Which is where things start to fall apart.

After talking to waitstaff, the FBI was able to track down two suspects that met the source’s description - only they weren’t Irish Separatists plotting to overthrow the yoke of the British opression, but a couple of insurance claims adjusters from New York who had spent the evening getting drunk and talking about insurance claims.

The Bureau even went to the trouble of confirming that neither spoke with an “English or Irish accent.”

At the national level, things didn’t fare much better - what local groups the Bureau talked to all maintained they had nothing planned but peaceful protests …

including the “Squash H” group mentioned by the source, which almost seemed amused to be considered a danger to anybody. 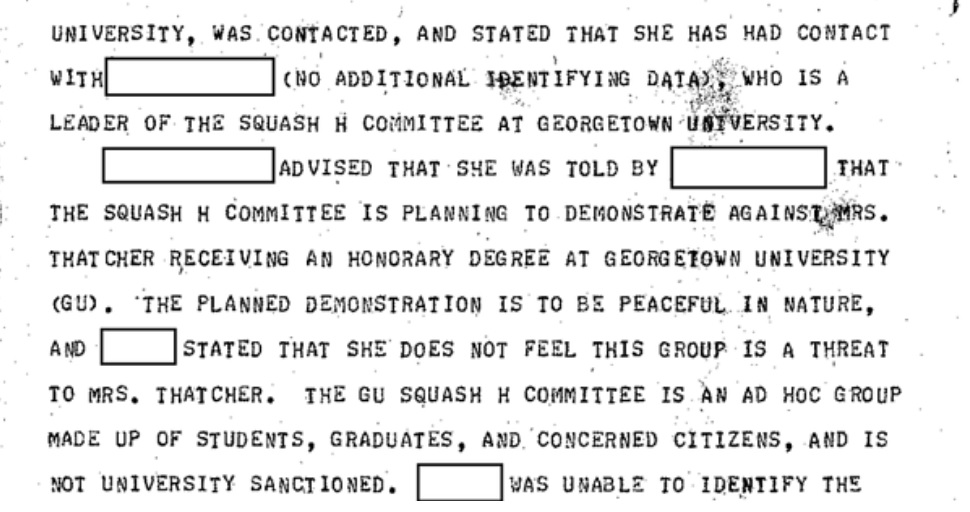 Confidence waning, the FBI tried in vain to convince the source to submit to hypnosis (!) to confirm their recollection of the evening …

and barring that, a polygraph to see if he made the thing up.

While the source refused on both grounds, he did selflessly offer to keep drinking at that bar on the off-chance the suspects return.

With all leads dried up and Thatcher un-murdered, the FBI decided to just quietly close the case. 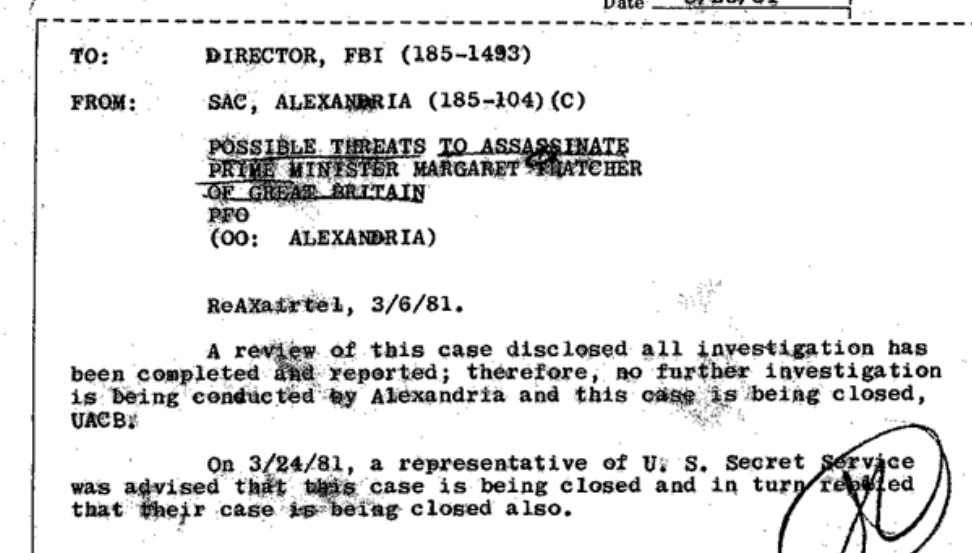 As for the suspect, for all we know, he’s at that bar, drinking still. Read the full investigation embedded below, or on the request page.