As a prominent figure in the women’s liberation movement during the 1960s and 1970s, Betty Friedan was not without critics. And as her FBI file shows, on at least one occasion, a scheduled speech resulted in a bomb threat mailed to her home.

The letter showed up at Friedan’s New York residence on February 1st, 1977 - one day before her scheduled speech at Dayton’s Department Store in Minneapolis. It began unapologetically hostile (addressing her as “Marxian Slut, Naomi Goldstein,”) and ended by saying a bomb will be waiting for her. 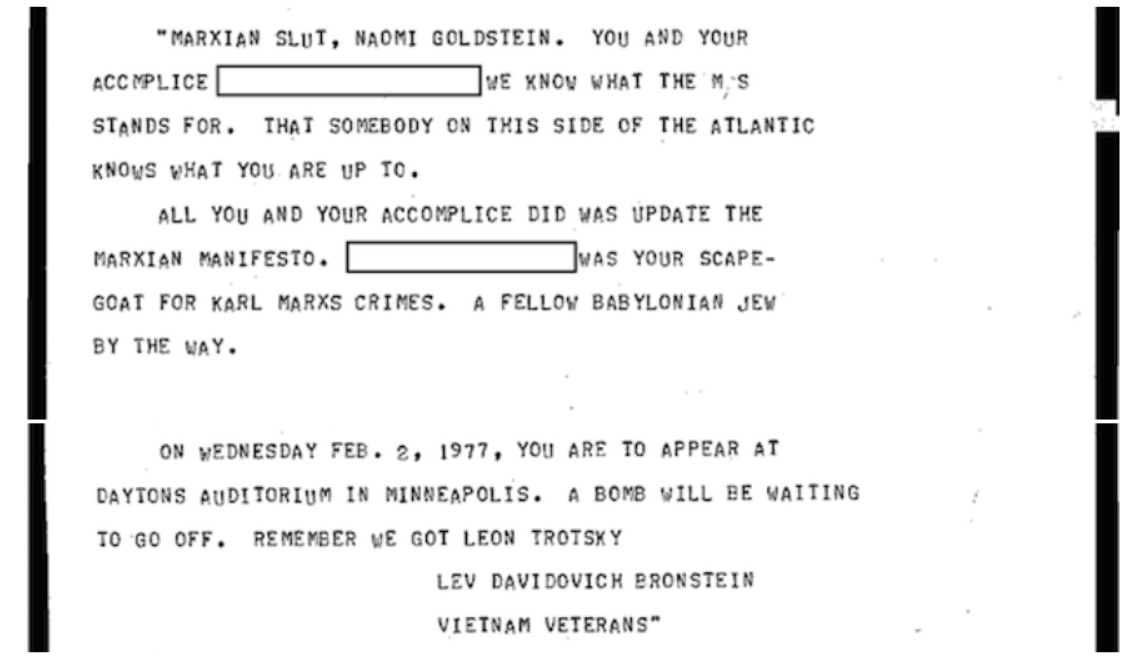 The letter was signed “Lev Davidovich Bronstein.” A search for people with that name in Minneapolis area was unsuccessful, which is no doubt due to that being the birth name of Leon Trotsky.

Friedan’s prominence and controversial beliefs made her no stranger to what she called, “crackpot, hate-type letters,” but she believed it wasn’t her position in the women’s movement that drew the threat this time.

Friedan was largely outspoken about her favor of Israel and against the Palestinian Liberation Organization - earlier that year, she had joined others in signing a letter in the New York Times condemning the PLO’s admission into the United Nations. In the months before the threat, she had been contacted by the organization “Briera,” which she felt might be a front for the PLO.

As a precaution, Friedan’s speech at Dayton’s was canceled, and the Minneapolis Police Department scoured the store in search of explosives, but came up empty handed. However, on Febuary 2nd - the day the speech was originally scheduled - the department store received a second bomb threat. According to file, a man approached a store clerk at about 11:40 a.m. and demanded to speak to police, saying that “the whole place could blow up.” 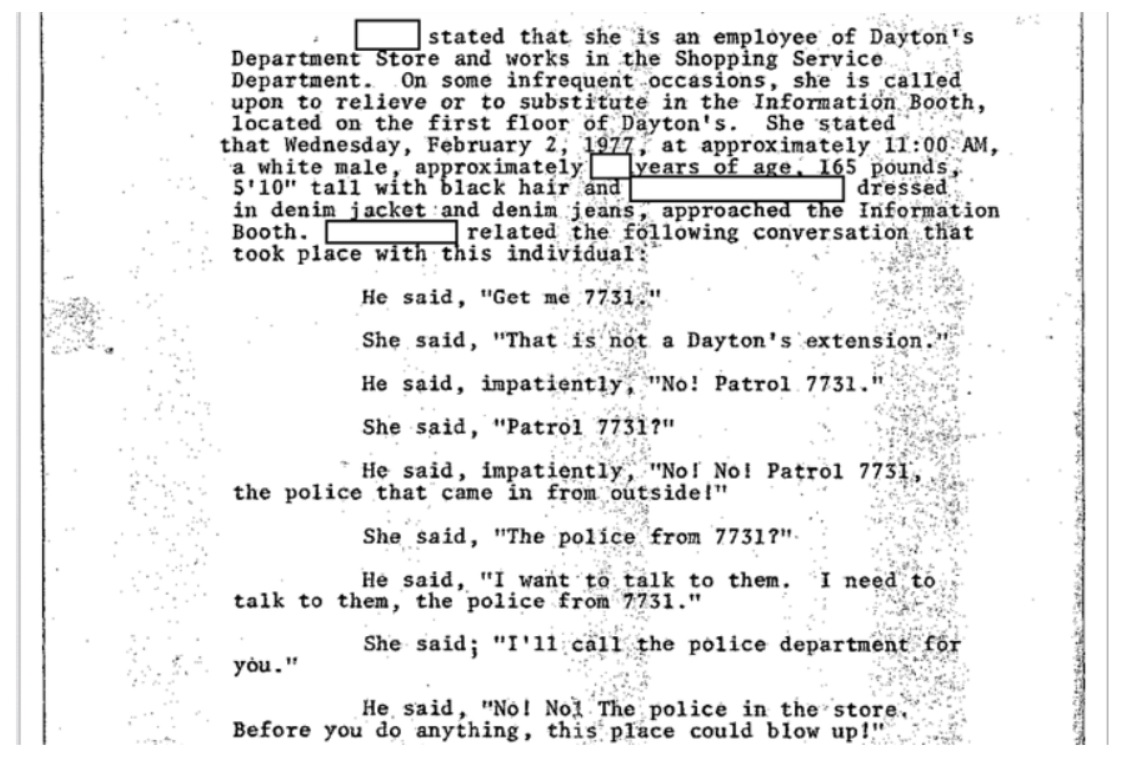 The man was arrested and, when questioned by authorities, he stated that the previous night he had overheard a conversation concerning a possible burglary and use of explosives in Brooklyn Center, Minnesota. After seeing the squad car and learning the police were inside of Dayton’s, he thought it the perfect time to alert them of what he had heard.

The original letter writer was never identified and the FBI eventually closed the case. A few months later, Friedan followed up with the FBI, stating that no additional threats had been made. The letter, it seemed, was a nothing but a strange hoax.

Friedan’s file is embedded below, and the rest can be read on the request page.

Image by Lynn Gilbert via Wikimedia Commons and is licensed under CC BY 4.0