A couple years ago, Robert Delaware requested from the NSA any entries from its Intellipedia - the agency’s internal answer to Wikipedia - regarding the micronation “The Conch Republic.” The agency later released four pages, which is a fairly impressive feat considering that, strictly speaking, the Conch Republic doesn’t exist. 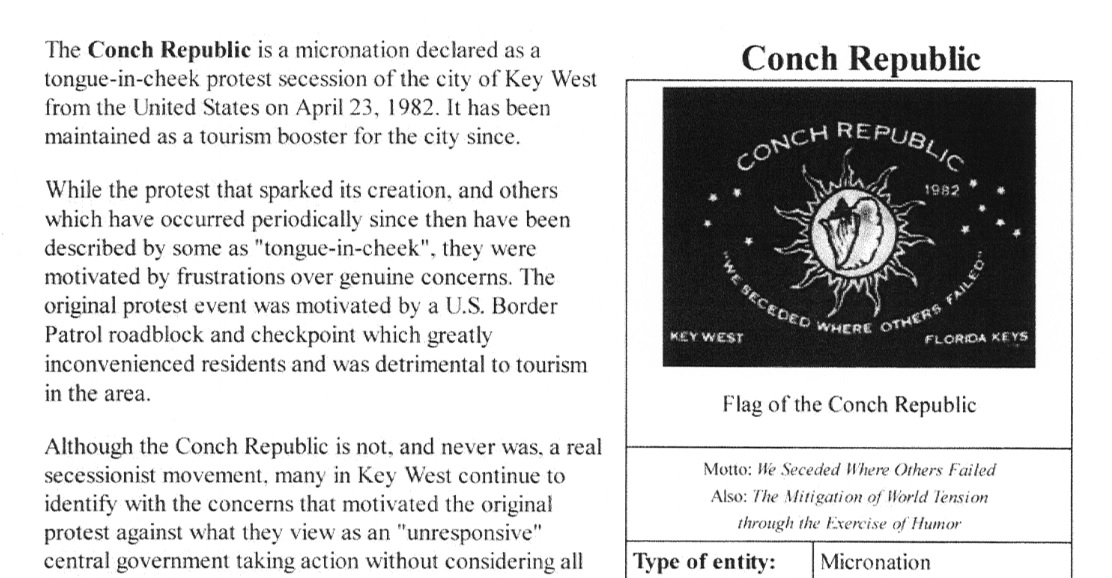 The Conch Republic, better known to us non-Conchers as Key West, Florida, was founded in 1982 as a tongue-in-cheek protest against a U.S. Border Patrol checkpoint at the one artery between the Keys and mainland, which had created traffic jams that stretched for miles and threatened the area’s dependence on tourism. As far as civil disobedience goes, this was harmless, fun, and surprisingly effective - which may be why the NSA took note. Or at least, shameless cribbed their notes from the Wikipedia page.

Yes, despite the admonition at the top of the Intellipedia article to “be bold” …

the Intellipedia page is a nearly complete (albeit somewhat outdated) copy-paste job, “borrowing” word-for-word content regarding the nation’s brief war with the United States Army Reserve …

its aborted attempt at bridge-theft (with bonus Jeb!) …

and on a more serious note, its footnote in the history of 9/11 (which is what had prompted Delaware to request the page in the first place).

In fact, the only major difference between the Intellipedia and Wikipedia entries is this one sentence from the “In Literature” subsection:

You heard it here first - the NSA has a soft spot for ’70s weed-dad scifi.

As is so often the case, almost everything actually related to the NSA has been redacted, though we are privy to the fact that the page has been accessed 763 times.

Which, granted, doesn’t sound like a lot, until you compare it to an earlier entry on the state of Montana, which last time we checked, actually exists: 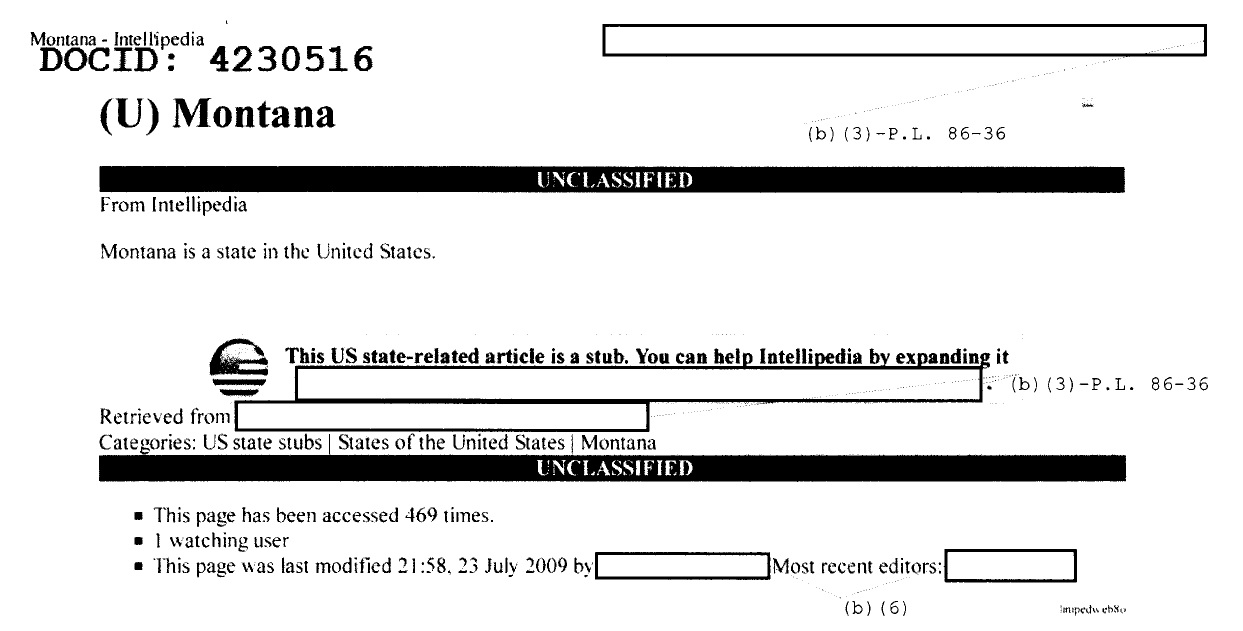 Intellipedia pages on the Conch Republic