Despite his outspoken views on pretty much everything, famed astronomer Carl Sagan’s surprisingly light FBI file only concerns an investigation into a letter he received in 1983, identifying Dr. Sagan as one of the few figures capable of preventing a global apocalypse.

The file, released to Brandon Wieber, makes relatively little note of Dr. Sagan, beyond verifying his position at Columbia University, and agreeing with the author of the letter’s assessment that he is “a figure of influence.” 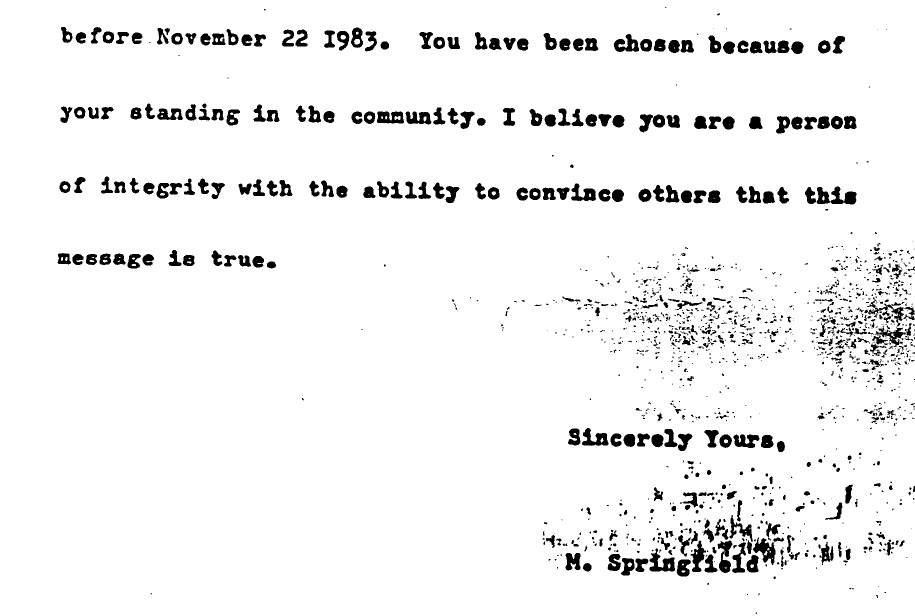 Celebrity crank letters are far from uncommon, so what was in about this one in particular that got the Bureau’s attention?

In his letter, “M. Springfield” outlines a series of predictions regarding global events, culminating in World War III and ARMAGEDDON.

The two events that kick off the slouch to Bethlehem are a terrorist attack in San Salvadore (sic), followed by the seemingly-related explosion of the space shuttle Columbia due to a fuel leak.

Perhaps worried that this was the kind of prediction that “M. Springfield” would put some legwork into making come true, the FBI opened up an investigation, treating it as a bomb threat.

The investigation didn’t get very far, however, as an inquiry into a “M. Springfield” of Columbus, Ohio - where the letter had been postmarked from - revealed that, at least according to the man’s wife, he had been dead for ten years.

Lacking any other leads, the FBI closed out the case, and that was the end of the matter of Dr. Sagan and Mr. Springfield. Though on a slightly creepy post script, Mr. Springfield’s prediction that there would be a Columbia disaster did come to pass - except he was off by a good twenty years.