Last year, days before the 46th anniversary of the eponymous riots that sparked the modern LGBT movement, the Stonewall Inn was granted landmark status by the New York City Landmarks Preservation Commission.

After a FOIL request, the City released written testimony from the open hearing that led to the Commission’s decision. 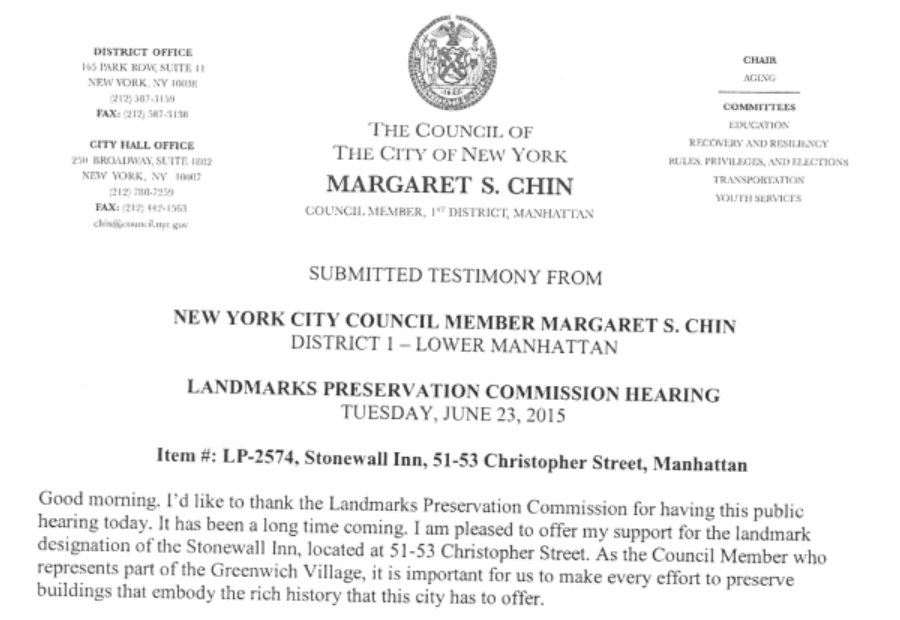 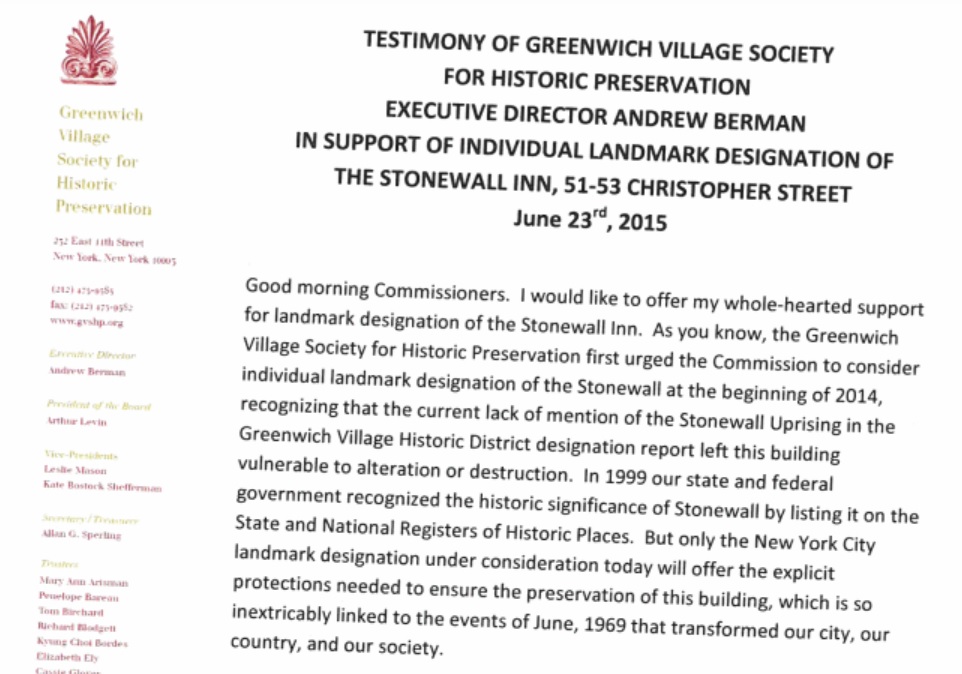 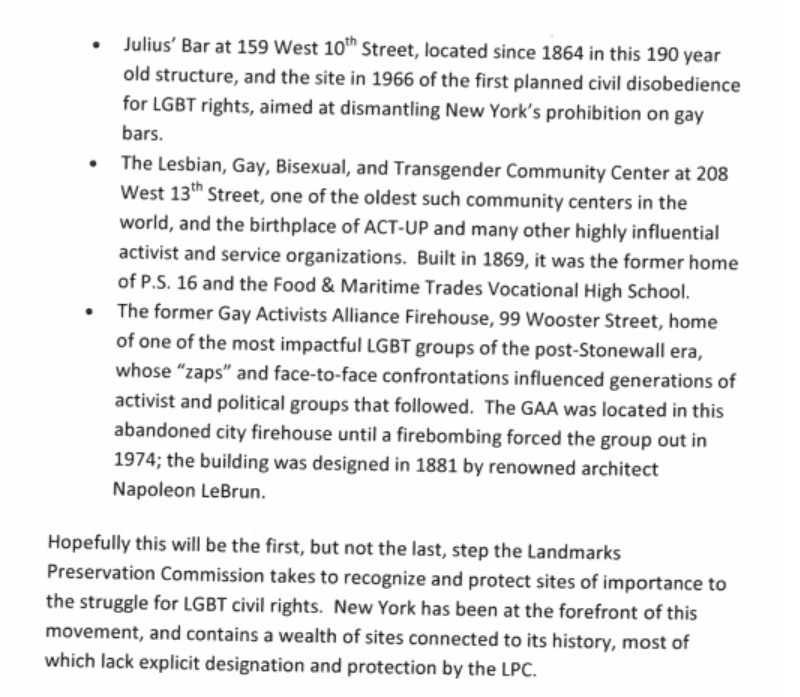 the National Trust for Historic Preservation …

David Carter, the author of Stonewall: The Riots That Sparked the Gay Revolution 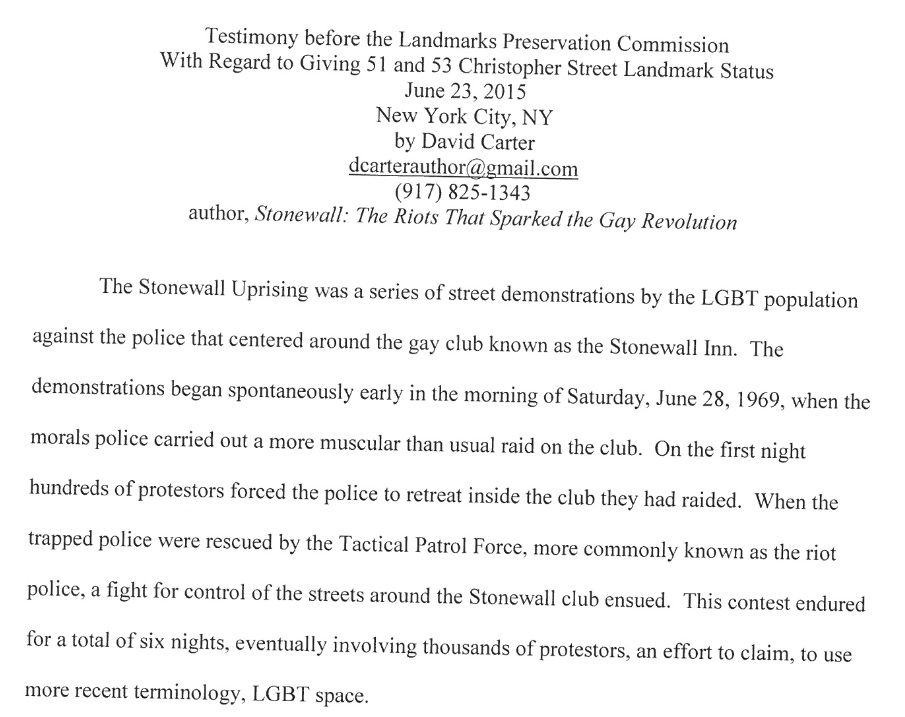 and David Ehrich of SaveStonewall.org, who contextualized the significance of the Inn - and of New York City itself - within his own experience .. 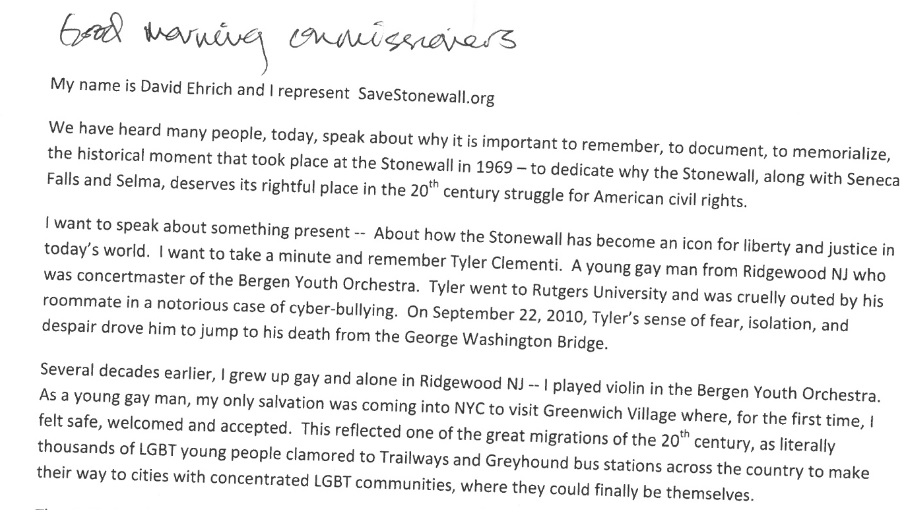 that ends with this powerful reminder that the fight is far from over:

Read the full testimony embedded below, or on the request page.