Generally speaking, like most people in the FOIA community, my interest in public records stems from a desire to know what and why my government is doing, and the always pleasant surprise that I am legally owed an answer. Specifically speaking, I wanted to know who at the NSA signed off on making a saxophone-playing squirrel in safety goggles their kid-friendly mascot. 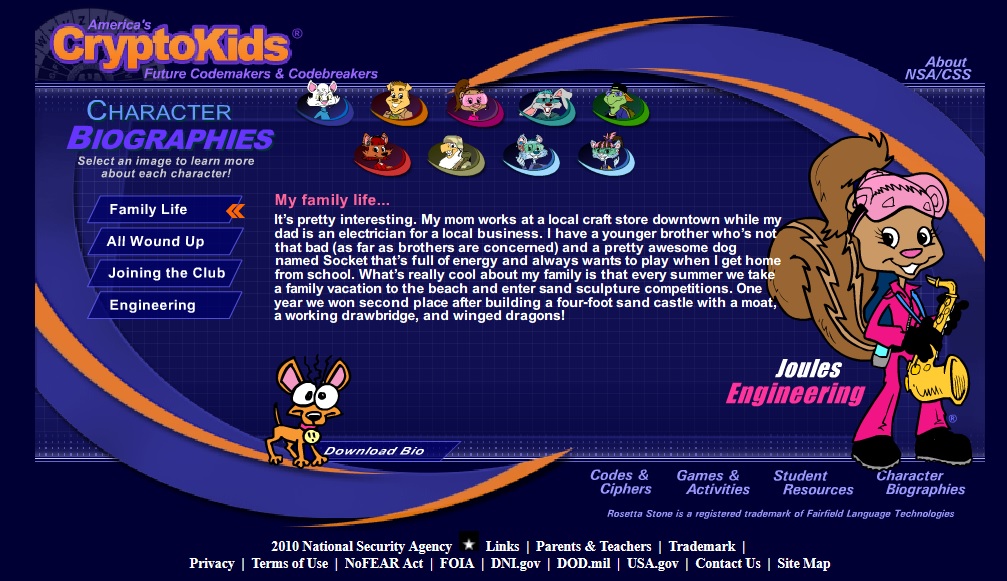 The CryptoKids, if you’re not aware, was a mid-2000s attempt by the NSA to appeal to the youth of today by creating a crazy cartoon cadre of codebreakers that’s one pair of rollerblades away from a cease and desist from Burger King. It was generally considered a terrible idea, and then after news broke about the whole “spying on citizens” thing, an absolutely terrible idea.

The more I thought about CryptoKids, the more questions I had about the program - from little things, such as “how much does it cost to make bad propaganda,” to larger ethical considerations, like “how can Joules have a pet dog that acts like a dog when one of her friends is an anthropomorphized dog whose literal last name is ‘Dog’?” 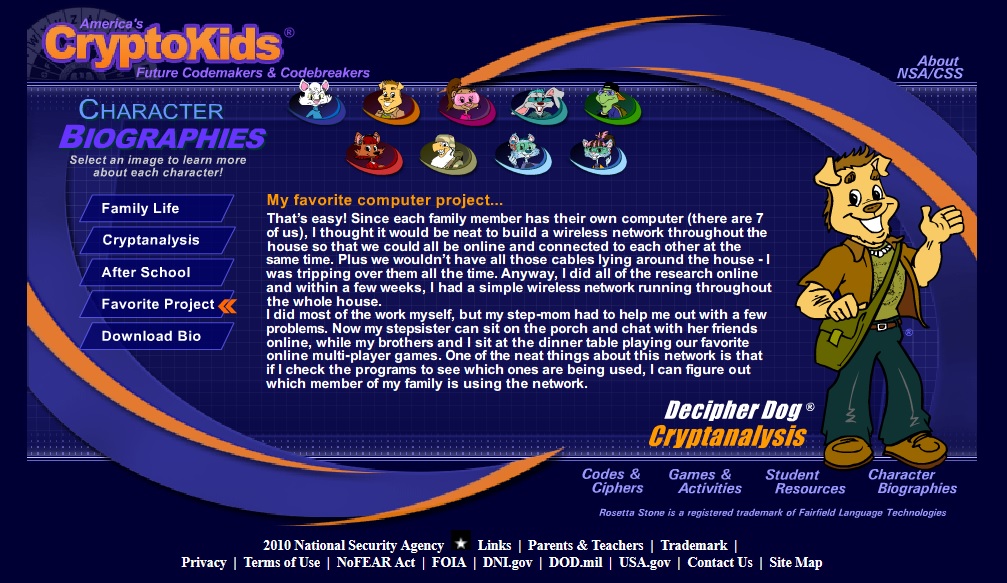 So one of the very first FOIAs I filed when I started at MuckRock was a request to the NSA for the development docs related to the program.

To my shock, but not quite awe, I received a response within a matter of days, which included my “first initial release” of pre-processed documents. Granted, those documents were not really what I was looking for - just internal NSA newsletters patting themselves on the back for such a totally KEWL idea …

But hey, I got something out of the NSA, and on my first try at that! This FOIA thing is pretty great. Don’t know what those folks on #FOIA are complaining about. So I set my request status as “Partially Completed” and eagerly prepared myself for my next installment, which I was sure was in final stages of review, if not in the mail already.

That was almost two years ago, and since then I have not received a single update on the status of my request.

Sadly, knowing what I know now about the NSA’s FOIA policies, it’s entirely possibly that the request doesn’t even have a case officer assigned it as yet. That alone can take over a year and a half, and once they’ve begun processing, the CryptoKids could be out of college by the time they’re done.

But to be fair, knowing that this is, as of publication, the actual CryptoKids homepage and not an Internet Archive screengrab … 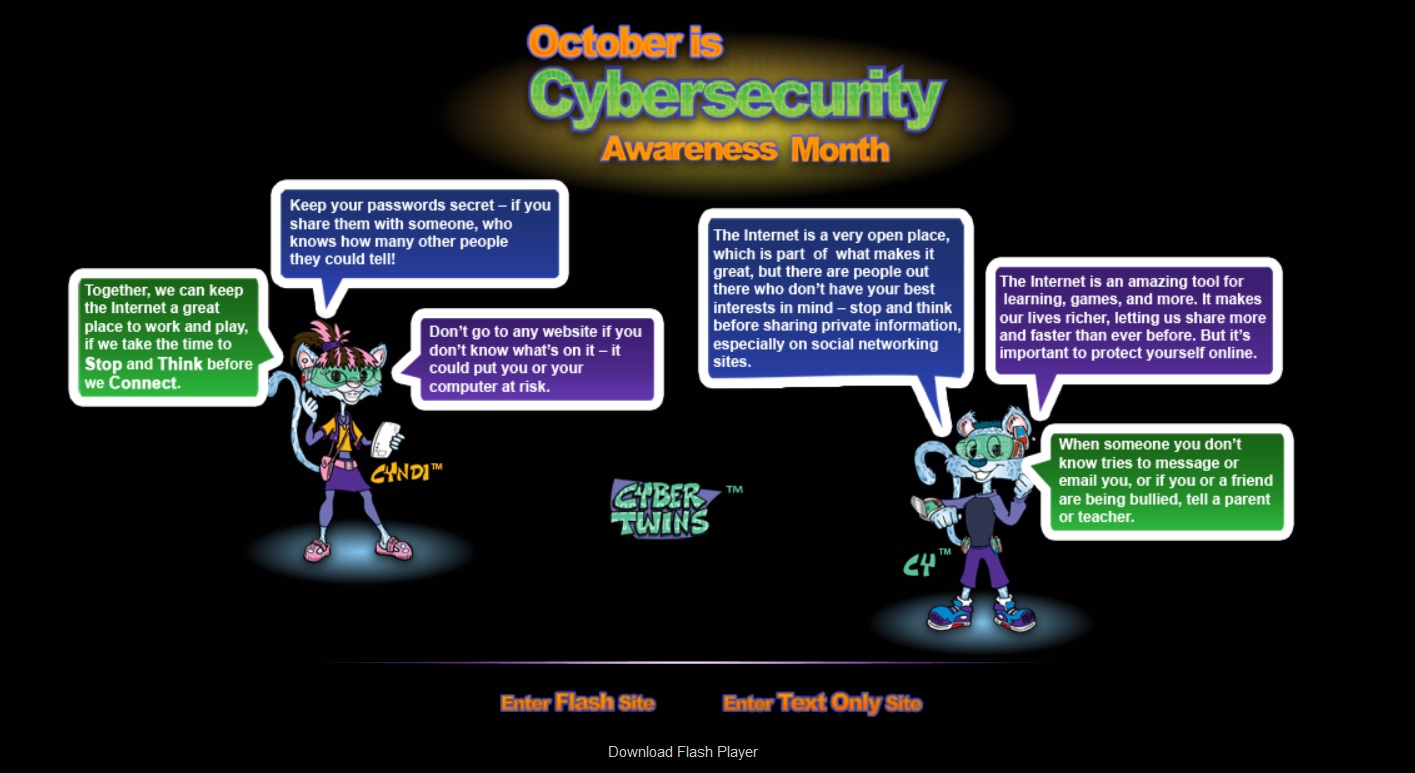 Does dull the sting a little.

And so, that is how the CryptoKids stole my FOIA innocence. I still have questions about the government, and I do expect answers … I just learned not to hold my breath waiting for one specific question and one specific answer.

Read the NSA’s release below, or on the request page.

Worcester, Massachusetts spent nearly on $10,000 on a promotional video for its #AmazonHQ2 bid

Inside the NSA’s cybersecurity summer camp