Files released to Evan Anderson show that FBI’s San Diego field office first started looking into the Church of Satan in 1983, following allegations that the group was kidnapping children for “use in their church rituals.”

This investigation appeared to have ended as quickly as it began, due to the minor technicality of there being no evidence any of these abductions ever happening.

Despite this hiccup, four years later - in what might be one of the greatest uses of the “other” box on record - the case was revived.

These new allegations appear to have been brought forward by the same individual who had prompted the earlier investigation. While the file vouches for the source’s credibility … 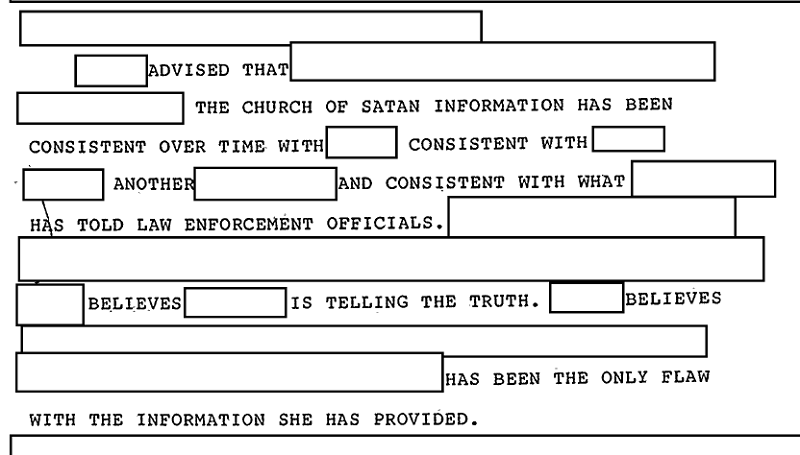 The revelation that prompted the re-opening was somewhat underwhelming.

Perhaps for want of something to do, the FBI decided to engage in a bit more legwork the second time around, gathering such valuable intel on the Church of Satan as “they live in a spooky house.”

Recon or not, this new investigation ran into the same problem the old one did - it’s pretty hard for a bunch of kids to go missing without the local authorities noticing. 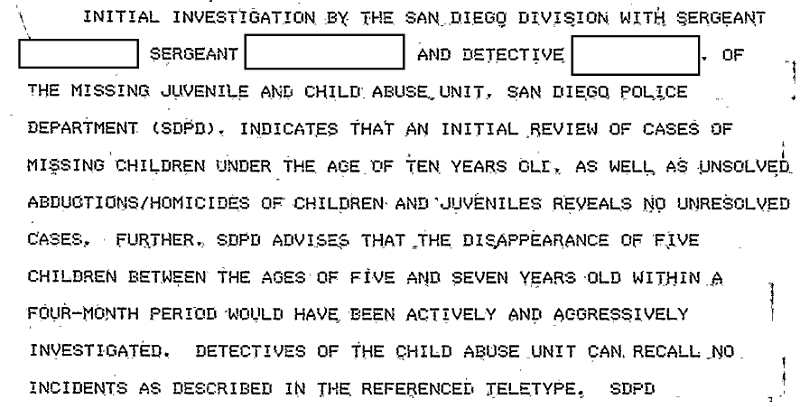 And so, citing a failure to uncover any evidence - and some frankly unsurprising clinical history - the case was closed for a second, and final time.

What’s the takeaway here? If somebody tells you they’ve got dirt on the Church of Satan, make sure they know what the Hell they’re talking about.

Image by Witch via Wikimedia Commons and is licensed under CC BY-SA 2.0