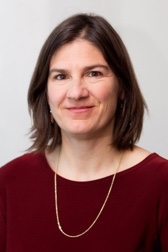 Jenifer McKim’s recent investigation, Out of the Shadows, is a troubling look into how state agencies failed to protect vulnerable children, leading to abuse, neglect, and death.

But the fight for evidence needed to report the piece began years ago, with a simple public records request. She’s written about the long, hard fight for public records, and now she talks about the importance of public records, her tips for other reporters, and how her love for government documents all began 25 years ago in Puerto Rico.

How did you first get into public records?

I’ve been a journalist for 25 years, and I started at a paper in San Juan, Puerto Rico. I first found my joy in public records there doing a story on a senate president who had a lien on his house for owing money. Other reporters really didn’t do public records requests, and that was my first a-ha moment for what you can get looking under the hood.

I was a finalist for a Pulitzer Prize in 2005 for a story we did on lead in Mexican candy, and that story started with a public records request: We had no idea when we started what we would get.

When I was in California, I did a bunch of stories on child abuse and neglect deaths, and we actually filed a suit … because the courts refused to give us information.

I was hired at the New England Center for Investigative Reporting in the fall of 2013, and I had done some stories on child abuse and neglect deaths in California, before Jeremiah Oliver had gone missing.

The first thing I did was ask the department for information and they said no, this is confidential. After talking with some experts, they sent me the wording for the Child Abuse and Prevention Treatment Act records which showed there were requirements for public disclosure.

I filed my first official public records request in 2013. I think that was an education for the state in terms of what they have to provide for us. And eventually they said yes, we are required to give this but it’s going to cost a lot of time and money, and we negotiated … to make it more doable.

We sent checks in August of 2014, and … it wasn’t until Governor Baker came in with a new staff that we actually got a call and an apology, saying we’re sorry it took this long.

It was a lot of pestering for information that is supposed to be public, that the state is supposed to have a process for providing, and clearly they did not.

And after all that time, we got basically 200 words per kid. And some of it was wrong: They realized that some cases were open when they originally said they were closed, there were misspelling of names, it was an amazing process to go through.

Where does public records fall short?

I’ve talked to reporters since this story ran, and they said, ‘’I went to the state and asked for this information, and they said no.” If people don’t know their rights, the government will try to stall people — either because they don’t know or they don’t want you to know.

The new governor has said that they’ll streamline things … so we’ll see.

I do a lot of work with court records and it’s appalling how difficult it is to find information that should be accessible and online. The fact that we as journalists don’t have access to this state court system is ridiculous.

At the New England Center for Investigative Reporter, it’s at the core of what we do. I’ve always used them, even at the Globe, where I was covering housing. It’s a tool that I believe every beat reporter should use all the time, be aware of what’s out there, and be aware of what their rights are.

Any particular areas that you’ve found your FOIA work increasing in?

In every beat, they’re useful. Sometimes they’re more challenging. Child abuse is one of the most challenging ones because of confidentiality.

I love court records. They’re sort of my favorite. I’m working on a story in the criminal justice realm and we’re exploring public records from all different areas. I have to say my new favorite tool is Document Cloud, in terms of uploading all these records and showing your readers the same information you’re looking at.

I’ve been focusing on social justice issues, and in all those areas there’s public records.

It’s sort of amazing to me how it’s not the core basis of journalistic training. It should be the first thing you think of, because it changes the way you report, from reporting what people are telling you to reporting what you’ve found.

All I would say is it’s part of everything we do; I don’t know how many I have out. For example, [the child abuse and neglect story] was from one public records request that I filed and took months and months to get out. There’s also just a lot out there you can get without having to file something, and we also believe in trying to get records without going through the formal process.

This FOIA request I filed at the Orange County Register on how kids get poisoned by lead. We spent months and we got really surprised to find that the kids were getting poisoned by lead in candy from Mexico … and nobody was doing anything about it.

What advice do you have for a first time FOIA filer?

First of all, read the laws. Go to FOIA.gov, read the state law. There’s so much out there now to help. IRE has a great area with information for journalists. And then to know who is the records keeper and talk to them. It’s true, especially if you have time limits, that it’s good to work with someone and, without giving up your rights, figure out how to get your records.

Another piece of advice I like is that even if you feel that you’ve moved on, appeal, and you might have a great follow up down the road.

Everyone is struggling with time management and I know with smaller paper and reporters working at smaller organizations, it’s a real struggle with everyone trying to get things done. I do believe that every reporter, even the beat reporter writing three stories a day, should be armed with this information to write more informed stories.

We do training: NECIR has this duel mission of doing in depth investigative reporting and to do training for the next generation of journalists, and we talk with reporters all across the country, and they’re struggling to do this.

I learned on the ground, really. I was an English major in college, and it was really that a-ha moment [in San Juan], because other reporters really didn’t do public records requests, and … when you realize you can break new ground you get more invested in it.

The same thing in California, I was writing about a toll road being sold by the government to a private company, and we realized that no one had read through the agreement and we realized no one had done an appraisal — and the whole multi-million dollar deal got held up.

My whole career I’ve been finding important things that were in records.

This was a process in frustration, this child fatality request, and i think from young reporters to older reporters, it’s the same, it’s understanding your rights and not letting go and appealing when it’s done. Reporters are always thinking of the next thing, but it is important to not let it go: Most gatekeepers assume we’ll let it go, so it’s our responsibility not to.