Before rock legends KISS embarked on their 1980 “Unmasked” tour of Europe, then FBI Director William H. Webster put out a request to field offices for information regarding instances of “civil unrest” associated with the band’s concerts, particularly an incident in Texas which escalated to open attacks on police. 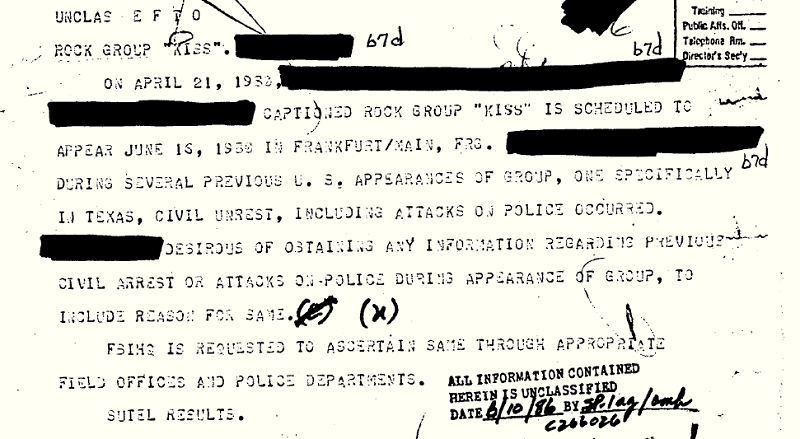 According to files downloaded from the FBI’s Vault, the field offices’ response was unanimous - they had no idea what Webster was talking about. 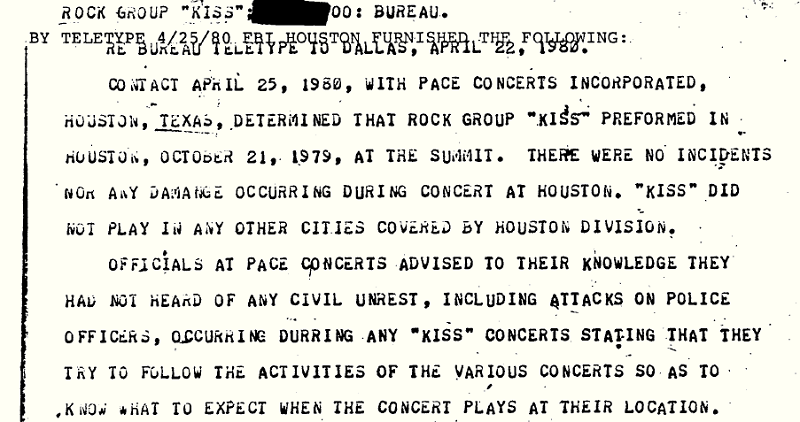 The Houston office did note that when the band played in Pine Bluff, Arkansas, a local religious group threatened to protest their show being on a Sunday, citing the often repeated (and equally often denied) rumor that ‘KISS’ was some sort of sinister anagram …

However, nothing came of it. And for the record, “Knights in Satan’s Service” is a way better fake anagram than “Knights in Search of Satan.”

So where did these unsubstantiated rumors come from, anyway? The San Antonio field office helpfully suggested that the Director might have been thinking of The Who, and their infamous 1979 concert in Cincinnati, where 11 people were trampled to death.

So, what are we left with? KISS is not The Who, Texas is not Ohio, and inciting an angry mob to take arms against authority is not a tragic accident caused by poor planning and festival seating. Domestic intelligence gathering at its finest.

Image by Fileri via Wikipedia Commons