The FBI has released the file of Fred Phelps, notorious leader of the Westboro Baptist Church. The file reveals some information not previously publicized, including Phelps application for a government position in the late sixties and the Bureau’s investigation into the parody site “Godhatesgoths.com.”

Originally a lawyer, Phelps was disbarred in 1967 after multiple complaints were filed concerning his ethical practices, including allegations of mishandling money and divulging confidential information. Phelps also had a history of suing his own clients. 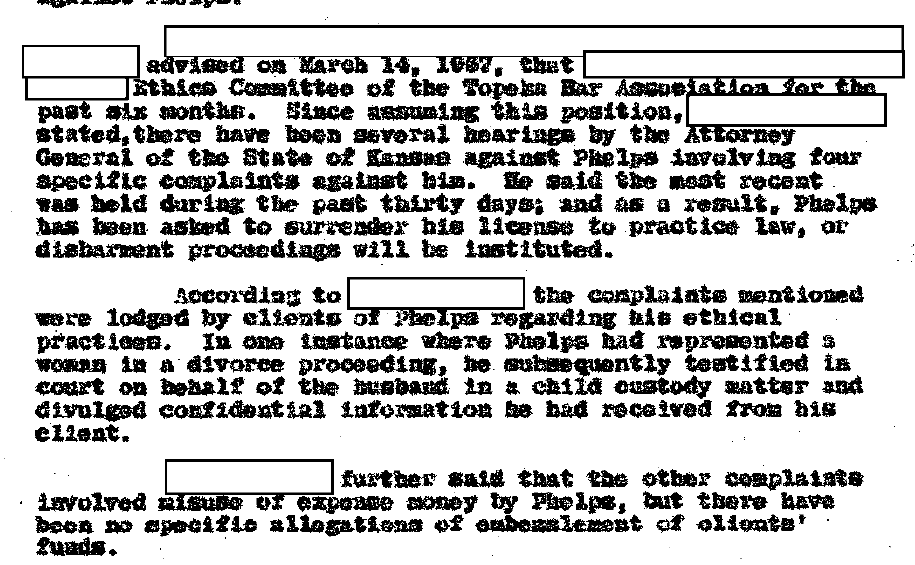 While head of the WBC, Phelps often reported receiving threats, which the FBI concluded were purposefully provoked. One such threat, reported in 1993, is included in the release, consisting of a crudely handwritten note: 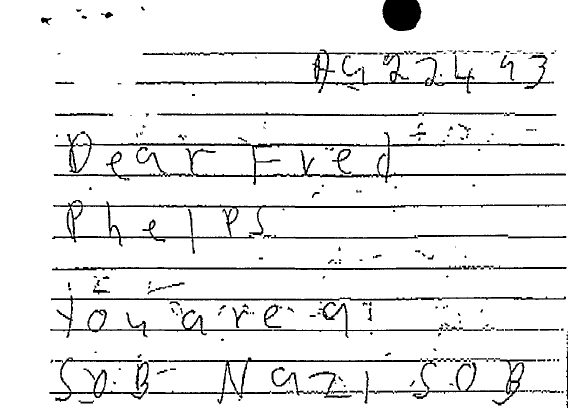 In 2004, Phelps filed a complaint with the Civil Rights Unit of the FBI, claiming he had been a victim of religious discrimination and that gunshots had been fired at the Westborough Baptist Church. However, he made such specific demands of the FBI regarding the conditions of the interview on the subject that the case was not pursued. 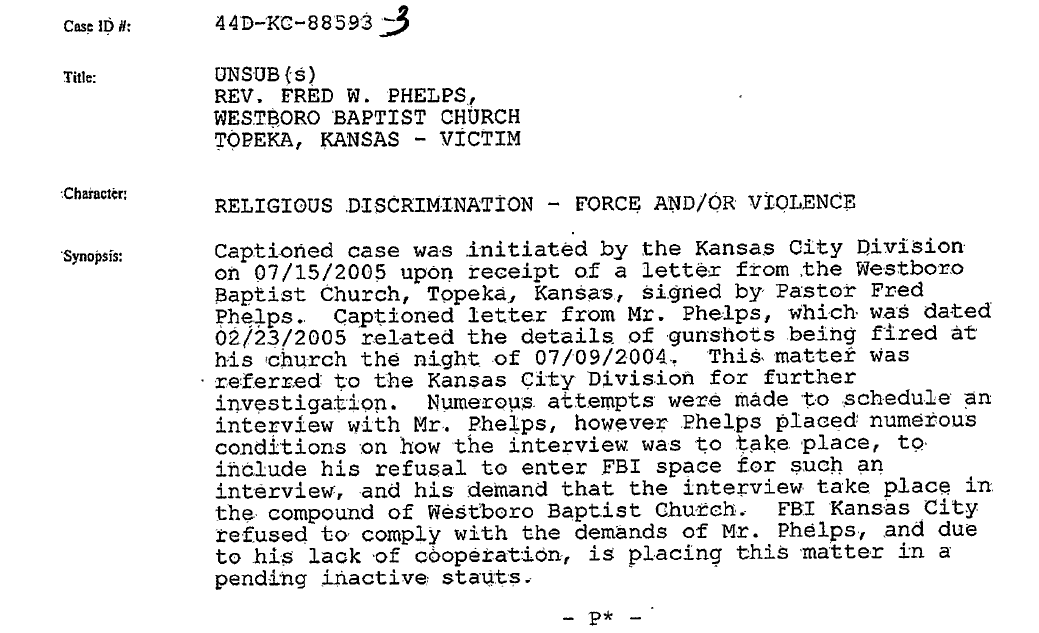 Starting at around page 70 of the release, there is an in-depth investigation into another group, calling themselves “Church of the Hammer,” which holds religious beliefs similar to those of the Westborough Baptist Church. Reverend Randy Green, the purported leader of the group, “was allegedly ordained . . .by Reverend Fred Phelps of the Westborough Baptist Church” before splitting away from the WBC. The Church of the Hammer was said to have run Yahoo groups titled “Parents against Goths,” and “God Hates Goths.” 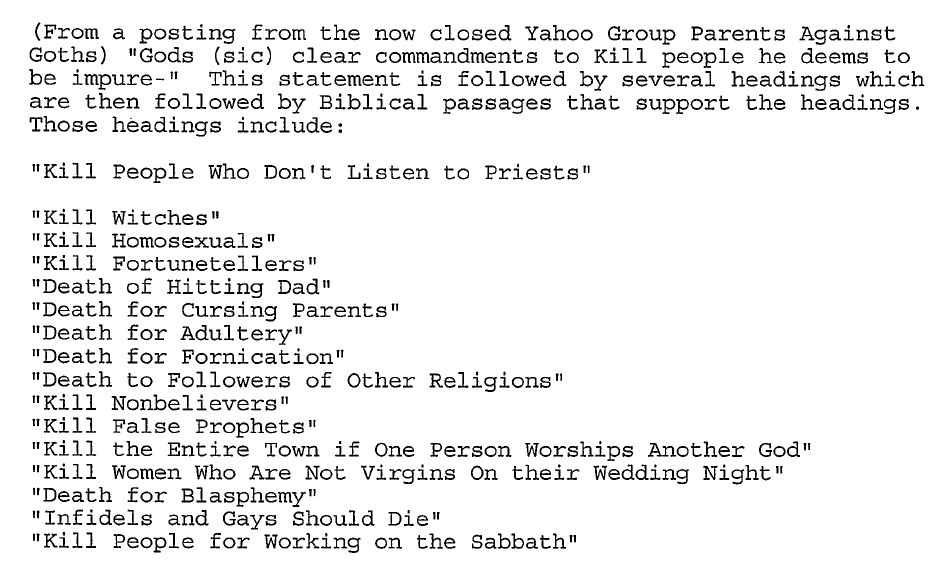 The group posted material justifying the killing of non-believers and made claims that members committed arson and called in bomb threats, among other crimes. Members reported that Randy Green was in prison for assaulting a “Goth” during a protest. While the case was closed due to lack of evidence, it was later found that the websites were run as parodies.

This disclaimer was located in small print at the bottom of the (now defunct) Godhatesgoths.com webpage:

Read through the file yourself on the request page, or embedded below.

Image via The Guardian