Back in 2012, MuckRock user Runa Sandvik requested FBI reports relating to Bitcoin and the anonymous online marketplace The Silk Road. Not quite three years later, heavily-redacted copies of those reports have been released, warning of “extremists” using the cryptocurrency “to conduct nefarious financial transactions.”

Any specific analysis that would lead to this conclusion has been redacted, but two sites are provided as examples of the “nefarious financial transactions” that anonymous online currency makes possible.

The first is aforementioned The Silk Road (which was eventually raided by the FBI in 2013). Included is a screenshot sourced to a 2011 Motherboard article: 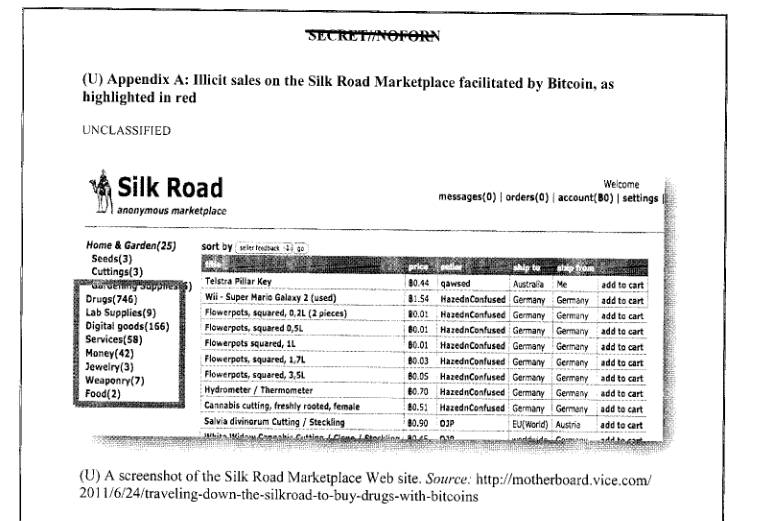 The other is, surprisingly enough, WikiLeaks, though the “nefarious financial transactions” in this case are donations:

Read both reports on the request page or embedded below. As always, if you find anything interesting, let us know at info@muckrock.com.