This week, a grand jury declined to indict a Bushwick teenager on terrorist-threat charges brought after he posted Facebook statuses with violent emojis. In addition to criminal gun and drug possession charges, the seventeen-year-old faced allegations that he caused “New York City police officers to fear for their safety” via a series of statuses he wrote in mid-January, one of which included a gun emoji pointed at an emoji of a police officer.

New York City police have been vocal about expanded monitoring of social media, which the department classifies as key to detecting “lone wolf” terrorists and would-be cop killers.

“You make a threat on the internet, we’re going to be watching,” an NYPD inspector in the Bushwick precinct said of the teenager’s arrest. “We are going to attempt to prosecute to the fullest extent of the law.” 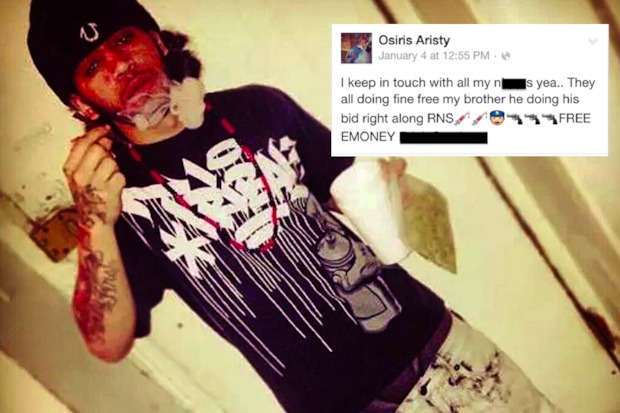 The January arrest was one of a series following attacks against NYPD officers in recent weeks, including the killing of two officers on December 20 by a man who posted threats on social media. At a November conference attended by top law enforcement officials from around the country, NYPD Commissioner William Bratton expressed concern over jihadi recruitment via social media.

Department guidelines established in 2012 allow officers to comb social networks for information and investigative leads, and even to adopt online aliases, given proper authorization and bookkeeping.

“We look at social networking,” said Kelly at the time. “Our gang division, our borough personnel look at party advertisements.”

Kelly formed a dedicated social media unit to oversee such monitoring in August 2011, and issued the five-page policy for investigative uses for social media a year later. That policy, released last month in response to a freedom of information request submitted to NYPD in December, remains in force today.

The operations order seeks “to instill the proper balance between the investigative potential of social network sites and privacy expectations.” There is no prior authorization required to review publicly accessible information, such as party announcements blasted across Facebook or Twitter. But NYPD officers must seek approval before logging into social networks using any online identity other than their own.

Such requests for an online alias must pass two levels of supervisory, letterheaded scrutiny. This includes a supervisor’s official sign-off on the username itself as well as the proposed profile photo, although the policy does not parse acceptable from forbidden photograph sources.

The commanding officer must give an up or down within 24 hours and then pass approved aliases on to the bureau chief, who keeps a folder on each. If there is political activity of any kind or suspected terrorist activity involved, the request skips over to the Intelligence Division for additional review.

The policy directed all officers who created online aliases prior to September 2012 to request authorization to continue using them.

NYPD officers may skirt the approval chain only in face of dire circumstances, such as “in order to protect life or substantial property interest; to apprehend or identify a fleeing offender; to prevent the hiding, destruction or alteration of evidence, or to avoid other serious impairment or hindrance of an investigation.”

MuckRock has requested copies of all disapproved online alias requests submitted by NYPD officers since September 2012, as well as approved alias requests for investigations that have since been closed or completed.

Many criminal justice researchers and analysts in the law enforcement community hold the NYPD policy as a template for other agencies to follow.

In a February 2013 guide to developing policies for investigative use of social media, the Bureau of Justice Assistance included the NYPD operations order as one of three policies for other departments to emulate.

Similarly, a May 2013 review published by the Police Executive Research Forum and the Department of Justice cited the NYPD policy specifically for ensuring “that NYPD management will be monitoring the use of aliases in investigations involving social media.”

Read the full doc on the request page, or embedded below.