The MuckRock 50 States of FOIA Project aims to shed light on what it’s like to work with public records around the U.S., through the voices of requesters state by state. This time, we focus on the state of Florida. MuckRock spoke with Alexis Lambert, who works as the head of the Office of Public Accountability in Jacksonville and previously worked in the Attorney General’s office under Bill McCollum.

How was working under the Attorney General?

I was the sunshine lawyer when BIll McCollum was in office, and it’s remarkably convenient how bipartisan government transparency is - he was a conservative republican and was very very committed to transparency in government. He really gave me a lot of leeway to utilize technology in my job, and let me have my own shop in the Attorney General’s office to serve municipalities and local agencies in their questions about the public records laws. I really enjoyed it.

Are Florida laws and local government easy to work with?

The laws in Florida are very progressive and very stringent, and local government in Florida is finally figuring out that it’s really important to have people on your staff who know how to handle these things. First of all, because your citizens expect it, and second of all, because if you screw it up you’ll get sued. In Florida, failure to respond in a timely manner not only subjects you to litigation, but you also have to pay the plaintiff’s attorney fees in the event that you lose. So failure to comply with public records laws is not only embarrassing, but it’s also expensive.

I think the most difficult part is just getting your employees educated about what the law is, what it means, and how it actually applies to your rank and file government employees. When I do training for new employees here in Jacksonville, a lot of the employees have actually come from federal government employment, so you have to retrain them to think in terms of the Florida rules rather than the federal rules.

Do you have any memorable successes or failures at the office?

Sometimes a big screwup can be a really good teachable moment. There are some government entities that get sued over and over and over again and don’t ever change. Jacksonville got sued once, and as soon as they lost, they got on the phone and recruited me to come work for them. Less than a year later, in March 2014, we were given an award from the First Amendment Foundation for having the most transparent city website in the entire state. And that’s an from an independent non-profit that isn’t typically buddy-buddy with government entities. You can be angry at the public records laws, you can feel inconvenienced by the public records laws, or you can utilize your existing technology and resources to work with them. 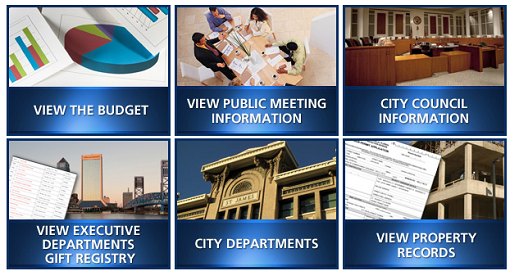 After we won the award for our website, we created a new transparency website where we just took all of the local government entities and put them all on one page. We got a sense of a lot of frequently requested material, so we just put everything all on one website for the sake of making it a one stop shop for internet searches. We’ll just keep adding to it as we go, and people love it. It cuts down on phone traffic and it’s consistently recognized as being very user-friendly.

Government is shrinking and we don’t have a lot of money, but Twitter is free and YouTube is free. We’re using what we can to reach out to people and make information available to them, so they don’t feel like they have to go crawling around through libraries.

How does the appeals process work?

The public records process in Florida is very informal. People can either call, or walk in off the street, or email and if what they’re asking for is either confidential or exempt under Florida law, then it’s incumbent upon the government entity to cite the statute which prevents that information from being released. If the person doesn’t think the information is exempt, then we can discuss by email.

Sometimes, when government entities don’t cite the statutes or people are a little more combative, they need a third party to intervene. The opinions department of the Florida Attorney General’s office actually provides a free mediation service, if the government entity and the private party are both willing, and they almost always are. When I was at the attorney general’s office, I never had a government entity turn it down. It’s free, and it saves thousands of dollars of expensive and embarrassing litigation.

Do you have any advice for first time filers?

The first thing I would say is to have an idea of what you’re actually looking for before you make your request. It’s a lot easier to pull one incident report than it is to go dumpster diving through 35,000 emails over a 6 month time frame. And government agencies in Florida do have the right to require the cost of production and redaction of confidential material if you ask for a huge quantity of material.

There’s some material that’s going to be substantially easier to pull, so be mindful of that. If you want a months worth of email from an HR director, that’s a person who’s going to routinely deal with confidential and exempt material, and that’s going to require a lot of review and redaction. But on the flip side, calendars for most people are going to be easy to pull and in a lot of cases, they’re probably already online.

Finally, think about what your end game is. If you make a request and you feel like you’re getting some pushback, feel free to just say to the records custodian, “what I’m really looking for is X.” Especially in the South, honey always works better than vinegar.

Do you notice spikes in requests around current events?

I always train my government officials to anticipate that requests are going to spike when certain newsworthy events happen, and to use an ounce of prevention. For example, in Florida, when Tiger Wood’s wife discovered that he had been cheating on her with every cocktail waitress on the Eastern Seaboard, the police department in Windermere had a surplus of copies of that incident report ready and waiting for every news media entity in the world ready to go - they knew everyone was going to want to know about Tiger Woods’ wife taking the golf clubs to the sport utility vehicle in the driveway. 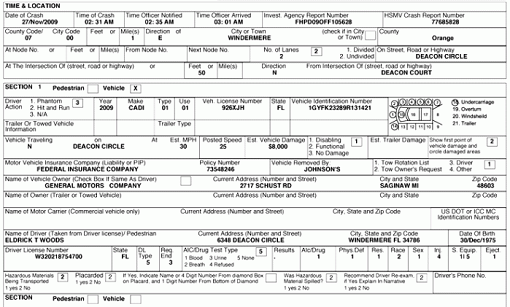 When Casey Anthony was on trial, the state attorney’s office would take all of the paperwork to a local Kinko’s so that the press and the public could just go place a Kinko’s order. It was actually cheaper than records production and it made for easier, quicker access to the documents.

You know that when somebody famous makes a 911 call, or when there’s a famous suicide attempt, or famous death, the TMZs and Radar Onlines and Perez HIltons are going to call and want a copy of that 911 recording. So go ahead and redact the caller and have that recording ready because you know you’re going to make 800 copies of it.

How is the Public Accountability Office’s relationship with the press?

One of the great things in Tallahassee that I’ve really enjoyed over the years is a wonderful working relationship with the press corps. When you work in government, as long as you’re honest and forthright with people, you can maintain a good, healthy, longstanding relationship that goes both ways.

These laws protect all of us. A lot of times, an email pull can prove that a government official was exactly where he or she said they were, when they said they were, doing exactly what they claimed to be doing. The laws can diffuse a scandal just as easily as they can create one.