It took nearly 20 years to repeal the military’s “Don’t Ask, Don’t Tell” policy, but it was only a week before Pentagon officials decided they couldn’t fully disavow an erroneously reported decision to allow service members to march in uniform in San Diego’s Pride parade.

As a result, the historic moment of United States military personnel being permitted to wear their service uniforms in a gay pride event came about thanks more to a mistaken press release than any progressive policy makers.

The damage control began when parade organizers announced the decision had come from the Office of the Secretary of Defense on their website in the lead-up to the 2012 SD Pride parade. A chain of emails released via the Freedom of Information Act reveals a frantic attempt through several branches of the military to discover who made the decision to allow service members to march in uniform.

The standard policy for all parades and military involvement is that wearing uniforms in perceived “partisan” events is forbidden. While SD Pride had a small showing of military service members in uniform in the 2011 parade, the announcement that the event was now sanctioned from the top created a headache for the top brass.

Eventually, officials tracked down the source of the approval: the deputy commander of the Navy Medical Center of San Diego, who sent an email that approved uniform use for that contingent and stated further approval depended on other local commanders. 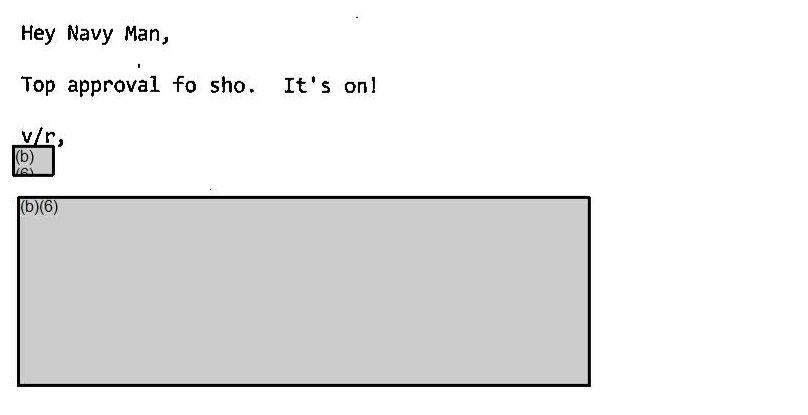 The Office of the Secretary of Defense eventually went with a middle path, rather than endorsing a decision it hadn’t actually made or issuing a blanket order to forbid uniforms at SD Pride. The official policy, in this case, allowed service members to march in uniform, but not as part of any official contingent.

Read the memo that started this all embedded below, or on [the request page](https://www.muckrock.com/foi/united-states-of-america-10/documents-relating-to-san-diego-gay-pride-parade-1567/#file-9589): --- *Image by Nathan Rupert via [Flickr](https://www.flickr.com/photos/nathaninsandiego/7634903710/in/photolist-cCESSS-rdth7J-cBc2Db-cBc1TQ-cFpDbm-cC3LWC-cC3L2S-cC3Ls5-cBD7Zd-cC3qBE-cFpEBy-cC4a5Q-cC3zQj-cFpDKC-cFpF9d-cVC6j3-cFuF8J-cC3KFb-dJFPYN-cVBs3W-cVBshd-dJDMZW-cFpCBQ-cVC61q-cC4nKN-cC4kN3-cCfPLj-cC4azw-cC3AKQ-cC3DfW-cBcco1-cVCmnN-cVCq1G-cVCfaG-cVCepo-cVCe9d-cVC6xo-cVBJy7-cVCqCE-cVB5fy-cC3Bmf-cVBtHw-cBBpv9-cBBhSf-dJymy6-cVB56C-cVB4z5-dJymQM-cFuEKC-dJDMVy/) and is licensed under [CC BY-NC-ND 2.0](https://creativecommons.org/licenses/by-nc-nd/2.0/)*

Tom Nash sent this request to the Department of Defense, Office of the Secretary of Defense of the United States of America