In this week’s roundup, FOIA helps understand which national franchises benefitted the most from the Paycheck Protection Program. Plus transparency on whistleblower claims, a new FOIA portal, and more.

For previous roundups, go here and subscribe to our weekly newsletter to stay up-to-date.

FOIA Records from the Small Business Administration show how McDonald’s, Subway, and other big chains benefitted from the Paycheck Protection Program

Data released through FOIA shows the extent to which independent franchisees of McDonald’s, Subway, and other major chains took part in the Paycheck Protection Program, report Jonathan O’Connell and Andrew Van Dam for the Washington Post.

The data was released after a lawsuit against the Small Business Administration by the Washington Post and ten other organizations after the agency initially denied access to the data.

In total, over 75,746 identified franchisees — which license a brand but are owned and operated independently — received $15.6 billion from the government’s emergency coronavirus loan program or small businesses, according to information released by the Small Business Administration in response to a Freedom of Information Act lawsuit.

The franchise owners were eligible because they operate somewhat independently of the national organizations; PPP loans were reserved for businesses employing fewer than 500 people.

On Jan. 15, a third round of PPP funds was opened totaling $284 billion. According to the Post, borrowers who received funds from the program previously may receive another round of funds, but borrowers receiving a second loan must have no more than 300 employees.

The Merit Systems Protection Board responded to a Freedom of Information request filed by Whistleblower Network News that confirmed there is a current backlog of 3,118 federal employee cases at the Board. 744 of the 3,118 are whistleblower retaliation cases are setting in what WNN dubbed “indefinite limbo,” based on the group’s analysis of the records. 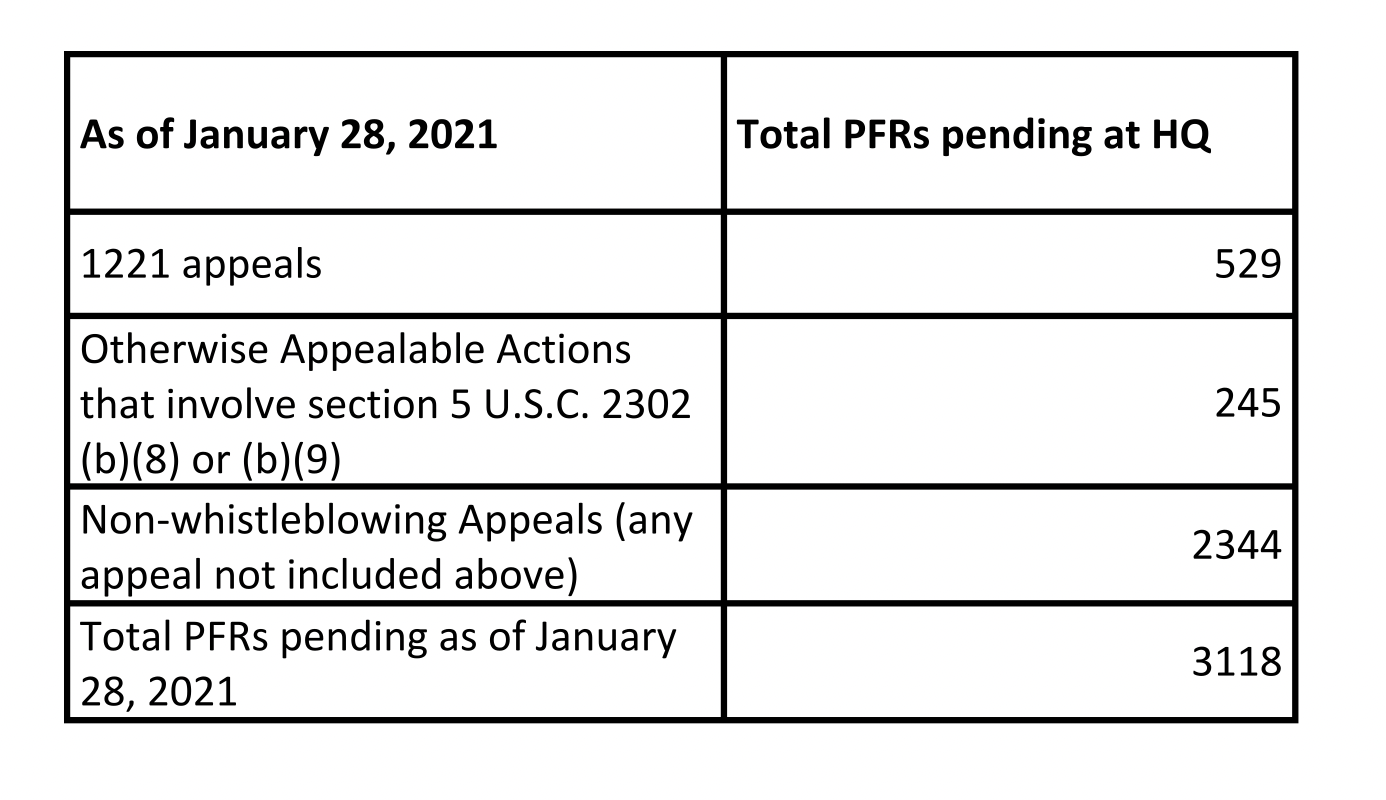 In this case, the Protection Board pulled the analysis from an underlying database,the Board’s electronic case management system. The cases cannot be resolved until the Board issues a final decision. Read more by Geoff Schweller at Whistleblower Network News.

The U.S. Equal Employment Opportunity Commission (EEOC) will begin using a new FOIA portal — which the agency has dubbed the “the 2021 system” — to receive and process FOIA requests and appeals. According to a release from the agency, the new system replaces their FOIA system put in place in 2015. MuckRock users have their requests automatically routed through and synced with the portal, though if you need to log in directly you can access credentials by clicking “Show Info.”

Last Tuesday, Open the Government and the Government Accountability Project sent a letter requesting action from the Office of Special Counsel, a federal agency that protects government employee rights, and the groups argued Michael Caputo’s and Paul Alexander’s edicts impeded the Health and Human Services and Center of Disease Control employee’s free speech rights. It also violated the anti-gag provision in the 2012 federal whistleblower Protection Enhancement Act, which strengthened the protections of federal employees who disclose evidence.

That push comes thanks to documents released to Jason Leopold, reporting for BuzzFeed News, who obtained the cited records. Now, the two government watchdog groups are calling for an investigation into whether or not health officials controlled the message and limit interactions with the media as the pandemic raged throughout the U.S.

According to a recent CNBC article, the CDC revised its COVID-19 testing guidance to say that people who don’t have symptoms “do not necessarily need a test” even if they were exposed to a person with COVID-19, which the public health specialists widely criticized.

On Monday, the House Select Subcommittee on the Coronavirus Crisis released emails from a political appointee within the Department of Health and Human Services that indicated a push for new guidance.

In an email after the CDC testing guidance was reported to other HHS officials, Alexander wrote, “Testing asymptomatic people to seek asymptomatic cases is not the point of testing, for the end, all this accomplishes is we end up quarantining asymptomatic, low risk people and preventing the workforce from working.”

According to BuzzFeed News’s reporting, Caputo and Alexander cannot face any repercussions because they have now left the government. However, the Office of Special Counsel could still order HHS to rescind the orders Caputo issued and remind employees of their whistleblower rights, according to the watchdog groups.

Editor’s Note: The MuckRock Foundation was a recipient of a Paycheck Protection Program loan. Header image by Mike Mozart via Flickr, and licensed under Creative Commons.