One of the frustrating ironies to come out of efforts to collect information on domestic violence is that sometimes the laws meant to protect victims get in the way of obtaining data that could be used to improve services to them. 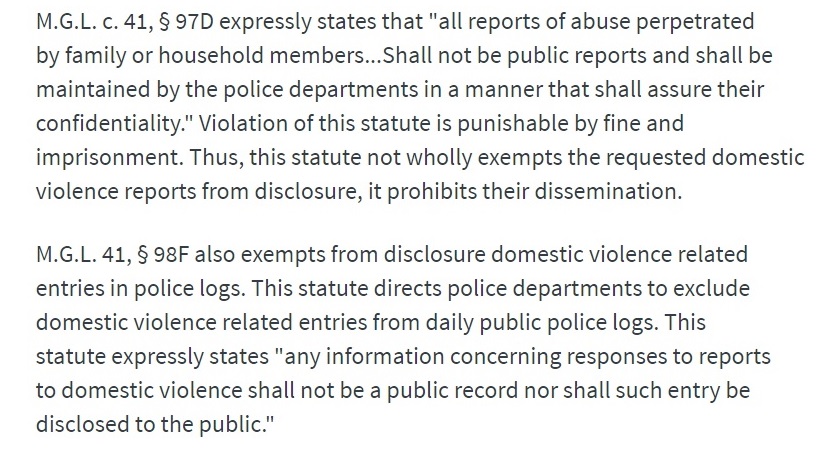 Although the names and addresses could be redacted to protect victims, the Boston Police appear to be making the case that all information must be withheld in full.

An appeal to the Massachusetts Supervisor of Records didn’t say that the department was wrong, but said they must “clarify” whether the information might be kept elsewhere.

As of the date this was written, the department has not clarified the matter beyond reiterating that they have no records “that do not containinformation falling within the claimed statutory exemptions,” so we’ll be following up with another appeal. You can follow the request here.

Image via Joint Base Andrews

Caitlin Russell sent this request to the Boston Police Department of Boston, MA

We want to know the policy on officer-involved domestic violence