Holocaust survivor and tireless activist Hedy Epstein dedicated her long life to fighting for human abuses. Before her death in May at the age of 91, she was active in countless causes, including racial discrimination, immigration policy, anti-war movements, housing integration, women’s reproductive rights, and Palestinian rights. The organizations she founded, led, or worked with are too numerous to recount but it was her involvement in two particular causes which attracted the attention of the FBI.

According to documents released through a Freedom of Information Act request, the FBI monitored her involvement with the pro-Palestinian International Solidarity Movement (ISM), specifically her participation in a protest against the “Israeli security fence near Masha in Israel.”

Decades prior, however, the Bureau was also concerned about Epstein’s ties to various communists in Europe before she moved to the United States in 1948.

Drawing on records from a redacted New York City intelligence agency, the Bureau noted in 1954 that during her stay in England, Epstein may have been a member a German communist group.

There was “unsubstantiated” information suggesting Epstein may also have been a member of the Communist Party in England.

She may have been engaged to an American communist who edited a communist newspaper in the British zone of Germany.

In Holland, she might actually have lived with a communist. (Thunder-clap!)

Cold War-induced speculations about personal ties to communists aside, the Bureau would later become interested in Epstein for her work with the ISM. A document from January 15, 2006 shows the FBI monitored “web logs ostensibly written by the International Solidarity Movement delegation from St. Louis.” The delegation, which Epstein was a part of, was visiting the village of Mash’a in 2003 to protest against the construction of the Israeli wall. 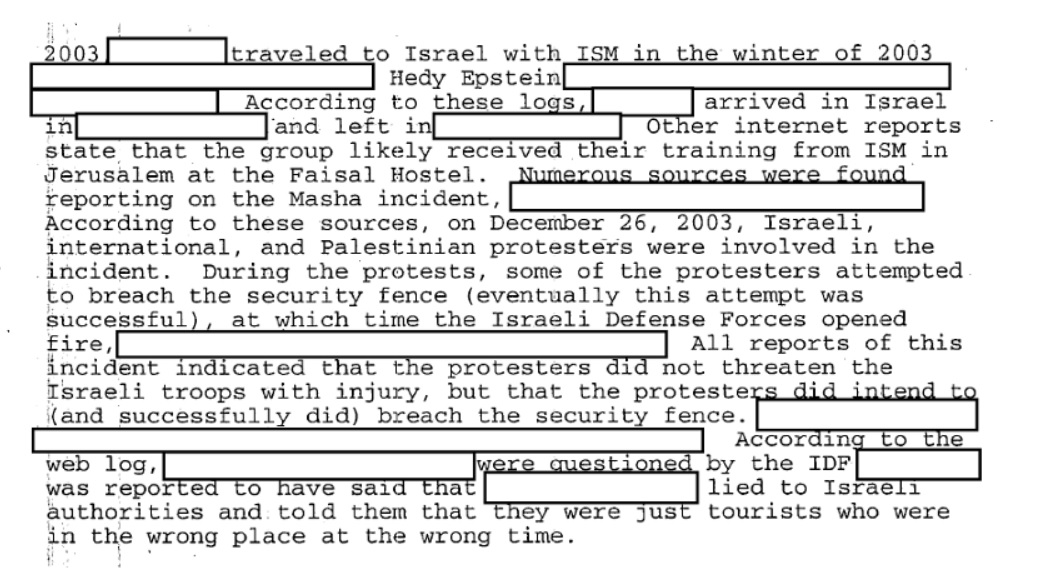 The documents also detail Epstein’s extensive work with Freedom of Residence, a St. Louis-based non-profit dedicated to housing integration. Based on information provided by Hedy Epstein, the Department of Justice (DOJ) asked the FBI to investigate numerous various landlords suspected of discriminating against black tenants. A memorandum from the DOJ in 1974 summarizes the information it received from Epstein about one such landlord. 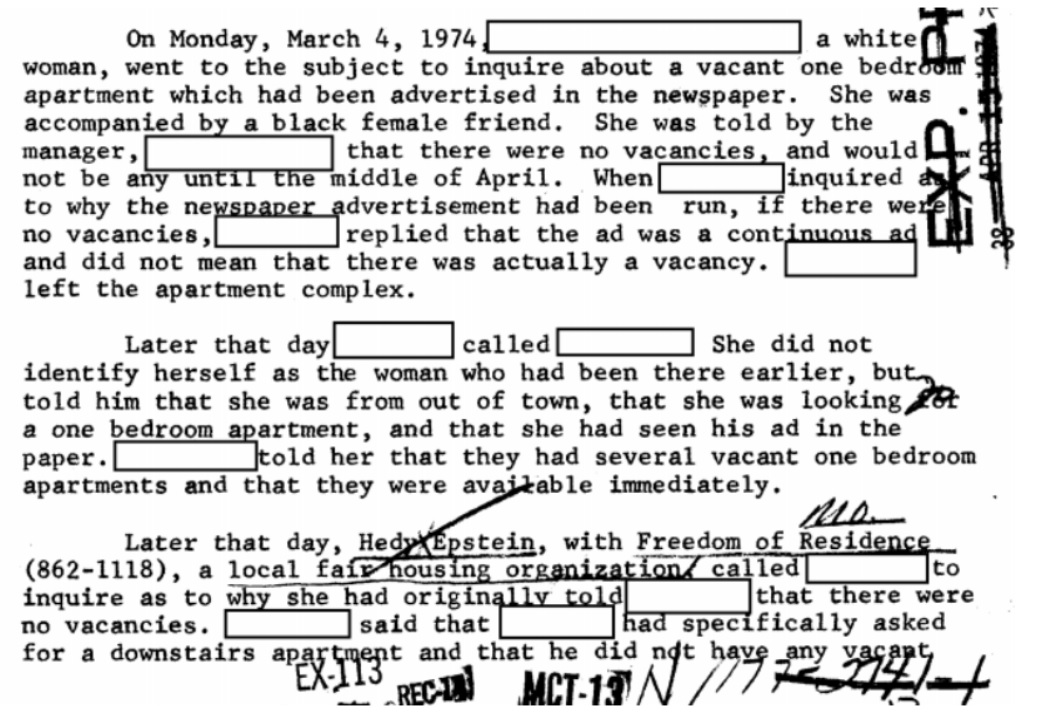 The file on the International Solidarity Movement has been embedded below, and you can read the rest on the request page.