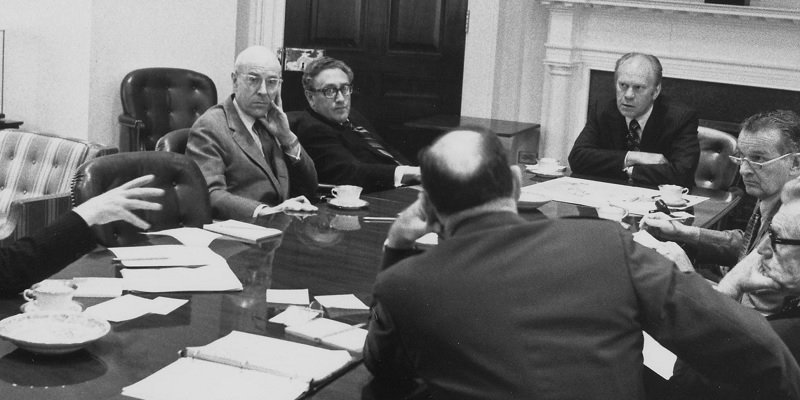 Amid scandal, former CIA Director admitted that you can never really know what the CIA’s up to

A formerly SECRET memo from the White House shows that not longer after Seymour Hersh published an expose in the New York Times about the domestic operations of CIA, President Ford met James Schlesinger, the Secretary of Defense and former CIA Director to discuss the allegations. When asked about the Agency’s role in Watergate, Schlesinger confessed “there is a layer in the Agency which you can never really find out what is going on.”