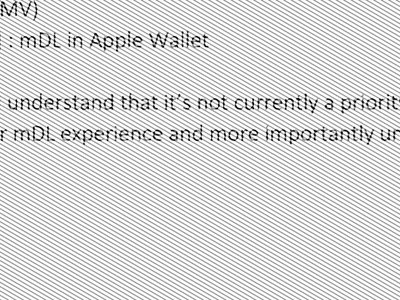 Apple wants your new driver’s license to be an iPhone, but FOIA requests showed states weren’t along for the ride

In June, Apple announced it will add state IDs, such as driver’s licenses, to its Wallet app, rolling out in participating states and at TSA checkpoints this fall. But public records tell the behind-the-scenes story about Apple’s interactions with government agencies when building out the idea, including how a select few jurisdictions were given a heads up as early as 2019, with many others finding out after the public.

Matt Taylor sent this request to the Chicago Police Department of Chicago, IL

Phil Mocek sent this request to the Seattle City Council of Seattle, WA