This guide is published in partnership with The Trace, a nonprofit newsroom dedicated to shining a light on America’s gun violence crisis.

In my work at The Trace, I wanted to better understand why so few shootings in America get solved. I worked with investigative reporting fellow Sean Campbell and BuzzFeed News’s data editor Jeremy Singer-Vine to request violent crime data from more than 50 police and sheriff’s departments. We used some of this data for our story, “Shoot Someone In a Major U.S. City, and Odds Are You’ll Get Away With It,” and posted raw data from 56 agencies online.

We also filed a request to each agency for documents that list all the fields in the databases that they use to track information on major crimes, and that explain how those databases function, such as the data dictionaries, record layouts, and user guides. We got back records from two-dozen agencies, which together cover some of the most widely used law enforcement databases in the country, extending their utility far beyond the cities we reported on (the full list is at the bottom).

For example, the Baltimore County Police Department sent us the 2,000-page user manual for Integraph’s inPursuit Records Management System, which is used to track information on practically every aspect of policing, from traffic stops to property seizures. The manual gives the name and definition of every field in the database, along with screenshots of what the officer would see during every step of the data entry process.

We hope that by posting database documentation like the above, and sharing the strategies we’ve learned for making data requests, we can help you with your own investigations — whether through filing more specific requests, deciphering the results, or pushing back when agencies say release is impossible.

If you’ve been able to obtain documentation for other police databases not already listed, we encourage you to share the records with the MuckRock community for other reporters to use by emailing info@muckrock.com with the subject line “Police Records Database.*

The basics of making a solid data request

This request to the Pittsburgh Police Department for officer staffing data annotateshas some of thea few examples of phrases annotates various clauses that I use’ve found successful use in my data requests. I make it clear that I want data, not PDFs or printouts of tables, and just images of data in a printout or a scan. (not the dreaded scanneds of printouts of spreadsheets), and I try to preempt the most common objections and points of confusion that I’ve run into as a reporter.

In my list of requests for data fields, I The section in my request that lists the data fields that I’m seeking always includes some version of the following:

It’s helpful to cite the provisions in the law, or court rulings, that address the most common objections to data requests.

It can be frustrating when agencies insist that they only need to release a handful of fields, regardless of what the law actually makes public, as if they are allowed to make their own rules for information that is stored as data.

In fact, public records laws often expressly state that the disclosability of information is not limited based on format. To argue this point, I’ve often attached a document that the agency has redacted that contains the same type of information I’m seeking as data. The same rules should apply. For example, the below image shows an incident report generated by the NYPD’s Omniform database that the agency redacted and released as a document, compared to the same report, but revealing only what’s in the crime data that the NYPD posts online. The document version gives a much clearer picture of what happened. The online data doesn’t even include a column indicating whether the crime involved a weapon. 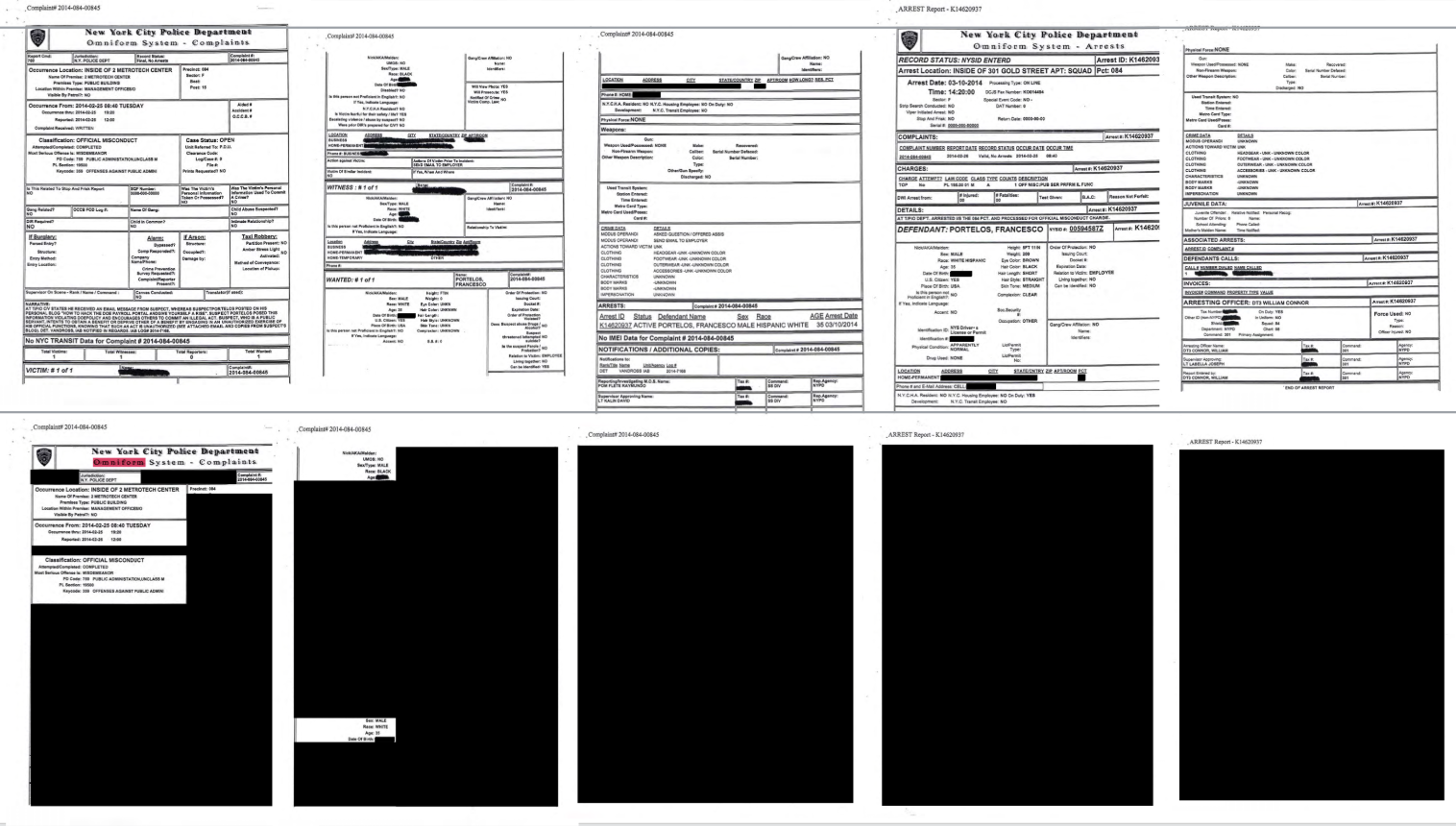 Your writing could make or break your request

Think of your initial request and all communication that follows as legally-binding documents. The records officer is entitled to take everything you write very literally, and if you must appeal, it could all wind up in a court file.

Once you’ve received data, make sure you got everything you requested. Frame any follow-up as missing records, not as questions. The law does not require agencies to answer questions.

“I received records on 500 homicides, yet your agency reported 600 homicides to the FBI. Please regenerate the data to include the missing 100 homicides…” is allowed.

I scan my follow-up emails for question marks and rewrite those sentences as statements.

Don’t assume something has been withheld for nefarious reasons. It’s often a mistake in the query or a misunderstanding. Be friendly but firm in stating your rights.

Learn as much as you can about the database

It’s always a good idea to learn as much as you can about the database before making your request.

How we got the documentation for police databases

We obtained these documents by filing a very simple request to each agency for:

Agencies often cite security concerns or trade secrets to deny requests for the database documentation, or they simply claim the records don’t exist. To counter the first two objections, look for provisions in your open records law, or court rulings, that explicitly address database documentation, metadata, and employee manuals. To counter the argument that the records don’t exist, you could look through state regulations, contracts, and RFPs for stipulations that data dictionaries and other documentation be included with databases.