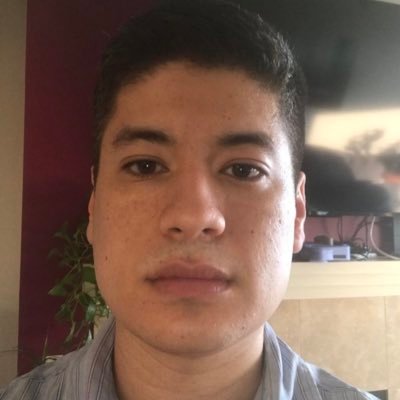 Ken Klippenstein is a senior investigative reporter with The Young Turks and a self-described “FOIA nerd.” His recent public records work has focused on the impact of the government shutdown in January, U.S. political support for Saudi military involvement in Yemen, and campaign finance transparency for potential 2020 presidential nominees.

For our Requester’s Voice series, Klippenstein spoke with us about his love for FOIA, public records reporting during a government shutdown, the perks of going viral, and the “symbiotic relationship” between journalism and activism.

Your Twitter bio describes you as a “FOIA nerd” - how long have you been requesting? And what is it you find so important or interesting about public records reporting?

I would say I caught the FOIA bug pretty early on. I started getting into it when the CIA torture report was released under Obama [in 2014]. I remember reading about [Deputy Assistant Attorney General] John Yoo, and the work he did to provide the legal justification for the war on terror torture program. So, I FOIA’d for his email and found out he wasn’t doing any TV interviews, that he was really just avoiding having to respond to the revelations in the report. People really responded to this story, they were really interested in this. After that, the floodgates were opened and I haven’t really stopped filing since. The thing is, documents are fun! I remember issuing hundreds of requests a month after that first one. It’s so interesting just to see what comes back to you.

I believe we have the best open records laws of any country in the world, and it’s definitely something I take advantage of, and that I think more people should take advantage of. I get a lot of people, young journalists, etc. asking how I “made it” or whatever, and while I’m no expert, a big part of it for me was breaking new stories, with primary source documents to back them up. And FOIA is a great way to do that.

What are some of the more challenging FOIA requests you’ve submitted, or obstacles you’ve faced in getting a response?

I’ve filed probably thousands at this point, so there are a bunch that would fall under the umbrella of being extremely frustrating. I would say that though there are ways you can improve your chances, nothing’s going to change the fact that institutions want to protect themselves and the people that they work for - that’s almost a truism I feel like.

I said before that we have the best open records laws in the world, as far as I know, but there’s still room for improvement and one way to improve it would be to have a true Freedom of Information Act instead of what I call a “Freedom of Records Act.” One problem is you have to know the name of the records. And with intelligence agencies and law enforcement agencies, it’s extremely hard to know the name of the record you’re asking for unless you have a source inside. So, I think the next step is to make it so that you don’t have to know the title and location of a record and can still ask someone do a good faith effort to try to find something responsive to what you’re looking for.

The other problem is that federal law enforcement and intelligence agencies in general just have huge backlogs that they don’t appear to be very interested in cutting back significantly. I still have hundreds of requests still in waiting that I filed when I began to be a reporter and have been in there for years now. So, it would be nice to do something about the backlog, but that doesn’t appear to be a priority.

That’s technically against the law, right? Waiting on a request that long?

Yeah, but that’s the other problem with FOIA: there’s no real enforcement mechanism.

Have you seen any real backlash or tangible change come out of your FOIA reporting?

I tend to be a little skeptical about what Journalism can change absent a social movement. So for example, when Black Lives Matter happened suddenly it became a lot easier to report on police misconduct in a way that it was much harder to do so before, for a number of structural reasons. One being that people wanted to read the stories now, suddenly. Another being the relationship that newspapers and media try to cultivate with law enforcement, and suddenly there was enough public interests to justify casting a more critical eye. And then, if they get mad, it’s like well the public wants to know this stuff. So that’s an example of a social movement that made it so that the reporting could really have an impact. And absent that broad-based, organized, articulate public engagement, it’s very challenging for the reporting to have much of an effect beyond reaching niche groups.

So, anytime I do a story - you mentioned ICE - and I perceive there’s enormous public sympathy for the points I’m raising in the story, like that ICE is becoming increasingly militarized, I get a lot of messages from people asking how they can help.

And you could look at the family separation policy: the majority of the country opposes it and I think maybe even half of republicans oppose it, which is astonishing. But absent some kind of like, organized movement, it’s just gonna be sort of dissipated dissatisfaction, which is I think where we’re at unfortunately. But if it comes along, then journalism can have a greater impact. Another example would be the Vietnam war, and the amazing reporting that took place back then. So, there’s a symbiotic relationship I think between public social movements and reporting.

Have you ever seen any change or impact from a piece you wrote or a request you filed?

So, I did one on a Democratic congressman’s vote against this bill that would have essentially ended U.S. support for the Yemen war in December of last year, and the politician issued and apology after it cause I found that - well, he’s one of very few Democrats to vote with republicans on this bill that would have ended U.S. involvement in this horrific war that’s seen mass famine, the biggest cholera epidemic in recorded history, etc. And so I sort of went down his record showing the defense contractor money he’s taken, meetings he’d taken with representatives of the Saudi government, and also voting against a bill that would have barred cluster bomb transfers to the Saudis. So, he issued an apology on twitter saying he should have been more engaged in the Yemen cause. And they recently introduced a bill very similar to it and I imagine he’s going to vote the right way on that, so I would say that’s something that’s made me feel really good because Yemen is just such a terrible humanitarian catastrophe.

Some more of your recent reporting is focused on the government shutdown. What was doing FOIA reporting during the shutdown like?

It was a nightmare. FOIA shut down. As you know, government shutdown is a bit of a misnomer because much of the defense department is still open, the law enforcement and intelligence agencies are still open. It’s a very selective shutdown, and it appears to me that a lot of things get shut down that are social services that a lot of people rely on, that are outside of the military/law enforcement world. And, of course, open records stuff. So it was devastating for FOIA, but it’s kind of what you’d expect - if they’re going to have to do triage and pick what they have to keep, they’re probably not going to keep transparency. I had to just develop sources in different agencies who could leak me things. And that’s what’s going to happen - they complain about too many leaks, it’s like, well, if FOIA is becoming impossible to use people are going to have to start getting leaks. I would think that if they wanted to cut down on leaks, they would just improve FOIA.

What do you think the immediate future holds for FOIA under the Trump administration?

I was very concerned initially, and [the Trump administration] has had a negative effect on FOIA. But I don’t know that they’re competent enough to roll back some of the transparency we’ve been able to win over the last several decades. I’ll give you an example: I got a State Department FOIA back showing that the Israeli government was urging Trump not to cut off aid to the Palestinian territories because they said it would create a major security threat to the country, which any serious person would know. But it’s amazing because it came from the Israeli military. And not only did they give me that, the Israeli embassy when I FOIA’d them also identified who within the Israeli military gave them that information and then they identified the person in that document as a confidential informant or something. I was shocked that they didn’t redact it, and when I reported it it sounded like the Israeli government was really upset that the State Department FOIA office had released it.

What I learned later from someone else in the state department is that the Trump administration has been taking people they perceive as not politically loyal and putting them out to pasture in the FOIA offices. They don’t necessarily want to fire them all, because that looks bad, and so they just move them to the FOIA office. Well, what happens when you do that is you get a lot of pissed off people in the FOIA office who will give me documents on Israel that maybe they weren’t supposed to. So, all that is an illustration of how the Trump administration doesn’t appear to think very long-term in terms of like how they would railroad FOIA.

A lot of your tweets that go viral are very political, or are comedic commentary on the political situation. To what extent do you think your twitter fame helps promote your journalism?

Honestly, it’s everything. This is something I think about sometimes: has the internet been good or bad for journalism on net? And I don’t really know if there’s a good answer to that. There are no jobs anymore because the subscription model is dead. However, weirdos like me who didn’t go to journalism school and sit around and call people and just don’t live in NYC or DC and do a lot of FOIA, now there’s room for us.

I think it favors a different kind of reporter, so I think there’s a lot more room for very online and maybe even more outwardly progressive individuals to make it, because there’s a way to access an audience that just wasn’t there before.